How It’s Made: Zika Edition

I had to draw a virus for a comic, but I quickly realized I got a lot more than I bargained for 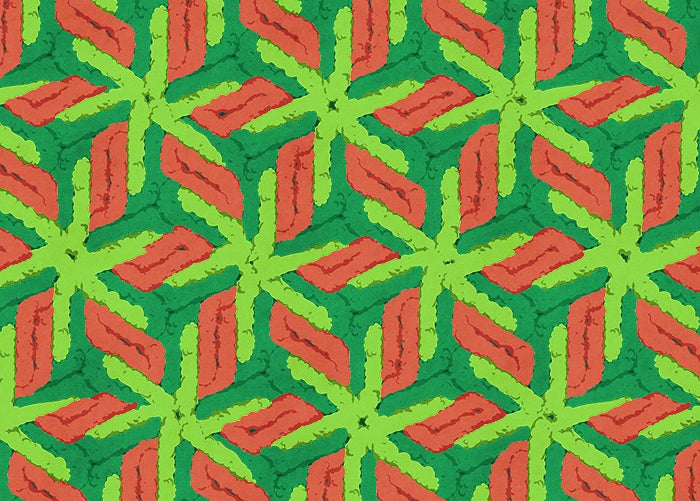 I love drawing viruses. They’re like tiny battle robots, where each one has a different technique or weapon it uses to complete its mission: bypass the host cell’s defenses and reprogram it to produce more viruses. Some worm their way in through a back door in the cell membrane, others have spider legs and drill right into them, and many cloak themselves in envelopes made from their host’s own cell walls in order to evade the immune system. So when I was drawing a comic about the Zika outbreak in South America, I naturally looked up the virus. I wanted to know what my enemy looked like.

I didn’t expect it to be so pretty. The Zika virus surrounds its capsid (the protein shell containing its genetic code) in a soccer ball-shaped envelope. The proteins that make up the envelope are understandably complicated, but even I could appreciate their tessellated arrangement.

This structure was only recently revealed, as scientists rushed to combat the epidemic already in full swing in South and Central America. See, before a virus can be fought, we have to know how it’s shaped. The virus structure can give scientists all sorts of insights into how it enters cells, how it evades the host’s defenses, or how it can be broken. By knowing what proteins a virus uses to interact with the host cell membrane, antiviral medications can be developed to block these receptors. Viruses with a lipid envelope, like Zika, are vulnerable to alcohol-based hand sanitizers, which break apart its protective shell. If scientists can pinpoint its identifying markers, vaccines can be produced to help train the host’s immune system into finding and destroying the virus.

Once I knew what my enemy looked like, all I had to do was draw it. Working from reference images, I struggled for a while to create a likeness of the virus. Drawing a pattern that wraps around a sphere is difficult. Luckily, I could cheat a little: The key is that the envelope proteins are arranged in icosahedral symmetry. All I really had to do was draw one triangular section. Like so:

Then I copied the drawing and rotated it 180 degrees.

As you can see, once I have the first piece, the rest of it is just a matter of copying and pasting new ones into place until I had the image you saw at the top of the post.

From there, I could use Photoshop to create the illusion that the pattern was wrapped around a sphere—a filter appropriately named “spherize”. Go figure.

After a few tweaks, my virus was complete, and ready for its appearance in one panel on the first page!

Ugh…now for the rest of it…

If any of you ever wondered how long it takes to draw a comic, this is a good indicator. Some panels take hours of research, sketching, and execution. Others I can draw with my eyes closed. Sometimes a single panel will break an entire comic. But this is what makes my job fun. It feels good to come away from a comic with a new skill, technique, or knowledge about a subject. Because I don’t have a background in science, every comic is a challenge, and I need to make sure I know my enemy.

Read my latest comic for Fusion: Everything you need to know about the Zika virus

Want to take the deep dive on Zika’s structure? Check out the article in Nature: Structure of the thermally stable Zika virus.