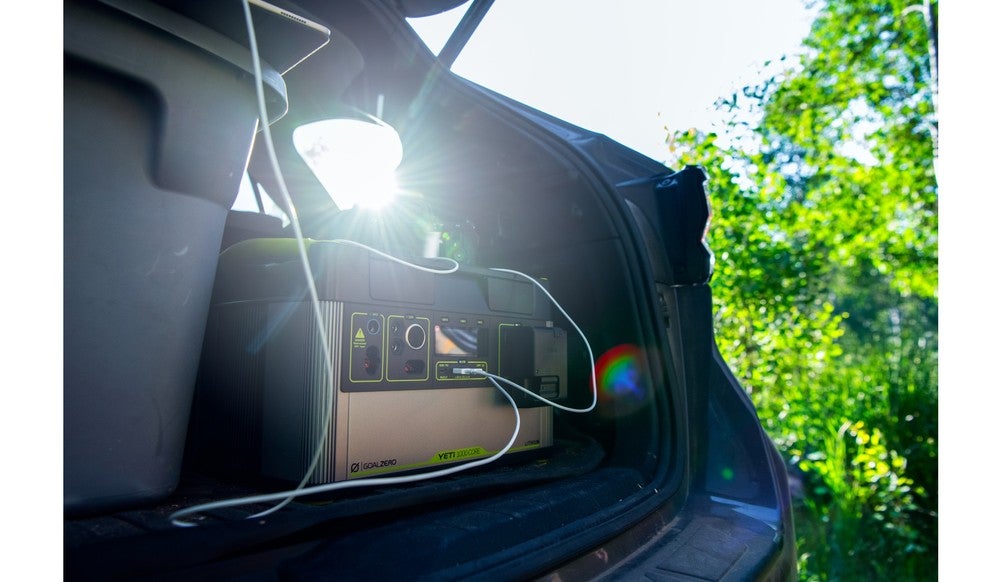 Once you’ve lived with a generator it’s hard to go back. Maybe you’re looking for something to take with you on backwoods camping trips or perhaps you’re getting ready for storm season and you want a simple, reliable way to power essential gadgets when the grid isn’t an option. Either way, a portable power station fits the bill. But one thing you don’t want is the added cost or pollution of anything gas-powered. Luckily, Amazon has the excellent Goal Zero Yeti Core Portable Power Station for $899 right now, which is as cheap as this top-tier solar-compatible electric generator has been this year and $100 off of its regular price.

The Goal Zero Yeti Core earned a spot on our list of the best solar generators as the camping pick. Yeti has earned its burly reputation for some of the most rugged power products available on the market and this backup system is no exception. It stores 983Wh of power and weighs just under 32 pounds, which is considerably less than other electric options, let alone gas-powered models.

Plug the included 120-watt power supply into any 8-millimeter charging port to recharge the Yeti in 9 hours (or add a 230-watt power supply to half the recharge time). You can then use the Yeti’s pair of standard AC outlets, a regulated 12V output, plus USB-A and USB-C ports for charging smaller devices. You can expect roughly 20 laptop charges or more than 80 full charges for your smartphone out of one full battery. It can also run a portable fridge for up to 15 hours, depending on power draw.

You can also charge the Yeti Core via optional solar panels, though these aren’t included with this package. You’ll want to pick up either the 100-, 200-, or 300-series solar panels to harness the sun’s energy and turn it into usable energy.

This deal only goes until April 18, so jump on it now unless you want to be bored when there’s a power outage in May and you use up all of your phone’s battery watching TikToks about how to make ramen fancier than it would be with the basic spice packet. With this generator, you could even run a hot plate to make that ramen, night or day rain or shine.