How hydroponic gardening can help you 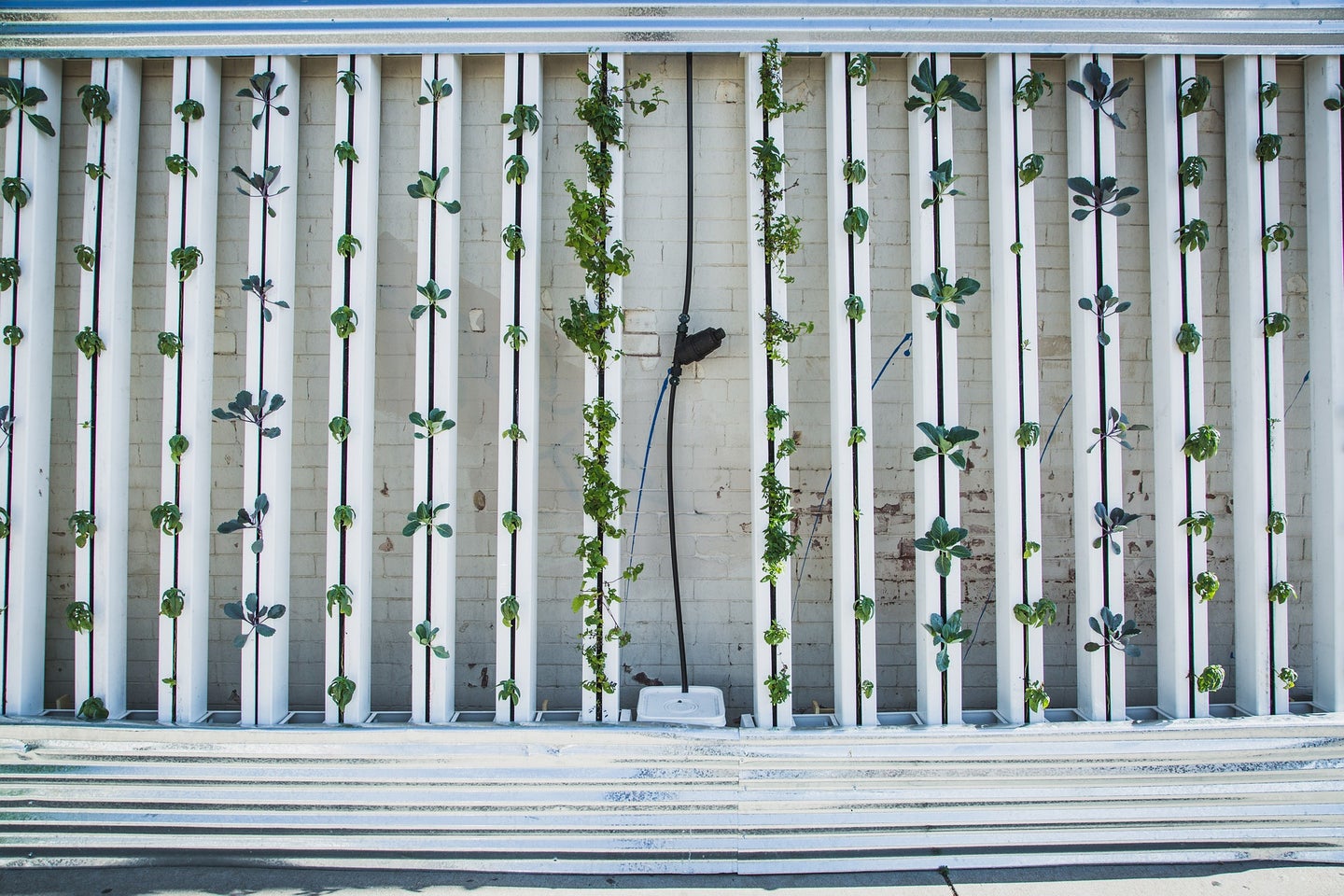 Nothing tastes better—or makes prepping dinner easier—than walking out your back door to grab lettuce or tomatoes from the garden. Fresh produce contains more nutrients, tastes better, and is often cheaper than the fruits and veggies at your local farmers’ market. But gardening also requires more time and effort, not to mention space and a green thumb.

What is hydroponic gardening?

Hydroponics encompasses several methods of using nutrient-infused water to cultivate plants without soil. Aeroponic gardens, for example, use misters to bathe plant roots in nourishing water vapor, while aquaponic setups pump nutrient-rich water from tanks of fish or snails. Hydroponics also uses a number of different types of systems, from shallow, tabletop-style trays with irrigation lines for watering plants, to water-filled tanks full of floating plants with their roots immersed in a nutritive solution. Which to use will depend on what you’re growing and the space you have available, but tower systems—vertical hydroponic growing stands—are often the most popular, and make the most sense, for backyard gardeners.

No matter how you grow, your crops are nearly guaranteed to be more flavorful and nourishing than anything you’ll find at the supermarket.

That’s partially because keeping plants alive until they’re ready to be consumed prevents them from losing vitamins, minerals, and antioxidants. On the other hand, the average piece of store-bought produce was picked 10-11 days ago and traveled 1,500 miles to reach the shelf, its nutritional value shrinking every day. That could mean store-bought produce has less than half of its original nutrients, according to Troy Albright, co-founder of True Garden and Tower Farms in Arizona. So, that spinach or kale you picked up at the supermarket probably isn’t as packed with vitamins and minerals as you think.

Another bonus of hydroponic gardening? Plants in hydroponic systems get just the right amount of water—it’s easy to over- or under-water traditional beds—so they tend to grow faster. Sometimes as much as 20-30% faster, which means more greens, tomatoes and herbs for the family table in a lot less time.

This is supported by a 2014 University of Mississippi study that found hydroponic tower gardening yields were up to 53% higher than traditional in-soil crops and that the nutritional content of the aeroponically-grown leafy greens and fruits far surpassed their store-bought counterparts.

Although hydroponics sounds like a gardening method that requires a significant amount of liquid, it actually needs much less than traditional in-soil agriculture. Since hydroponic systems are usually closed, recirculating systems, the same small amount of water is fed through plant roots again and again, minimizing waste. Most systems use at least 95% less water than would be required in traditional gardening, which could mean using less than 1 gallon per head of hydroponically grown lettuce instead of 20 or so on a head planted in the ground.

While traditional vegetable gardens are popular with rural residents and suburbanites with generous backyards, half the people in the U.S. live in urban areas. Fortunately, even urbanites in studio lofts can grow using hydroponic systems, as they take up 90% less space than a soil plot. Albright, for example, is able to grow 10 times more in his vertical hydroponic greenhouse than he would if he used traditional planting methods.

Growing vertically also means you can use rooftops, balconies, and even sunny corners of your living room (or not-so-sunny corners if you have the proper LED lights), to grow vegetables and flowers year-round. Hydroponic towers from Lettuce Grow—they call them Farmstands—take up no more than 4 square feet. Other models may have a slightly larger footprint—the Tower Garden from Tower Farms covers 6.25 square feet—but can produce about as much food as a 40-square-foot raised bed.

If the water and space savings aren’t enough to convince you, maybe the reduced effort involved in planting a backyard garden will. Whereas traditional gardening requires raised beds, numerous bags of heavy soil, fertilizers, compost, constant weeding, and probably pesticides and herbicides, hydroponic systems require none of that.

But there’s still a learning curve. While you can skip traditional fertilizers and pesticides (which means no chemicals on or in your food), you’ll still have to determine what nutrients you should add to your system to help the plants thrive. This is important because nutrient concentrations can change more rapidly in hydroponic setups than in soil. An imbalance of minerals like nitrogen, calcium, and iron can mean lackluster growth or none at all. The best source for this kind of granular advice is often the people who have been getting their hands dirty for a while, so if you want flourishing greens, check with experienced farmers or growers if you can.

The only potential downside to hydroponic systems is that they generally have to be plugged in. That means a continuous supply of power is required to keep the pump circulating water. However, the cost of electricity is usually quite manageable, Pechenik said.

There’s also the price tag to consider. Many all-inclusive, vertical hydroponic systems with pumps, lines, nutrients and 20-plus plant ports hover in the $400-$600 range, but smaller versions are available for as little as $200. Still, for raised beds, soil, irrigation lines, fertilizer, and gardening tools, you can often expect to invest at least twice that amount.

Some systems can be purchased as a kit, while others, like those from Lettuce Grow and Tower Farms, come with memberships and Community-Supported Agriculture programs, or CSAs, that also provide seedlings and advice to maximize successful harvests.

How to get the most out of your hydroponic garden

To get started with hydroponic gardening, figure out what plants grow best in the season, system, and region you’re looking to grow them in. Once you’ve got a list, “grow what you love to eat,” Albright says. That way, tending to and harvesting the fruits of your labor will be a joy.

Then, plant seedlings instead of seeds.

“Germinating seeds can be tricky, and success unpredictable,” Pechenik says.

Buying seedlings from a local nursery will not only get you off to the best possible start, but it’ll mean you’ll be harvesting your produce in much less time.

“With hydroponics we are able to bring food production closer to population centers with limited outdoor space,” Pechenik says. “It’s a more efficient use of time, resources, and space. And the flavor of the veggies you grow will be the icing on the cake, because they taste best—and deliver the most nutritional value—when you can harvest just before eating.”