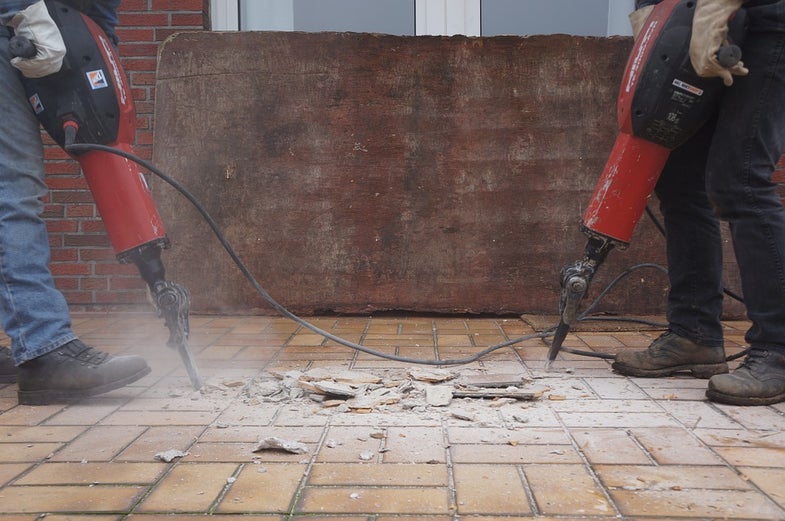 For 50 million Americans, allergies—often to things like pet hair, pollen, or nuts—can be simply irksome or even life threatening. Very few, though, have a mysterious allergy to vibrations, called vibratory urticarial. Running, jackhammers, lawn mowers, even bumpy bus rides can cause a person to break out in hives, develop a rash or a headache, or feel fatigued. While the allergic reaction is pretty mild, the root cause of the allergy puzzled scientists. Now a team of researchers from the National Institutes of Health (NIH) has figured out that a genetic mutation causes this rare allergy, according to a study published yesterday in the New England Journal of Medicine.

Here’s what the researchers think is going on. The ADGRE2 gene acts as the blueprints for the body to create ADGRE2 protein, which is present on the surface of many of the cells that regulate the immune system. If the gene is normal, the proteins can fit neatly into their designated spots on the cell membranes. But the mutation causes the ADGRE2 protein to be slightly less structurally stable. When vibrations hit the body, they break off part of this protein, causing those immune cells to act as though there’s something harmful in the body and to produce an immune response.

Now that scientists know that some wonky proteins play a role in sounding the body’s allergic alarms, they might be able to better understand the effects of other types of allergens, according to a press release from the NIH. But it might also provide new links between genes and allergies, something that scientists have long suspected but have not well understood.