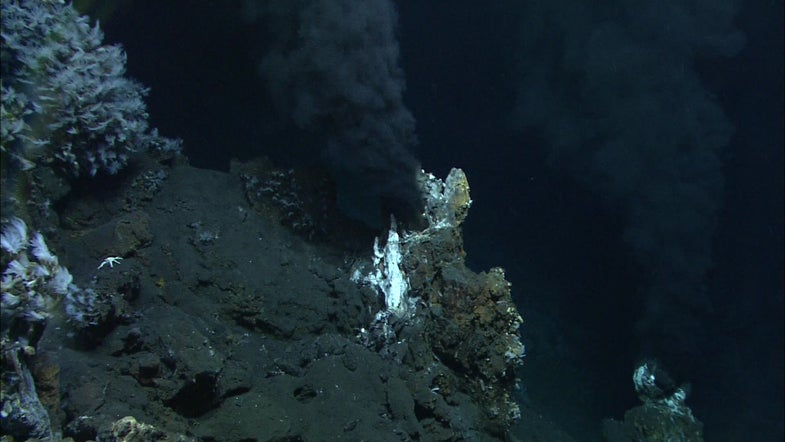 On hot vents deep underneath the Atlantic and Pacific oceans, there lives something unusual: a gene that fights bacteria. The gene belongs to a microscopic organism, scientifically named Aciduliprofundum boonei, that lives in the extreme environments atop undersea thermal vents all over the world.

What’s weird about the gene is that many totally unrelated organisms, in the sea and on land, also have it. One new study found related genes in certain aphids, mossy plants, microscopic bacteria-eaters called phages, viruses, and even bacteria. Meanwhile, another team recently found a second gene that shows up in both bacteria and deer ticks. Insects, bacteria, and Aciduliprofundum all belong to different domains of life, so you wouldn’t expect them to have genes in common with each other. Aciduliprofundum are Archaea, one-celled organisms that are as different from bacteria as humans are. “They could not be more different in their cellular makeups,” Seth Bordenstein, a geneticist from Vanderbilt University in Tennessee who led the Aciduliprofundum study, tells Popular Science.

You might not even expect the same gene to work in all these different forms of life. Then again, maybe we’re all more alike than we think. Genetic engineers have been able to transfer genes from bacteria into many related organisms and have them work. “There’s no conceptual barrier saying that this couldn’t happen,” Bordenstein says. 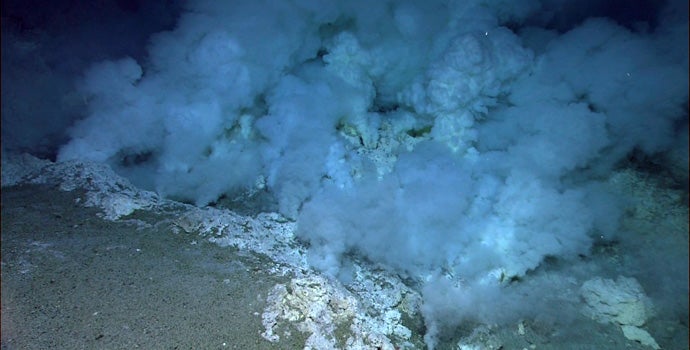 Both the deer-tick gene and the Aciduliprofundum gene originally came from bacteria, which are known to be sort of loosey-goosey with their DNA: Bacteria of different species are easily able to share genes with one another as long as they’re near each other. It’s much more rare to see bacteria share genes with species from other domains of life such as Archaea. Still, Bordenstein thinks the recent discoveries are a herald of what’s to come. “We predict that findings like this will be more common in the future, particularly as more genome sequences from diverse organisms get entered into databases” where evolutionary biologists like Bordenstein’s lab can find them.

Findings like these illuminate a weird corner of evolution, which is fun. They may also be helpful to medicine in the future. They show that Archaea and other organisms can have antibacterial genes and may be a source of novel antibiotics in the future. Antibiotics now often come from fungi and bacteria, altered with a little human chemistry.

Bacteria use the gene, which creates a cell-dissolving protein, to dissolve their own walls when they want to divide, but the other organisms can use it to kill bacteria. “Bacteria are everywhere on the planet,” Bordenstein says. “Every organism has to have a way of defending against potential bacterial parasites or pathogens or even scavenging on bacteria.” In a series of experiments, Bordenstein and his colleagues demonstrated that sometime during the development of life on Earth, the various organisms they studied, whenever they got the change, each absorbed this one gene from bacteria. Aciduliprofundum, Bordenstein and his colleagues report, use the gene to outcompete bacteria that also live in vents deep in the sea.