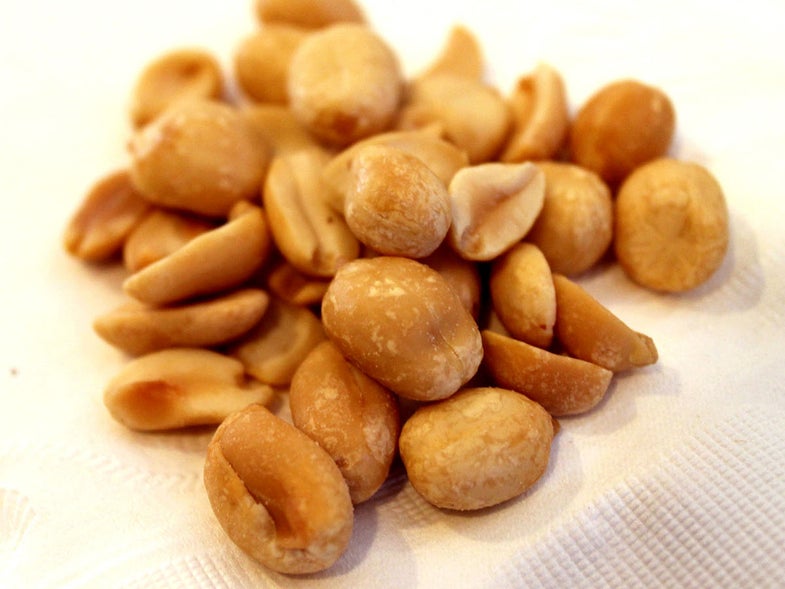 From 1997 to 2010, the number of Americans with peanut allergies quadrupled. To combat the surge, the American Academy of Pediatrics created guidelines in 2000, suggesting children under the age of 3 should refrain from eating peanuts. In 2008, when this didn’t seem to have any impact on the rising number of peanut allergies, the AAP retracted the recommendation. Now, a team of allergists has published a study that flies in the face of those recommendations, arguing that it is actually beneficial to feed peanuts to infants with a high risk of developing the allergy.

The U.K.-based researchers looked at what they considered “high risk” children between the ages of 4 and 11 months. That means the infants had already developed eczema and/or an allergy to eggs. However, the researchers excluded infants that showed early signs of already having a peanut allergy (perhaps because the experiment would have been too dangerous for them). Half of the 640 infants tested were asked to eat peanut-containing foods at least twice a week until they turned 5, while the other half had to avoid eating peanuts in any form until the same age.

This isn’t the first time scientists have tried to fight fire with fire (or peanuts allergies with peanuts, in this case). In 2013, a study found that putting peanut powder under the tongue of a person with a peanut allergy helped increase tolerance. Then in 2014, researchers had good results giving kids with peanut allergies small, but increasing, amounts of peanut protein to work up their tolerance.

The study, published in the New England Journal of Medicine, was accompanied by an editorial. Both papers called for a revisit to the guidelines around the world regarding how to combat peanut allergies. “This is an important clinical development and contravenes previous guidelines,” lead author Gideon Lack said in a press release. “Whilst these were withdrawn in 2008 in the U.K. and U.S., our study suggests that new guidelines may be needed to reduce the rate of peanut allergy in our children.”