The Chalk River nuclear reactor in Ontario doesn’t sell a watt of electricity. Never has. But when it sprang a... 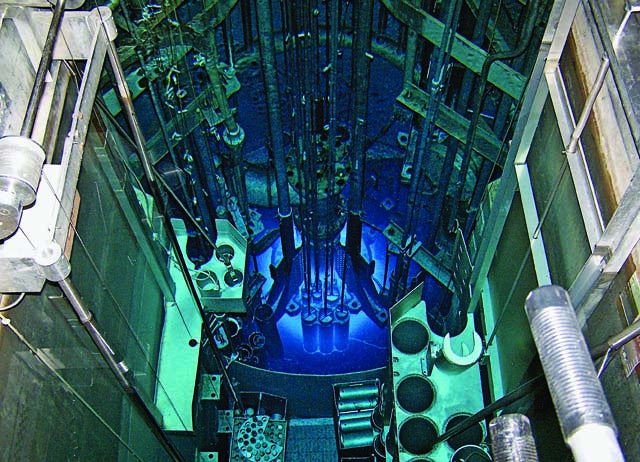 The Chalk River nuclear reactor in Ontario doesn’t sell a watt of electricity. Never has. But when it sprang a leak and shut down this spring, it threw a multibillion-dollar industry into crisis. Before it broke, the reactor produced nearly two thirds of the U.S. supply of molybdenum-99, or Mo-99, the isotope behind 16 million critical diagnostic medical tests each year. In July, things got worse: The Dutch reactor that supplied the remaining third shut down for a month of repair work.

Nuclear imaging is used on tens of thousands of patients every day to take pictures of their hearts, lungs, kidneys, bones, brains and other organs. Doctors inject isotopes into a patient and use a radiation-sensitive camera to locate blood clots and tumors or to diagnose seizures, among other things. Mo-99 is critical for about 80 percent of all nuclear-medicine tests because as it decays, it releases a daughter isotope called technetium-99m, which is energetic enough for the camera to see, but its short, six-hour half-life means it conveniently decays to practically nothing after 24 hours. Unfortunately, Mo-99 can’t be stockpiled for more than a few days.

With the two main reactors down, Mo-99 became scarce. “We were getting 10 percent of what we normally get,” says Michael Graham, president of the Society of Nuclear Medicine. “We had to cancel and postpone tests throughout the country.” Doctors resorted to procedures that were less effective or that exposed patients to higher radiation levels. Some tests, such as one that tracks the spread of cancer from breasts to lymph nodes, have no substitute, forcing patients to wait in line or do without.

Just five reactors supply 95 percent of the world’s Mo-99, and they’re all past their prime. A nuclear reactor’s average life span is 40 to 50 years. Chalk River is 52 years old. The Dutch reactor—which came back online in August—is 47. The other three, in France, South Africa and Belgium, are 42, 43 and 47, respectively. In 1996, Canada boldly tried to replace them all with its own two-reactor facility, called MAPLE, that would pump out enough Mo-99 to supply the whole world. Other reactor-builders, figuring they would be crushed by MAPLE’s massive output, stayed out of the isotope-making business. But MAPLE engineers found a set of flaws in the reactors, and last spring, after spending $600 million—several times the project’s budget—Canada officially killed it. “That was our big ‘oh, sh-t’ moment,” says Steve Mattmuller, chief nuclear pharmacist at Kettering Medical Center in Ohio. “We were right back where we were 20 years ago, but now our reactors were 20 years older.” 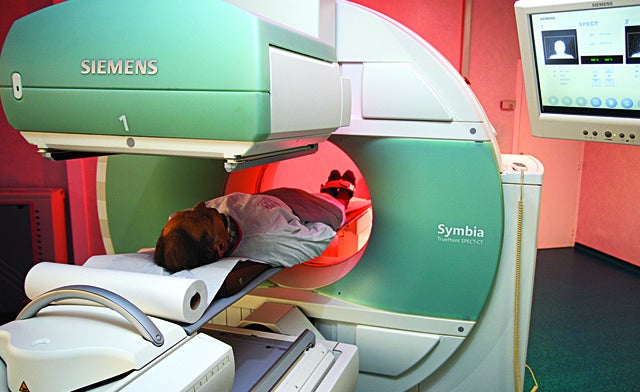 Left in the Dark

Since the MAPLE debacle, two long-term solutions have been put into motion. The nuclear-power firm Babcock & Wilcox plans to build a facility to supply half the U.S. Mo-99 market. And this summer, Congressman Edward Markey of Massachusetts introduced a $163-million bill for domestic Mo-99 production, some of which could be used to retrofit a reactor at the University of Missouri that could fill the other half. But neither project are likely to be done before 2012.

The Mo-99 supply is back to 70 percent, but not for long. The Dutch pushed January’s six-month maintenance shutdown back to the spring in hopes that the Chalk River reactor will be back up by then, but the repairs are so extensive that the Canadian government might shut Chalk River down for good. With the two largest suppliers out, the world will again be forced to scrape by.

As Mo-99 production trickles, certain procedures may once more become the high-stakes guessing games that they were before radioactive diagnostics. During this summer’s drought, Jim Ponto, chief nuclear pharmacist at the University of Iowa Hospitals and Clinics, had to put patients on a weeks-long waiting list. One of his patients opted to skip a Tech-99m procedure that would measure the spread of her cancer and minimize the extent of surgery. She couldn’t bear waiting a week for the test and instead went straight to the operating room. Cases like hers make Ponto nervous. “The cancer could spread,” he says, “and the doctor would never know it.”