A new tactic to combat addiction 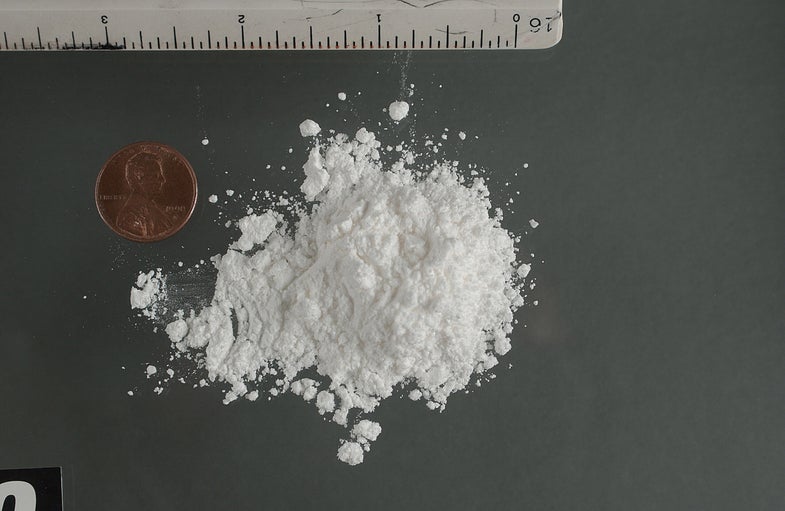 Combatting an addiction is far more complicated than stopping the chemical cravings—a person can associate places or other people with drug use, making the habit much harder to kick. Now a team led by neuroscientists from the University of Oxford have used light to alter mice’s memories so that they no longer associate particular locations with cocaine, according to a study published this week in Nature Neuroscience. Eliminating that association might present a whole new way to treat drug addiction.

In the study, the researchers trained mice to associate a particular space with cocaine. Over time, they preferred to hang out in that space over the other places that were associated with a simple saline solution. They suspected that neurons in the hippocampus, a seahorse-shaped part of the brain that is essential for long-term memory and spatial navigation, were responsible for that association, but they didn’t know exactly which neurons were responsible.

To figure it out, the researchers injected the mice with a chemical that caused the neurons to produce a light-sensitive protein when the mouse was in the cocaine-associated area. They found 133 neurons that lit up and implanted light-transmitting fibers near the neurons in the mice’s brains. When the researchers used light to turn off those spatial mapping neurons in the hippocampus, the mice no longer preferred the cocaine-associated area. To the study authors, that meant that the mice’s memories had been altered to forget the drug-related association.

This isn’t the first study to suggest that altering memories and making the brain forget could reduce addiction in humans. And this one isn’t exactly the most feasible—it wouldn’t be very practical for people to walk around with optical cables implanted in your brain. But the researchers do believe that their findings show that altering the spatial memories associated with drug use could be a good way to reverse drug addiction, or other compulsive and harmful habits. If the researchers could use their findings to discover a less invasive way to limit neuron function in the hippocampus, the technique could someday be useful in clinical practice.