Researchers Use a Particle Accelerator to Image Hidden Degas Painting 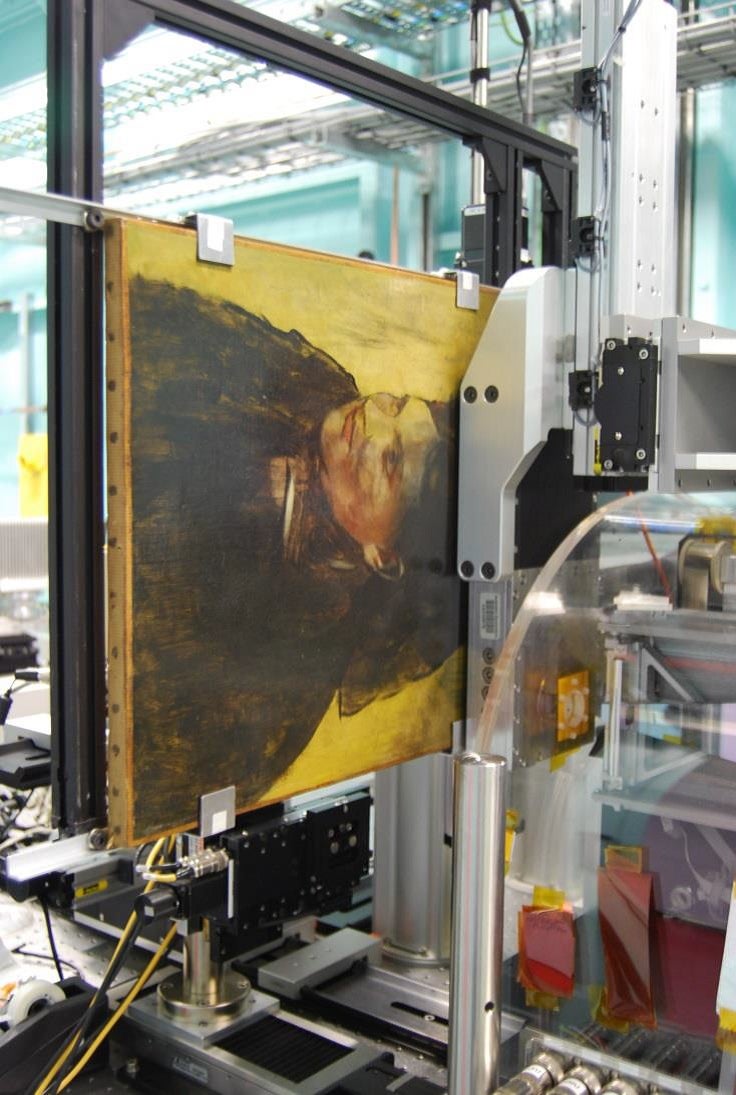 Not all paintings start with a blank canvas. Many artists paint over previous works, obliterating them from public view. Edgar Degas, a French painter and sculptor was no exception. He was just a little more careless about it than most.

Usually, when an artist wants to paint over a canvas, they will paint over the entire surface with a base coat, creating an even surface to work on. With Degas’ Portrait Of A Woman painted around 1870, Degas skipped the middle layer, and simply rotated the canvas, painting one portrait of a woman on top of another portrait of a woman. By 1922, the paint from the previous painting began to show through the outer layers.

But the painting underneath has remained obscured until now, with researchers only able to decipher the outlines of the other woman’s face. Now, in a new paper published in Scientific Reports it was discovered that it’s possible resurrect that earlier painting, and approximate the paint colors used, by using an x-ray beam from a particle accelerator.

By moving the painting back and forth just two millimeters from the detector, researchers were able to create a high resolution image of the hidden painting. The researchers identified the hidden sitter as model Emma Dobigny.

This method has been used before, to uncover a hidden portrait in Van Gogh’s Patch of Grass in 2008. But while that experiment took weeks to create a lower resolution image, this method took only about a day to gather enough data to recreate the image. 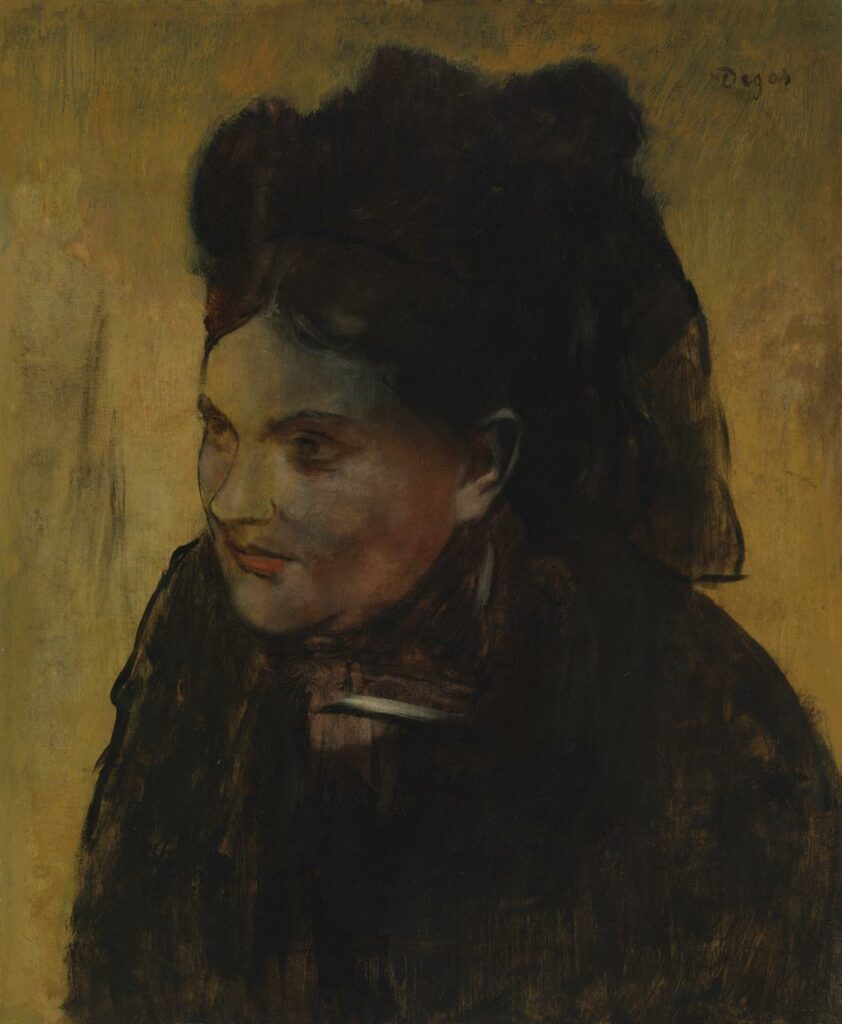 Portrait of a Woman

The painting has a discoloration in the face that has been visible since 1922. It’s another portrait that Degas painted over quickly. 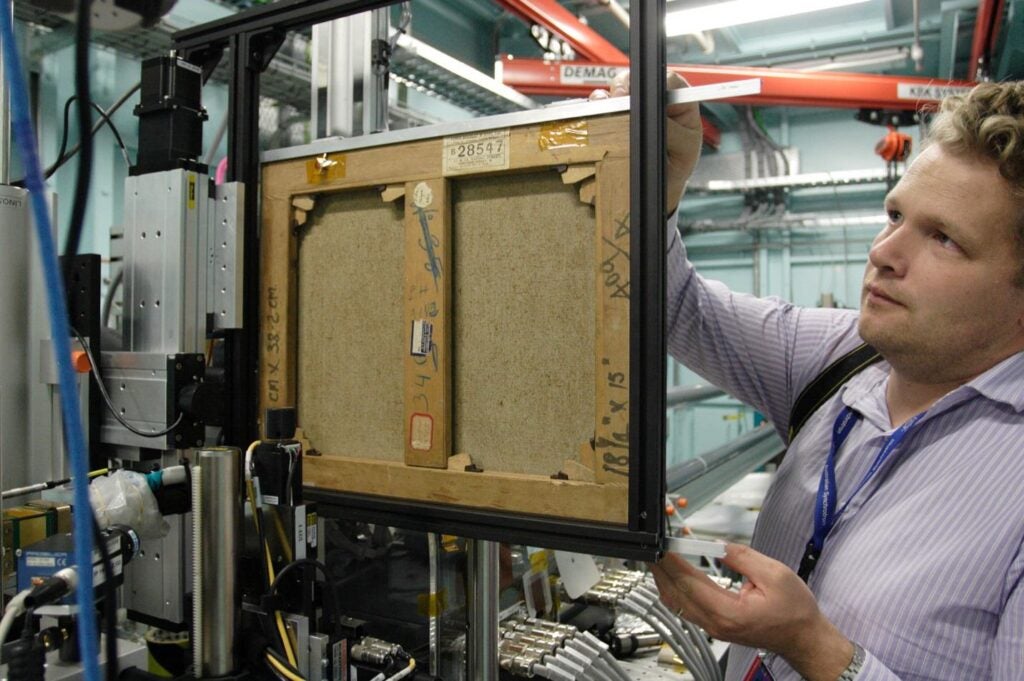 The painting is moved in front of the x-ray beam using a motorized cradle that keeps the painting just two millimeters from the detector. 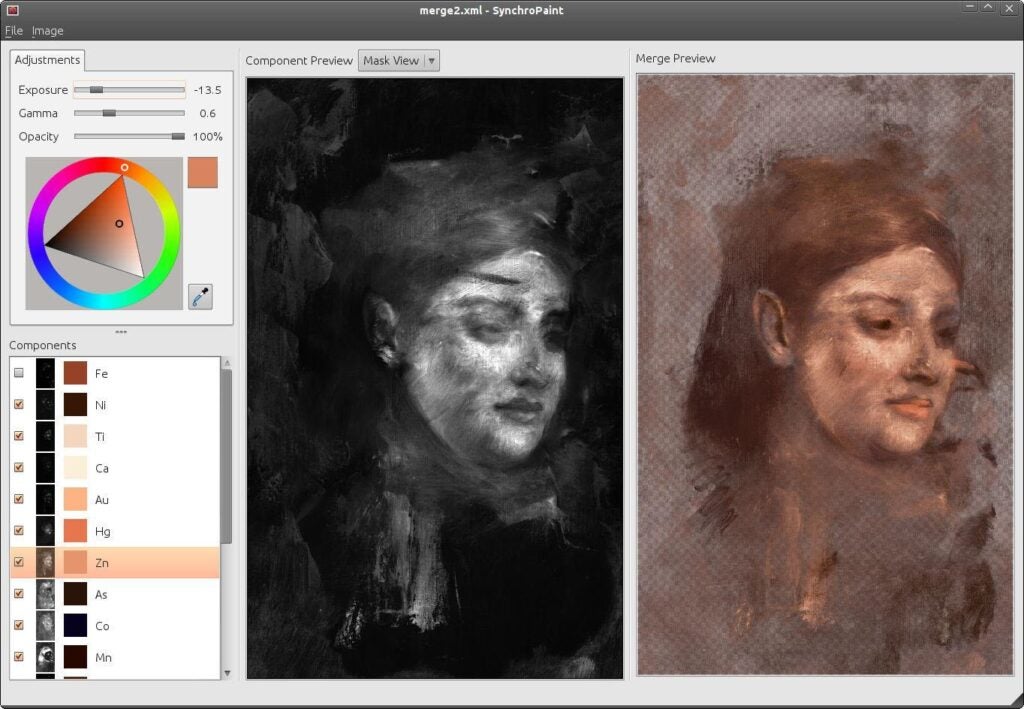 The hidden portrait, which the researchers were able to reproduce in color, is believed to be a portrait of Emma Dobigny, a model.
art
paintings
particle accelorators
Science