Nintendo Could Release The New NX Console This Year 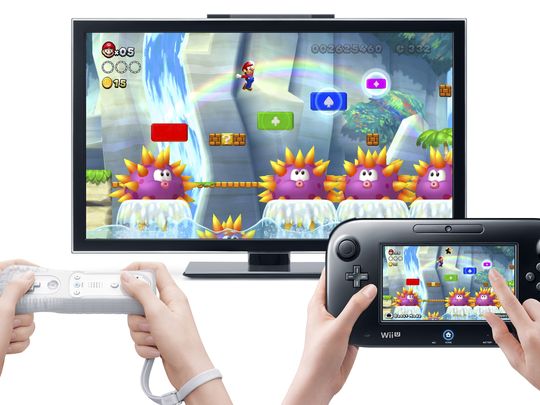 Nintendo’s home console the Wii U will cease production, according to Japanese paper Nikkei (by way of VentureBeat). The successor to the Wii has seen great titles like Mario Kart 8, Super Smash Bros 4 and level-creator Super Mario Maker, but not much success. But with Nintendo abandoning their flagship home console product in 2016, it’s almost safe to assume the company will bring their upcoming “NX” home console to market to replace it.

The Nintendo NX release date—as well as everything else about the NX—remains shrouded in mystery for many Mario fans. But Nintendo ending production of the Wii U could mean the next console could follow right after. Unless Nintendo plans on not selling a home console at all–a first for the company since they released their first back in 1985.

Capping the Wii U life at 4 years may seem like a harsh move for the company, but Nintendo has faced many challenges with the console. To the point where even Shigeru Miyamoto, the father of Mario and Zelda, admits that the Wii U just hasn’t succeeded. While the console has seen some great games like the Splatoon, Xenoblade Chronicles X and the aforementioned titles, it clearly wasn’t enough to move units. And with potential system-sellers like Zelda Wii U nowhere to be found, sales of the Wii U are unsurprisingly lower than Nintendo consoles firing on all fronts like the Wii or N64. But gaming legend Miyamoto has his own thoughts as to why the console didn’t succeed, telling Fortune:

Nintendo continues to keep NX details close to the chest. But with an E3 2016 press conference likely in June and the Wii U soon to be extinct, all could be revealed in a matter of months.