Whatever Happened to Francis Crick?

When Francis Crick died in 2004, my first reaction was surprise that he had lived to that point. To me,... 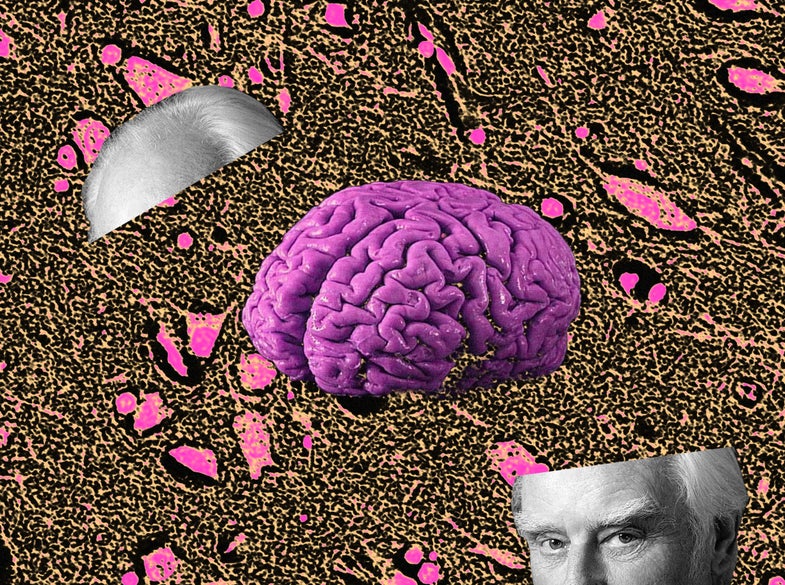 When Francis Crick died in 2004, my first reaction was surprise that he had lived to that point. To me, Crick was part of history. His claims to fame dated all the way back to 1953: his and James Watson’s discovery of DNA’s structure and their controversial use of Rosalind Franklin’s X-ray image of the DNA helix without permission. Since their Nobel Prize-winning work on DNA, Watson and Crick each went his own way. I knew that Jim Watson had moved to Cold Spring Harbor Laboratory, working in cancer genetics, but I had no idea what Crick had been up to. I recently learned the answer in a lunchtime lecture by science historian Christine Aicardi at the Royal Society in London, where she shared her views on the relatively unknown part of Crick’s life: his time at the Salk Institute.

In 1977, after his incredibly successful career in molecular biology at Cambridge University, Crick moved to the Salk Institute in California and switched fields entirely, working as a neuroscientist until his death. At Salk, Crick focused on the neuroscience of consciousness, which is very different from the work he had done until then. Even though he had a Nobel Prize in molecular biology, he was by no means an expert in this new field, and had to learn the basics of neuroscience and psychology. But Crick spent almost as much time in California as he did in Cambridge, so why had I never heard of his Salk Institute work?

In her talk, Aicardi pointed out that I wasn’t the only one who had lost track of Crick. The lack of knowledge about Crick’s time at the Salk Institute is reflected by the limited number of pages devoted to this period in the two main biographies about his life, which spend four times as many pages on his time at Cambridge as they do on his time at Salk. These biographies present Crick’s move to California as a decision made for personal convenience, such as avoiding taxes or mandatory retirement, and never explain why his research interests changed so dramatically from molecular biology to the science of consciousness.

Aicardi thinks she found hints at another reason for Crick’s move in a collection called “Of Molecules and Men”, published by Crick in 1996. This book was based on three lectures he gave, collectively titled “Is vitalism dead?”. Vitalism is the idea that life is based on forces that are not ultimately molecular, but that there is some special form of “life energy” involved. Crick identified three corners of science where these vitalist ideas were still lurking: the frontier between the living and nonliving, the origin of life, and the study of consciousness. Crick studied the first concept at Cambridge, identifying how the non-living molecule DNA can lead to properties of life. In the late 1960s, he focused on the second area where vitalism prevailed: the study of the origin of life. He briefly studied panspermia, the theory that life on Earth may have originated from genetic material from space. His move to the Salk Institute, to study neuroscience and consciousness, was a foray into the third and final area where he wanted to fight vitalism.

But unlike his time at Cambridge, while at Salk, Crick didn’t make any important breakthroughs. Aicardi wonders if this is why his biographers skim over the years he spent there. As a historian, Aicardi thinks this is an interesting, though incorrect, way to evaluate someone’s life as a scientist. “I’m interested in the results of science, but even more interested in how science is done,” Aicardi said in the introduction to her lecture. She considers “doing science” to be more than just publishing papers. It is a social pursuit that can take place outside of the lab, at conferences, near coffee machines, and during any social interaction between scientists. By that definition, Crick was a success.

Crick may not have published much during his time at the Salk Institute, but he helped create an environment for the study of consciousness. Aicardi identifies Crick as an activist, explaining that he exhibited behaviour that social movement studies ascribe to activists: acting as a “broker” of interdisciplinary networks, always seeing the big picture, and making meaningful connections between people. This isn’t usually admired much in science, where all success is measured by publications and citations, but for publications to happen, collaborations are often indispensable, and Crick could make that happen. He was also an institution builder, helping to shape physical places for scientists to collaborate: he was one of the Salk Institute’s founding advisers.

Seen in this light, Crick’s time at the Salk Institute makes more sense. What looked like a drastic change of research fields, and a waste of his specific expertise, was actually part of Crick’s master plan to fight the pseudoscience of vitalism. Consciousness research was the last step in his plan, and the Salk Institute, with its focus on interdisciplinary work and new ideas, was the place to do it.

By not limiting our view of “doing science” to a scientist’s publication output, we can shed a different light on Francis Crick’s life than that of just the genius whose professional ethics were called into question. As Aicardi noted in her lecture, biographies are subjective. It is possible to have multiple biographies for the same person, and perhaps Crick needs a new one.