It could help countries achieve disarmament without spilling secrets 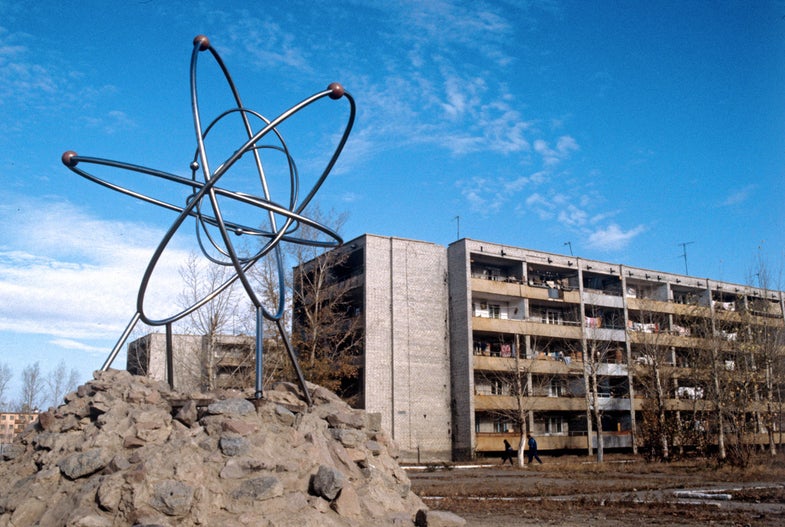 Nuclear weapons are like peanut butter in the kindergarten cafeteria of global politics. It’s not allowed, but all the kids have it anyway, even though everyone is fully aware that it can kill someone. Oh, and if you try to stop the kids from bringing it, they throw temper tantrums.

It’s hard to get the children, sorry, world leaders to disarm their nukes because they don’t want to reveal their nuclear secrets, like how the nukes are made. Scientists have come up with a theoretical method that they think will let nuclear weapons inspectors determine whether warheads are active or not, without revealing the juicy secrets inside.

There’s a lot fewer nuclear weapons now than there were in the ’80s, around 15,000 compared to 70,000, according to the Federation of American Scientists. It probably would be better for us if there weren’t any at all. Countries are trying to disarm, but the weapons inspectors’ existing detection methods used to determine whether weapons are active or not aren’t great.

According to a study published today in the Proceedings of the National Academy of Science, the existing methods might reveal classified information about construction of the warhead, and can be cheated using fake weapons.

The new process, on the other hand, would begin by shooting a beam of x-rays at the warhead. The beam passes through the warhead, taking information on the weapon’s construction with it, and hits a metal foil. The foil sucks up some of the x-ray light particles (also known as photons) and spits out gamma rays, typically higher energy light particles emitted from the foil’s atomic nuclei. Those gamma rays are read through a detector. The foil scrambles any information about the warhead.

The final detector can still tell whether or not the warhead was active, inactive or a phony.

We won’t see this kind of “zero-knowledge” warhead testing system for decades, the study’s author R. Scott Kemp told Science Magazine. Hopefully we’ll still be around and not blown to smithereens before then.