This Exoskeleton Suit Could Help Kids With Neuromuscular Illnesses Walk 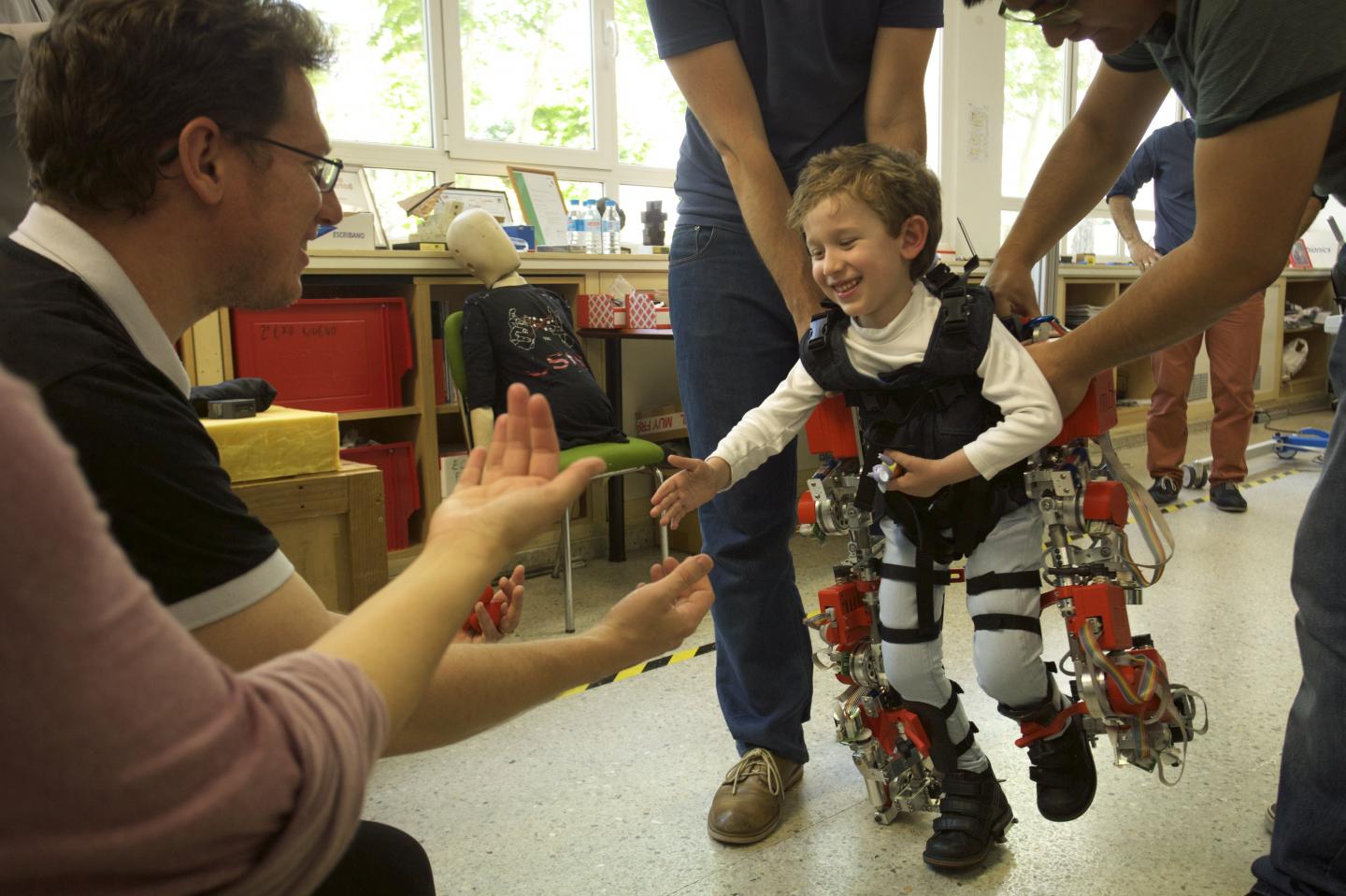 Scientists at the Spanish National Research Council (also known as CSIC) and its spinoff company Marsi Bionics have developed a new exoskeleton specifically for children with spinal muscular atrophy.

The device, which is a first-of-its-kind, is designed to help kids between the ages 3 and 14, who have been diagnosed with Type 2 spinal muscular atrophy. Patients are diagnosed with this condition between the ages of six months and one year. While they are often able to sit up themselves, they can’t walk or stand on their own. This leads to secondary effects such as respiratory health problems, scoliosis, and osteoporosis. The researchers want to see if this could improve the life expectancies for these patients.

The exoskeleton consists of a brace with support rods that fit around the child’s torso and legs. Right now, it has a five-hour battery life, and employs five motors that mimic muscles, plus sensors, as well as a motor controller that responds to the child’s subtle movements.

Because the symptoms of the neuromuscular illness can change over time, the exoskeleton needs to be adaptable. That’s why it has “intelligent joints,” which can adapt the level of rigidity when needed, and since it is telescoping, the exoskeleton can also “grow” with the child.

Right now, the device is going through lab trials at hospitals in Spain with volunteer patients, but is still in the preclinical phase.