Within the new national monument, there's the San Gorgonio mountain and wilderness. The wilderness include an area that has no roads to fragment the habitat and disrupt the species that live there. Photo by Bob Wick, Bureau of Land Management
SHARE

President Barack Obama announced today that his administration would add 1.8 million acres of public land to the list of protected national monuments. During his time in office, Obama has protected more than 265 million acres, both on land and water. Under this new designation, the public land will be closed to new mining and and oil extraction, and will be managed carefully, because of its historic and scientific significance.

The three new monuments–Mojave Trails National Monument, Sand to Snow National Monument, and Castle Mountains National Monument–are all a part of California’s desert ecosystem. A White House fact sheet says that the new monuments “will link already protected lands, including Joshua Tree National Park, Mojave National Preserve, and fifteen congressionally-designated Wilderness areas, permanently protecting key wildlife corridors and providing plants and animals with the space and elevation range that they will need in order to adapt to the impacts of climate change.”

Say hello to our newest national monuments in the gallery. 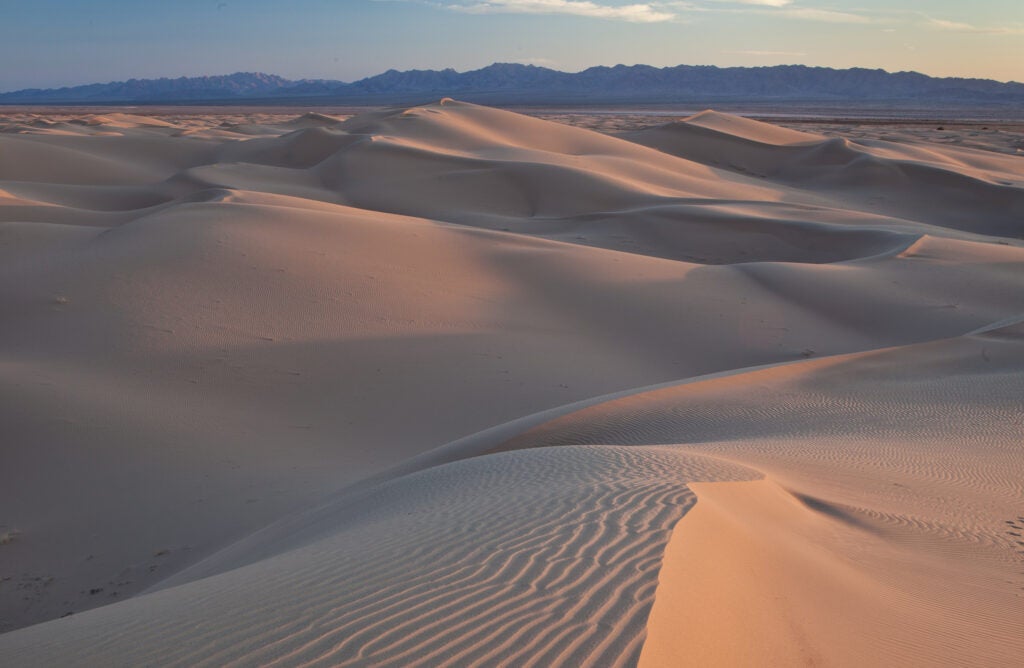 The Mojave Trails National Monument is the largest of the three new protected lands. It’s about 1.6 million acres of mountains, lava flows, and of course sand dunes. The dunes you see in this photo were created by north winds blowing the sand from the Cadiz Dry Lake. 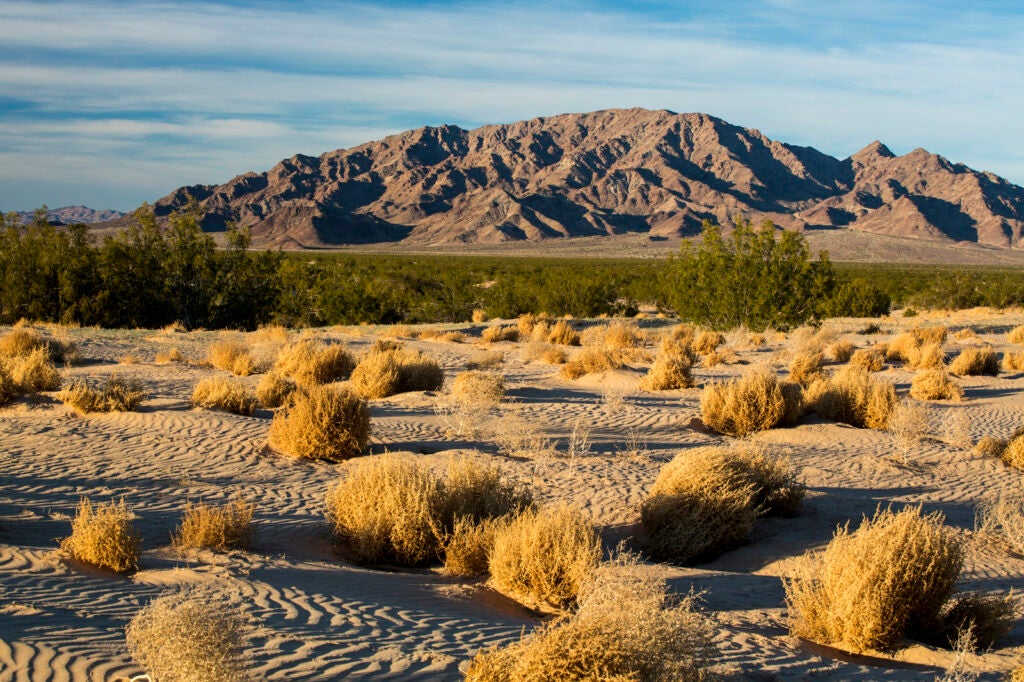 The White House notes that the land in the new Mojave Trails National Monument is also an important focus of research. The Mojave National Preserve provides a unique setting to study how things like man-made roads and paths create barriers for the local animal population, and how climate change is affecting habitats. 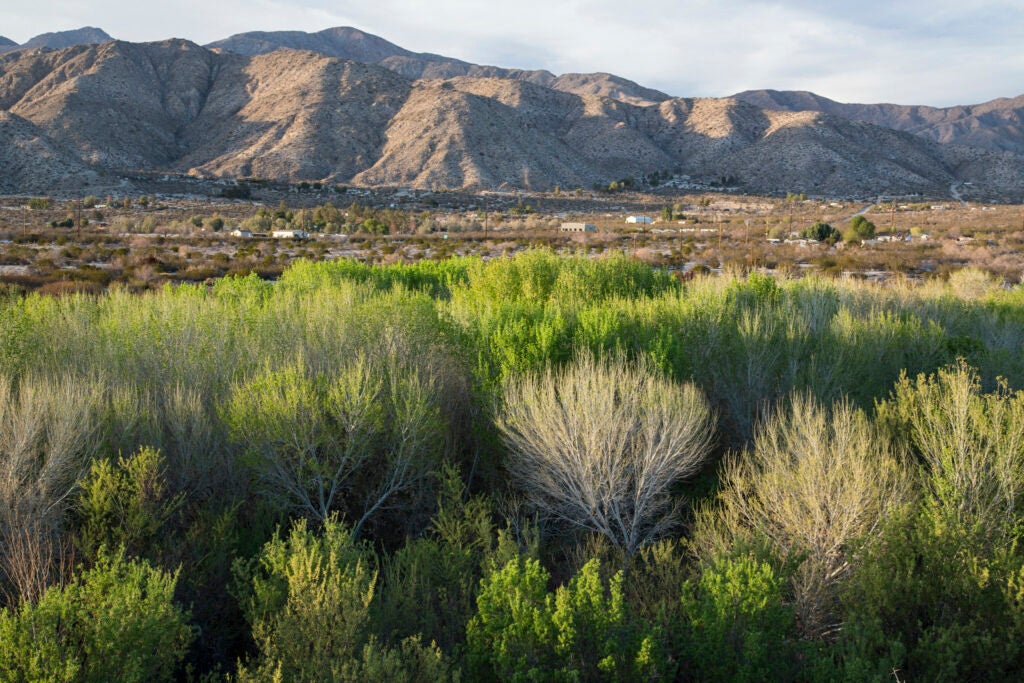 The Sand to Snow National Monument is about 154,000 acres of land that boasts incredible biodiversity with hundreds of species of birds and 12 threatened and endangered species.

Within the new national monument, there’s the San Gorgonio mountain and wilderness. The wilderness include an area that has no roads to fragment the habitat and disrupt the species that live there. 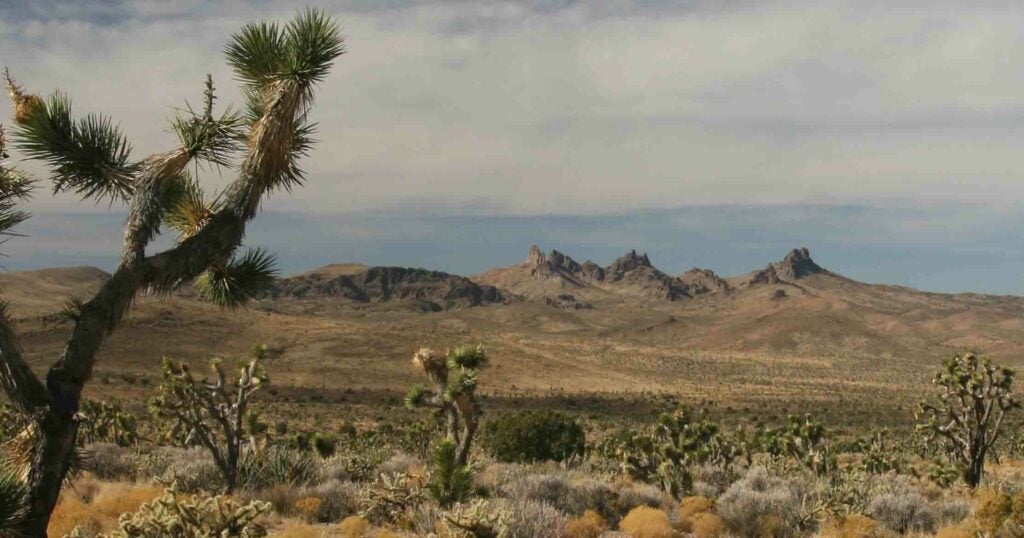 The more than 20,000 acre swath of land within the Mojave Desert has both natural and archaeological significance. With its Joshua trees and desert grasslands, the protected area also contains important water sources and species like golden eagles and mountain lions. And the site also has Native American artifacts as well as the remains of old mining towns.
policy