We just need to reimagine the trip 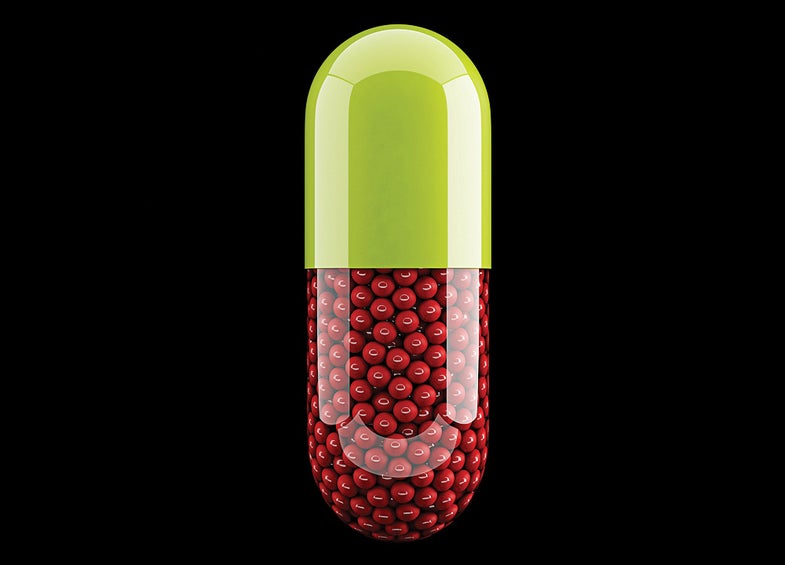 Post-traumatic stress disorder in the U.S. has reached crisis levels. About 8 percent of Americans experience PTSD; for veterans, that number is 30 percent. Treatment is notoriously difficult, but people could find relief in an unusual form: psychedelic drugs.

MDMA—found in molly and ecstasy—earned a bad rap in the 1990s as ravers’ drug of choice. But psychotherapists are coming to value the way it increases empathy while decreasing fear and defensiveness. “MDMA gives people the ability to revisit an event that’s still painful without being overwhelmed,” says psychiatrist Michael Mithoefer.

Following a recent MDMA trial, 83 percent of his treatment-resistant participants no longer showed symptoms of PTSD.

In one study, Mithoefer worked with a New York City firefighter post-9/11. The subject had tried treatment before. While undergoing a popular method that uses eye movement to reprocess a trauma, he’d been so overcome that he ripped a sink off the wall. MDMA, however, worked. “It wasn’t easy for him,” Mithoefer says. “But our sink is still attached.”

MDMA isn’t a one-trick pony either; it can treat end-of-life anxiety and alcoholism, and it’s not addictive. “We’re talking about the rise of a whole field of medicine,” says Rick Doblin, founder of the nonprofit Multidisciplinary Association for Psychedelic Studies, which is running a handful of MDMA trials, including Mithoefer’s.

Doblin thinks the FDA will greenlight the drug for mainstream use by 2021: “The psychedelic psychotherapist of the future will have a medicine bag filled with drugs like MDMA.”