Microsoft Wants To Teach Kids How To Code With Minecraft 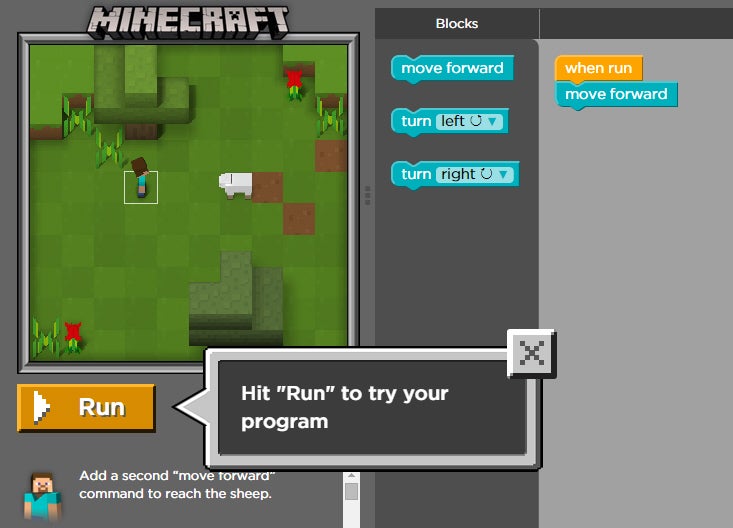 As anyone who’s ever explored the treacherous blocky landscapes of Minecraft, knows that it’s possible to learn by trial and error but it’s much easier if you have a guide. Microsoft, which last year bought the wildly popular game for $2.5 billion, is taking advantage of the game’s popularity to help ease kids into coding.

The world of Minecraft itself rewards coding, and almost as soon as it was released people have built calculators and other, more complicated computers inside of it. Still, the coding program Microsoft wants to teach isn’t quite the game, but it has the look and feel of Minecraft. Players will link blocks of code in a visual interface, snapping them together like virtual Legos (or, well, Minecraft cubes), to create a set of behaviors for a person on the screen. The tutorial is available here, and it’s linked to “Hour of Code,” an event set for December 7th where thousands of school children will spend an hour learning the basics of coding. Here, a Minecraft programmer explains how it works: