Redmond updates its challenger to the Fitbit and Apple Watch 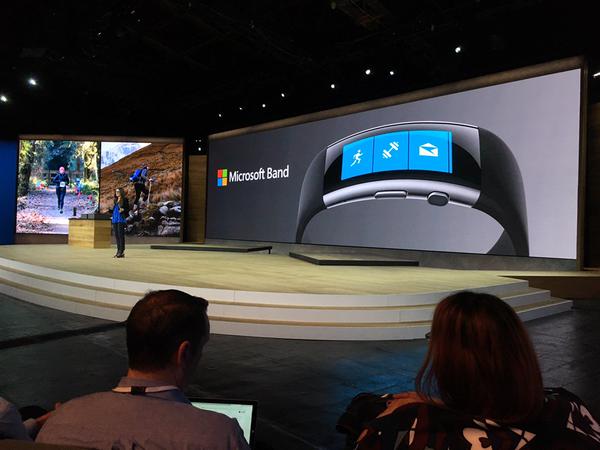 Microsoft introduced its newest version of the Microsoft Band wearable at the company’s Windows 10 press event in New York City today. In addition to revealing the HoloLens developer price and release window, the new Band—not called Band 2, as was previously rumored— brings barometer features to enable elevation tracking and a curved screen.

The Band also carries many of the same features that was included in like the built-in GPS and support for iOS, Android and Windows Phone. Along with tracking fitness, the new Band will continue to support apps.

Externally the new Microsoft Band supports a rounded Gorilla Glass. With a strengthened screen, added durability should protect the screen during workout mishaps.

The new Microsoft Band will arrive on October 30 for $249. Fitness fans can pre-order starting today.