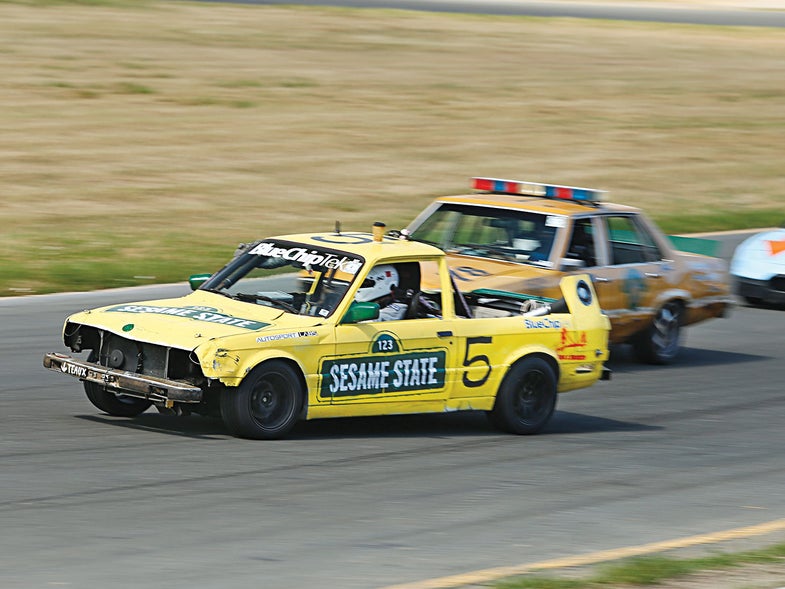 In 2011, computer security specialist Erica Muxlow brought in her Ducati for service—but the repair shop overfilled the oil and routed the brake cable incorrectly. “I swore from then on that the only person who was going to touch my bike was me,” she says. After getting her hands dirty on her motorcycle, Muxlow decided to hack her Mini Cooper. Teaching herself, she created a “mean little high-performance street car.” Then she decided she wanted to build racecars.

At first, no racing teams near her Bay Area home would admit her. Several were openly skeptical that a woman had the skills to compete.            She finally got her break when a work friend joined a team for the 24 Hours of LeMons, a national series of endurance races that involves cars hacked together on a budget. (Teams may only spend $500 on their cars—safety tech excluded). She hung around, proving her dedication and mechanical know-how with tasks like welding in a space so cramped, only she could fit into it.

Today, Muxlow is a full-fledged mechanic and driver for the team, which is currently ranked first on the LeMons circuit. “The other guys don’t treat me like ‘the girl,’” she says. “They treat me like a teammate.”

This article was originally published in the November 2015 issue of Popular Science, under the title “Lemon Racer.”

build it yourself
Cars
DIY
forensic science
meet a maker