An inexpensive printer aimed at schools 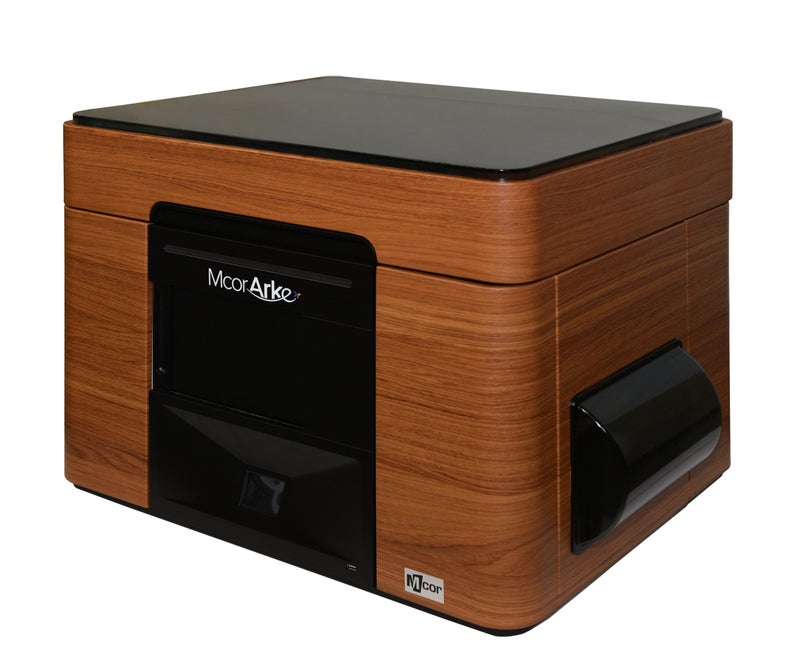 If there’s a material, somebody is going to 3D print with it.

Mcor’s claim to fame is using paper, and at CES today the company announced a new 3D printer, the Mcor Arke, that creates full-color objects that are entirely recyclable.

The idea behind making a 3D printer so much cheaper than their typical model for commercial use is for use in education. Mcor’s goal is to get a 3D printer into every classroom.

Mcor has been working with schools to try and provide students with 3D printing experiences, with some success.

“These students are exceptional spatial thinkers, so they very much appreciate the opportunity to hold in their hands something they’ve conceived in their brains and shaped in the software,” says Adam Truncale, an instructor at Robert E. Lee High School in Baytown, Texas, that used an Mcor printer in his architecture class.

Since paper is the main material used, the cost of printing also drops. Mcor estimates that their paper costs only 10-20% of typical nylon or resin materials, and is completely recyclable. In fact, even the printed models can be recycled through traditional means.