The Facebook CEO is also building his own personal A.I. assistant 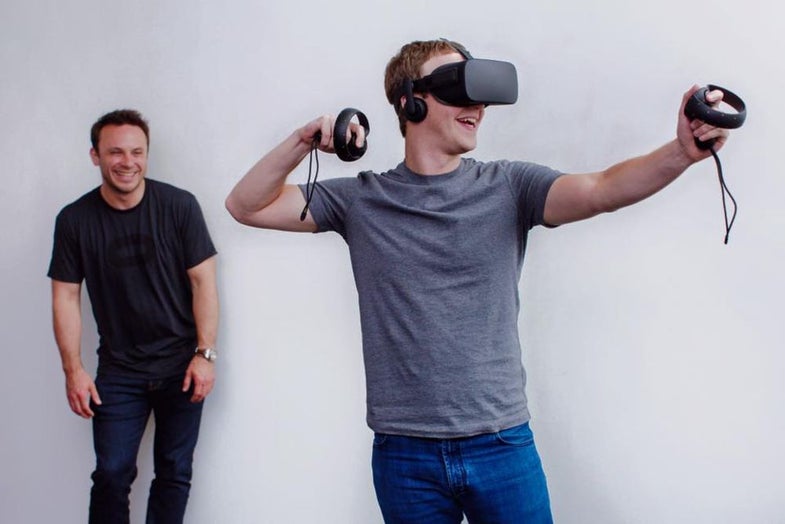 No word as to whether Zuckerberg got VR sickness, and if so, how long it took. Mark Zuckerberg/Facebook
SHARE

Of all the people to offer congratulations in the wake of Google’s artificial intelligence program AlphaGo winning its third victory in the board game Go last night, overcoming human world champion Lee Se-dol (and thereby ensuring the A.I.’s victory in the five-game series, no matter the outcome of the remaining two games), Facebook CEO Mark Zuckerberg might not be the first to come to mind.

Yet that’s exactly what Zuckerberg did earlier today, writing on his Facebook page:

Zuckerberg’s praise for an advancement by one of Facebook’s frequent competitors is notable for its politeness, but also because Facebook is itself heavily invested in developing artificial intelligence. Zuckerberg also has an avid personal interest in the field: earlier this year, he announced (on–where else?—Facebook) that he had begun building his own personal A.I. assistant, even referencing the fictional Iron Man character Jarvis as inspiration (nevermind the fact that Jarvis goes on to become the independent, super powerful being Vision).

I’m also going to go out on a limb here and assume that Zuckerberg’s borderline creepy line “We live in exciting times,” is a deliberate reference to Mr. Robot.