Creating Buildings Out Of Data

An architecture firm is mining troves of info to build better 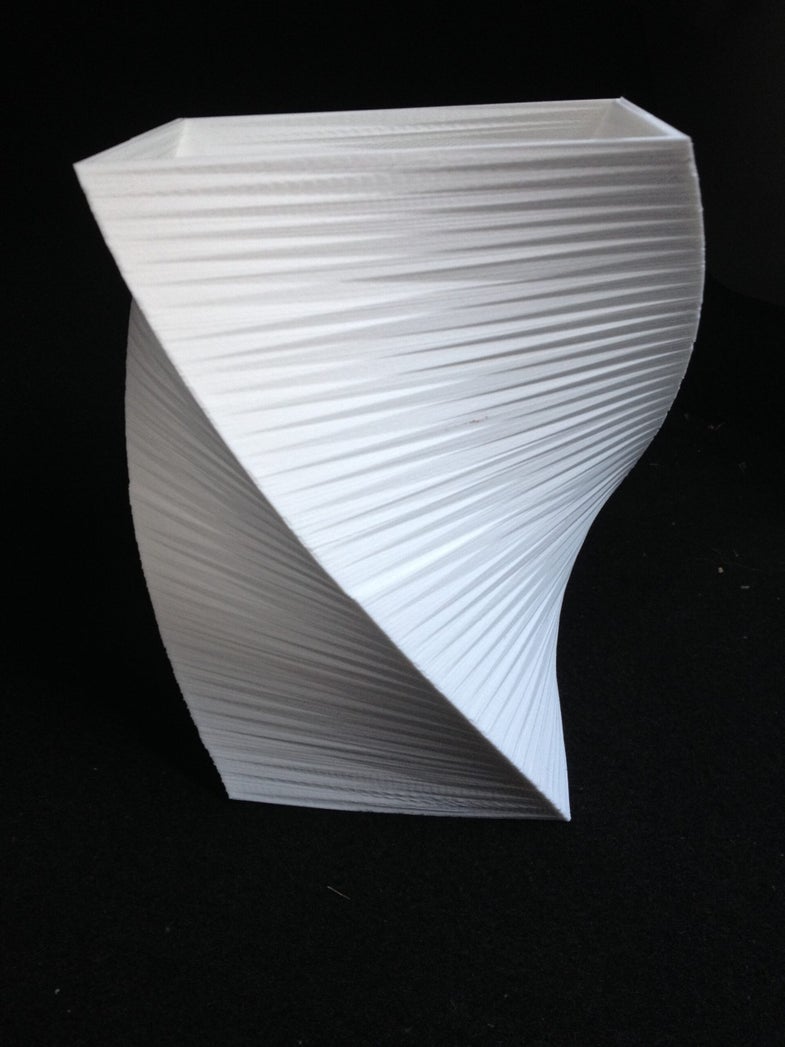 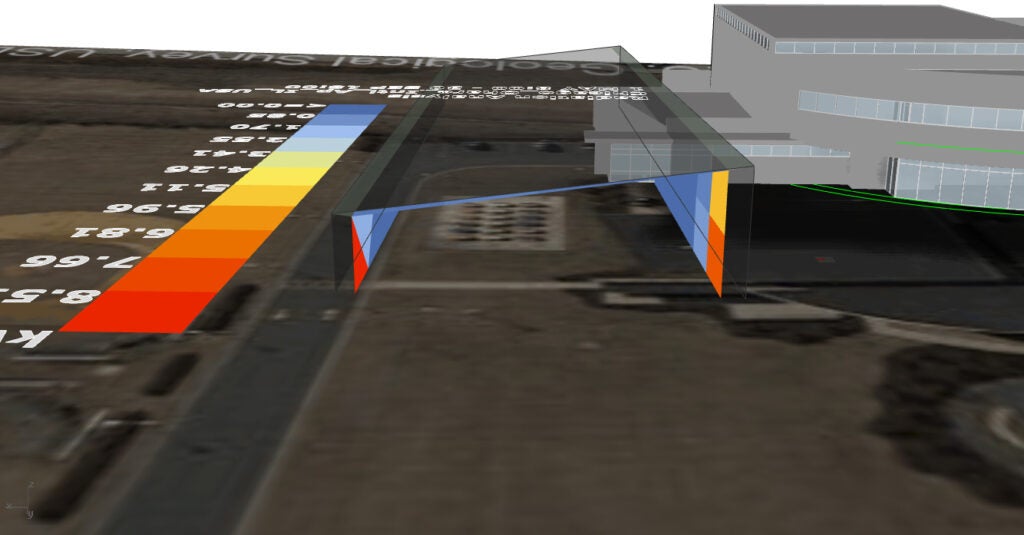 Some might worry that society is oversaturated in data, but architect June Grant is spinning straw into gold by using public information to design energy-efficient buildings.

“I do a heavy amount of data analysis, and build models from this data by hand,” says Grant. “I think that emerging tech is a core part of design.” In August, Grant left Steinberg, a San Francisco-based architectural firm, to start her own firm, called The Blink Lab. Grant says The Blink Lab focuses on using data to shape building forms.

For each building project, Grant will gather information from public databases, such as details about the local climate from the U.S. Department of Energy, about traffic patterns from state government websites, and satellite images of the site and its surroundings. All of these, she says, are free and easily downloadable. By analyzing this information in detail, Grant discovers important clues as to how the local inhabitants and future building residents interact with their environment.

“It’s like tuning a guitar,” says Grant. “The better we understand the mechanics of the situation, the more we understand our options in terms of technology.”

It’s these types of clues that helped Grant develop the NASA Sustainability Base in 2011 — a near-net-zero government building. Data helped Grant pinpoint where waste occurred within the facility and developed personal “energy-use dashboards” so that NASA employees could be conscious of their energy use. The base is also able to anticipate and react to internal and external changes due to a “smart infrastructure,” or a program that could record and analyze climate and usage information in real time.

It can be hard to visualize all the pertinent information with a computer, so she often creates small Arduino-driven model systems as well.

“I prototype and work with Arduinos and interactive media and explore design potential,” says Grant. “I’m not a programmer, but with Arduino, once you know how to make a series of lights blink, you can figure out how to program the data.” 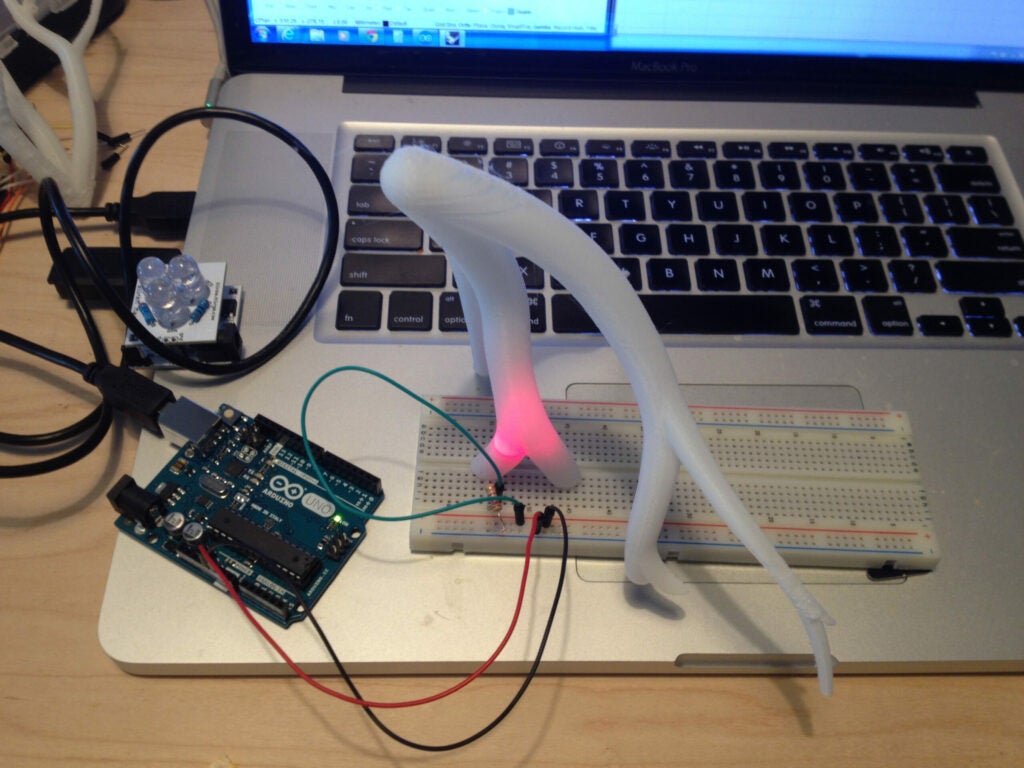 The process often starts with simple models that can be programmed to mimic the data she’s found. She builds small designs using Arduino-driven LED installations to understand how people create patterns within their environment. This little blinking lights start to create a “moving light image” that helps her visualize how to design the building. Grant then connects Arduino to Rhino, a graphics rendering software package, where she can compare her 3D rendering to her models and satellite images of the building site.

In a current project for a Chicago gym facility, Grant made sure to account for the city’s extremes of wind, cold, and sun. The client, Grant says, was looking to increase membership by creating a more inviting, open building, and was interested in using glass as a material. Glass, however, is subject to a greenhouse effect, which can cause buildings to require additional cooling. By looking at the wind patterns first, and then iterating the design, Grant can reduce the heat gain — which will reduce energy usage — to nearly zero.

“I started by shaping the building so that it slopes to the east,” says Grant while tweaking her models. “If I change the roof line angle just slightly, the energy of the building has dropped. If you slope it and cover it with a similar structure, we can reduce the heat gain. Eventually, we can move heat gain from 800 kilowatts to 8 kilowatts because we’re not getting any radiation from the sun.” 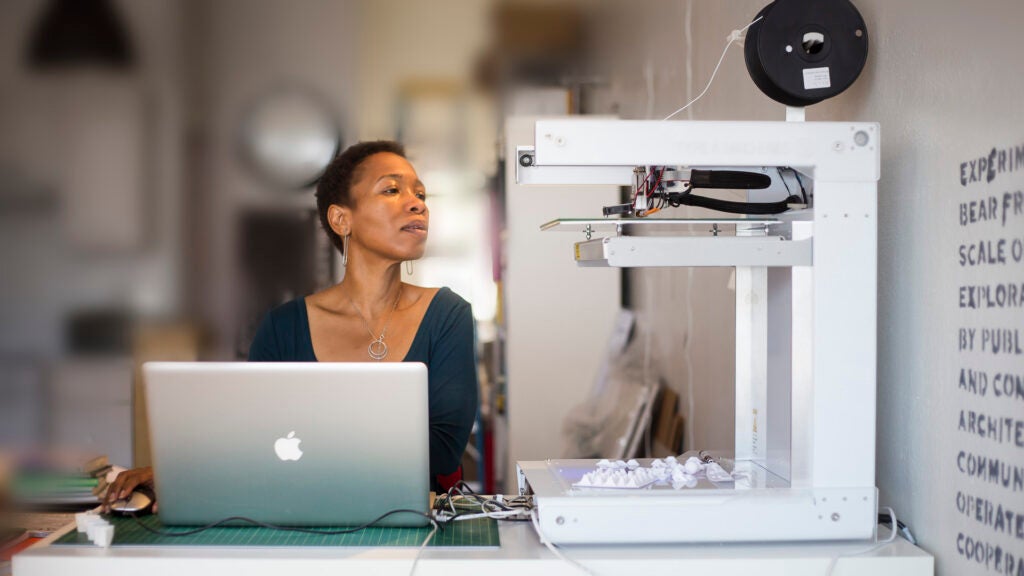 The architect and her 3D printer

Grant admits, though, that sometimes the data doesn’t explain everything — and sometimes there are dire consequences that need to be weighed before a building is designed and built.

“When I look at seawater estimates, for example, and a piece of land that the client wants me to build upon, sometimes it becomes challenging,” says Grant. “I have to explain how something might not be there in a few years — and I have to question if it makes sense to build something. It does raise some questions about building ethics.” Another issue Grant points to is processing power. Though the building may be net-zero, the energy usage still depends on the level of energy an individual consumes.

Still, Grant is optimistic about the process and how data and technology can help us build better, more sustainable structures: “You couldn’t do this ten of fifteen years ago,” says Grant. “You’d have to hire an engineer and code the data into a program. Now it’s really easy and really simple. That’s extremely powerful for me as an architect to accurately present physical space.”