The all new Windows hybrid computer will be available this November 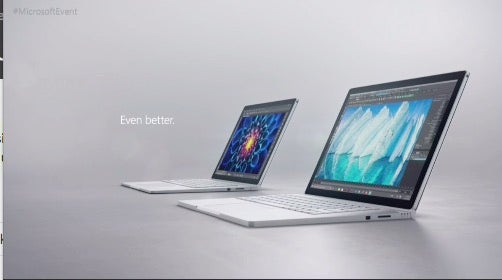 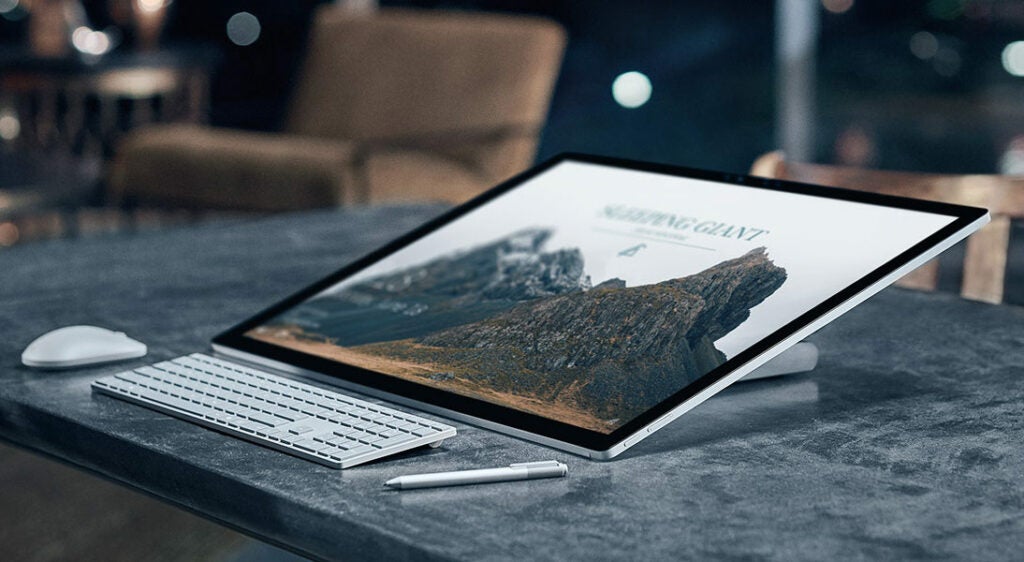 Today, at its Windows event in New York, Microsoft announced the newest version of its Surface Book desk computer, which the company is calling the Surface Studio, as well as a brand new product called Surface Dial: A puck shaped device that works as a sort of third hand on certain apps and programs. This updated product suite accompanies Microsoft’s latest version of Windows 10, dubbed the Creator’s update, which is aimed at providing added tools for users’ creativity. Here’s a closer look at those two, and some other updates the company announced at the tail end of its event:

The new Surface Studio, which Microsoft says it built for creative professionals, has an ultra slim 12.5mm thick PixelSense touch screen that measures 28 inches diagonally and boasts 13.5 million pixels. “The only thing you won’t see specifically is a pixel,” says Microsoft’s Panos Panay at today’s event.

In terms of hardware, the Surface Studio comes with an Intel Core i7 processor, NVIDIA GeForce graphics, two terabytes of memory, three fans, and stereo 2.1 speakers with Dolby sound. Additionally, Microsoft’s assistant, dubbed Cortana, functions through an inline microphone in the machine, which integrates with programs like Wanderlist.

The Microsoft Studio is available for pre-order today and will cost $2,999.

The Surface Dial is a puck-shaped device that is meant to accompany a Surface Studio, Surface Book, or Surface. Depending on what app you are using, it can be used nearby a supporting-Microsoft computer or physically on top of the screen. In productivity apps, like those in Microsoft’s Office Suite, the Dial can be used to undo and redo markup. In third-party drawing apps, the Dial can be placed on screen to function as a color picker or as a contextual menu (almost like a second right click button in the middle of your screen) for precise input.

The Surface Dial is available to preorder for $99; it also comes free with the preorder of a Surface Studio. It will be available in stores on November 10th.

The company’s laptop saw minimal updates, one of which was a name change to Surface Book i7. But buyers will appreciate the refreshed Intel i7 chip, which has 30 percent more battery life and twice the graphics performance. Microsoft notes this is three times better than Apple’s 13-inch Macbook Pro.

Inside the Surface Book i7 is a new dual fan system, allowing the computer to push itself further while still keeping cool. The new version will continue to have Microsoft’s Pixel Sense display and will be the same color.

Last year the Surface Book garnered attention for being Microsoft’s first laptop product. While many Windows computers existed, none were made by Microsoft. The company’s new additions this year of an improved processor and better battery will help the line of convertible computers compete in upcoming 2016-2017 season.

The Surface Book i7 is available for pre order today for $2,399, and will ship this November.

Check out more of our Microsoft Fall 2016 event coverage here.