Brain-Training Toys for the Baby Crowd?

Long before goos and gah turn into recognizable words, baby brains are hard at work distinguishing the sounds of their... 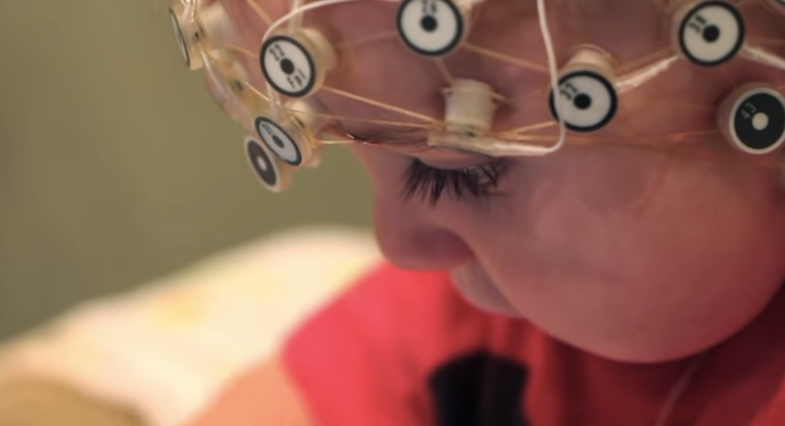 Long before goos and gah turn into recognizable words, baby brains are hard at work distinguishing the sounds of their home language, and creating connections that will support future language production. Now, new research appears to show that all the hard work could be accelerated with a little specialized training.

Researchers, based at Rutgers University, tested 4-month-old babies, bringing them into the lab once a week for 10 weeks to play a specialized game. They listened to non-language bleeps and bloops that became increasingly complex with time. As the babies shifted their eye gaze to anticipate the sound, they were rewarded with an animated video.

When the same babies were tested at 7 months, scans showed that they were quicker to react to language sounds than babies who hadn’t gone through the specialized game. The results of the study were published this month in the Journal of Neuroscience.

April Benasich, a Rutgers researcher and director of the Infancy Studies Laboratory, said in a press release that it’s very likely that one day parents at home will be able to use an interactive toy-like device – now under development – to mirror what she accomplished in the baby lab and maximize their babies’ potential.

She points to the number of babies – between 8 and 15 percent – who are at high risk for poor acoustic processing and delayed language development, and says that this tool could be an intervention to help them.

As I have written in the past, most toys that claim to teach a baby to speak or read are pretty much worthless. I asked Susan Neuman, a professor of Educational Studies specializing in early literacy development at the University of Michigan about the potential for language-training toys for young babies, and she said, “it sounds a bit wild to me.” Benasich says that prior research shows that tiny differences in the speed of acoustical processing in early childhood – even a tenth of a millisecond – has the ability to predict real-world language abilities when kids are starting school.

Before any brain-training tools are created, there’s more research to do. The researchers plan to continue following the babies through the time they are 18 months old to see if they retain and build on the skills with no further training.