Screen Strain: Why The TV Your Kids See Does Matter

The grocery-line screen flashes its cooking tips, and my baby twists his neck, owl-style, to gawk at the chefs making... 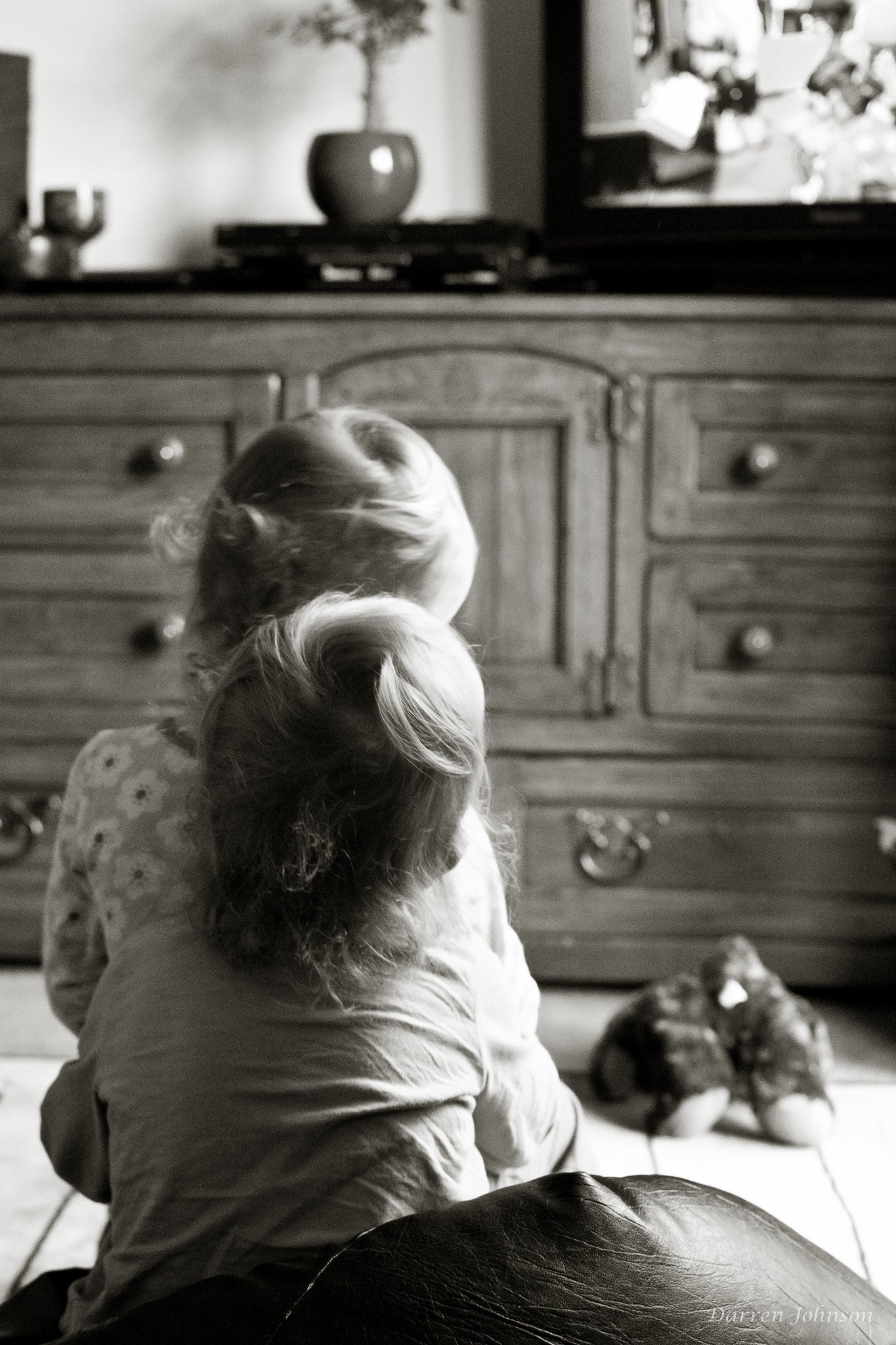 The grocery-line screen flashes its cooking tips, and my baby twists his neck, owl-style, to gawk at the chefs making crab cakes. Screens are everywhere: not just in our homes, but our roads, planes, cars and restaurants. So what’s a parent to do, in the face of the 2011 station from the Academy of Pediatrics recommending zero screen time for tots under two?

I’m not the only one thinking about this question. “We’re technologizing childhood today in a way that’s unprecendented,” says Yale sociologist and pediatrician Nicholas Christakis in his 2011 TED Talk. He points to a segment of Baby Einstein where there are 7 scene changes in 20 seconds, something that’s confusing to adults, but particularly confounding to babies.

Christakis found that while television time under 3 raised the likelihood of attention problems later in life, that risk didn’t exist if the young kids were watching slow-based educational programs rather than frenetic entertainment or violent progams, which have even quicker cuts and pacing than cartoons. The typical newborn brain is 333 grams in size – and it triples during the first two years of life. That astounding brain development doesn’t happen at any other point in human life – making those early years particularly crucial.

Other researchers agree that what’s on the screen is more important that screen time itself. The battle against screen time seems to be going uphill. Despite the warning from pediatricians, research shows that three-quarters of kids under two are exposed to screens, and a lot of screens: the average infant or toddler watches 1.5 hours of television directly, and is exposed to 5.5 hours of background TV. Since infants are only awake for about 9 hours per day, that means that more than half of their waking hours somehow involve the television.

A study out earlier this month tried to assess the differences in children’s TV watching. Researchers at the Children’s Media Lab at the University of Iowa reported that some types of television can actually help increase vocabulary and language skills.

They studied 498 kids from 8 months to 36 months, and found that kids who watched shows that moved slowly through a story with characters had larger vocabularies than those who watched other types of programming, including “educational” shows like Sesame Street. The problem with some educational programs is that it’s filled with “an enormous amount of information coming at them quickly,” Iowa researcher Deborah Linebarger told a reporter.

All those hours in front of screens may lead kids to develop slower in their emotional understanding of the world. Another study, published in Computers and Human Behavior, found that sixth-graders who went five days without exposure to technology were significantly better at reading human emotions than kids who had regular access to phones, televisions and computers.