I Want Your Antibodies 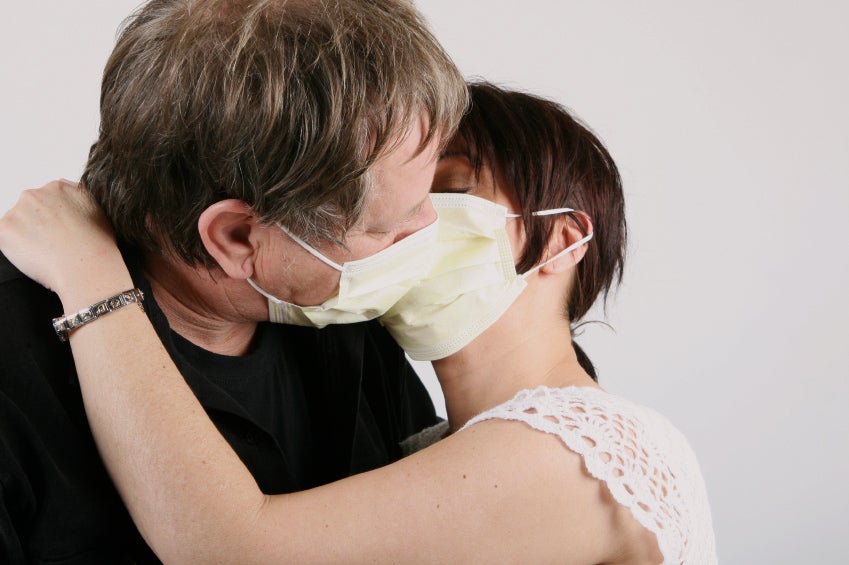 Welcome to the inaugural post of The Sex Files. Almost every publication worth its druthers has a sex column these days, full of Carrie Bradshawish musings about life and love, men and women, this and that. Here’s our take on the genre. Instead of faux-sociology, we’ll give you a broad view of new research and ideas in the sexiest of the hard sciences: reproductive biology, evolutionary anthropology, and genetics. This is sex from the inside out. Keep track of the column at popsci.com/sexfiles, where you can also sign up for an rss feed.

Disassortative mating alert! A group of European scientists led by Oxford biostatistician Raphaelle Chaix has provided some of the most compelling evidence yet that we humans pick our partners based on how different their immune systems—or officially, their Major Histocompatibility Complexes—are from our own.

The MHC is a large and super-important group of related genes that regulate what antibodies we produce. It is unusually polymorphous—that is, it differs quite a bit from person to person, even within genetically similar groups. Theoretically, it makes perfect sense that animals would choose to reproduce with someone with a very different MHC so that the resulting offspring will have immunity to as many disease-causing pathogens as possible. And it has long been known that a number of squirmy little creatures—mice, rats, frogs, and the like—prefer mates who have dissimilar MHCs. But the case for MHC-based mate selection in humans is not so clear-cut.

For the past ten years, it has seemed like every study that “proved” that we choose MHC-dissimilar partners was immediately contradicted by another bit of evidence. When University of Chicago geneticist Carole Ober looked at the Schmiedeleut Hutterites of South Dakota (a group of tremendously fertile Amish-like Anabaptists who isolate themselves on remote “colonies”), she found that an improbably low number of community members—who marry for love but are not allowed to divorce—chose mates with similar MHCs. The effect was so strong that when couples whose immune systems were too similar tried to have children, they had more trouble conceiving, and their fetuses were more likely to spontaneously abort. But later, two ASU biologists surveyed couples across 11 different Amerindian tribes in the Amazon Basin and discovered that similarities between the MHCs of men and women who had chosen to reproduce together were almost completely random. A series of gross-sounding “sweaty t-shirt experiments” performed at the University of Bern conclusively demonstrated that women prefer to smell the sweat of men who are MHC-dissimilar. But if the women were on birth control, their scent preferences were reversed.

The latest study, published on September 12, examined the genomes of fertile Mormon and Yoruba couples to see how exactly their MHCs differed. The results were both fascinating and conflicting. Chaix and her coauthors found that the Mormons were significantly more MHC-dissimilar than randomly chosen pairs of people. Even more interestingly, although the Mormon mates were genetically very close to each other (they’re Mormons, after all), the genes in their MHCs were often very different. But (as usual in this area of study, there’s a “but”) they couldn’t find any pattern at all in the MHC-dissimilarity of the Yoruba couples. This might be because Yoruba society is highly patriarchal and stratified, producing a lot of social pressure for genetically similar men and women to mate. Or it might be that in Africa, where modern medical care is less widely available, there is much more selection pressure for antibodies that will protect their carriers against a few especially devastating diseases. More research here is definitely necessary to tease out the precise relationship between histocompatibility and mating choices, and how social and environmental factors might affect this relationship. But if you’re a European American woman, sniff hard next time you’re at the gym; the best-smelling guy might just be your immunological soulmate.