How OnStar’s connected emergency service adapts during a disaster

How the connected car service handles requests during states of emergency. 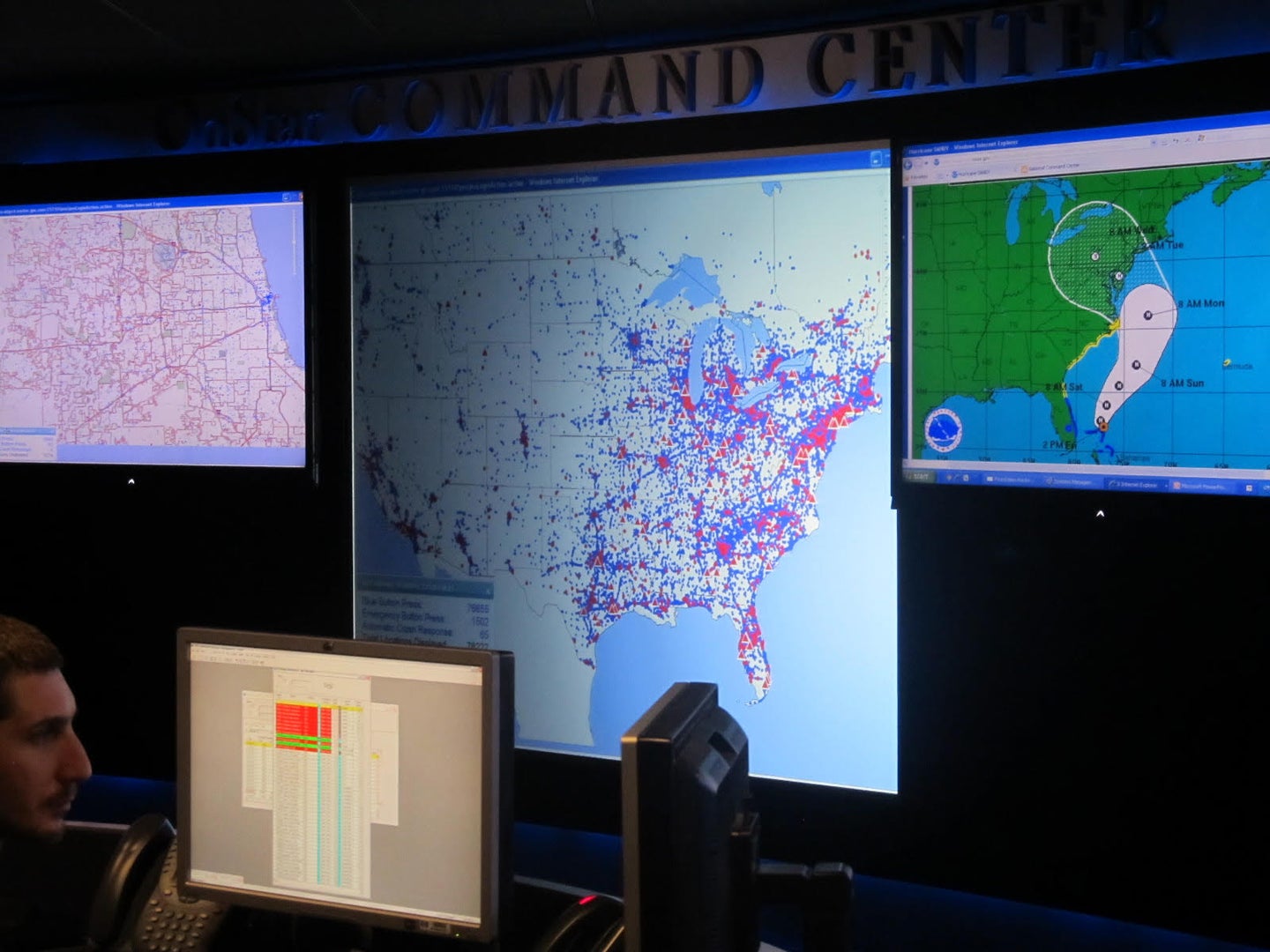 Our world is increasingly filled with internet-connected devices. Everything from refrigerators to smart home hubs are always-on and ready to talk to the world. This is true for cars as well. Just about every new vehicle sold today comes with a cellular radio on board, capable of creating a wi-fi hotspot for passengers or sending maintenance data back to the dealer.

But for General Motors, a connected car is nothing new. Since 1996, the company has offered OnStar, a subscription-based communications and safety service that connects owners with a GM call center where operators can assist with navigation, remote diagnostics of mechanical issues, and, in an emergency, to detect a crash (including deployment of air bags) and proactively reach out to both the vehicle’s occupants as well as emergency services.

I spent five years as a volunteer firefighter in Colorado and we routinely had crash reports called in to the 911 dispatch center from OnStar operators. OnStar’s subscription service starts at $24.99 per month for the Safety & Security package, the least expensive one to offer Automatic Crash Response services. Though OnStar has millions of paid subscribers in the US (the company won’t disclose exact numbers), there are millions more GM vehicles with OnStar equipment on board that don’t pay for the service. And, in a major emergency, GM and OnStar don’t leave them out.

In 2005, following Hurricane Katrina, OnStar realized that its customers had special needs in perilous situations aside from car crashes or other in-vehicle emergencies. It created a program called Crisis Assist, which allows all drivers of OnStar-equipped vehicles in a particular geographic area — even those without active OnStar subscriptions — to reach out to OnStar advisors for assistance with a wide variety of issues.

“During Katrina, and more recently during Harvey and Irma, our call volumes spike significantly when major evacuations are ordered,” explained Mary Ann Adams, Disaster Response and Crisis Incident Manager for OnStar. “We’re trying to help our customers evacuate. They’re mostly looking for hotels and shelters of last resort, so that’s what we’re doing before the hurricane hits.”

In October of last year, Hurricane Michael hit the Florida panhandle as a category four storm and OnStar’s call volumes spiked by 30 percent in the area. With cellular networks pushed to the limit, OnStar vehicles are better able to get through in some cases. They have more powerful on-board radios that can reach more distant cell sites than a handheld device could. She says that some emergency managers will use OnStar-equipped vehicles as mobile command centers because of the increased connectivity.

The service helps individuals communicate with their loved one, but it also connects them with resources. “We’ll help customers with things they need to find. They’ll come home and find that they don’t have a home, so we’ll help them with finding a hotel, finding fuel, whether there are generators available at Home Depot,” says Adams.”Roads will be damaged and signage is down, so we can help route them around damaged roads. We’ll have volunteer emergency workers going into an area, and they call in and we’ll help them find their destination.”

For Hurricane Michael, OnStar and other major businesses were connected with FEMA and state emergency management offices via a dedicated private sector desk. They’re connected with major hotel chains to determine real-time availability, which is useful when the nearest available rooms might be hundreds of miles away.

“When people are trying to find fuel, we’ll call ahead to find availability before we send you to somewhere that might not meet your needs,” said Adams. “We have a whole population of customers who don’t usually have access to an OnStar advisor. But they’ll have access to advisor services” when Crisis Assist is activated.

In those cases, OnStar will set up a dedicated team of operators that only work on calls coming in from certain geofenced areas. They gather information on common requests like road closures and evacuation routes for easy access. Lists of open pharmacies for emergency prescription refills, as well as current power outages and estimates on restoration are kept up to date.

OnStar works with an organization called Healthcare Ready, which keeps tabs on medical facilities (especially dialysis centers) and hospitals that are open. If advisors directed a customer with a medical emergency to a particular facility, OnStar will call ahead to advise of the situation.

Disaster-prone states like Texas, Florida, and North Carolina are increasingly making real-time information available via websites and social media, and the trick is collating all the information and distributing it to the public in a useful way. OnStar ends up being a source to distribute that information.

Customers can call in and inform OnStar about downed trees or power lines, with advisors taking the information and passing it on to emergency managers or the power company directly. This frees up overwhelmed 911 emergency dispatchers from taking these non-emergency calls, which can make a real difference. With that extra volume, emergency calls to OnStar can also last much longer than a typical request, which taxes bandwidth. “We were on the phone with someone in Florida for an hour” during Hurricane Michael last year, said Adams. “A normal navigation call might be 60 or 90 seconds. ‘Can you get me to this address?’ But an emergency call could take 10 minutes or 10 hours. It depends on the situation. We will not hang up until we’ve handed it off to first responders on scene.”

It also depends on the storm. During Katrina, Adams points out, not enough people evacuated. During Hurricanes Gustav and Rita, too many were evacuated and the roads were clogged. OnStar was 1,000-percent increases in call volume during Gustav in the impacted area. These days, evacuations are much more targeted and, so far at least, have been appropriate.

Adams says call volume increases depends on the area and the strength of the storm. A disaster hitting a major metropolitan area will affect far more people than something more rural. During the landfall of a hurricane, calls will drop because people are hunkered down. After, the numbers surge as people try to get back home.

After two weeks, call volume starts to return to normal and the OnStar team examines its response, what can be done better, and prepares for the next storm.