Inside the facility where Kodak brings film back to life 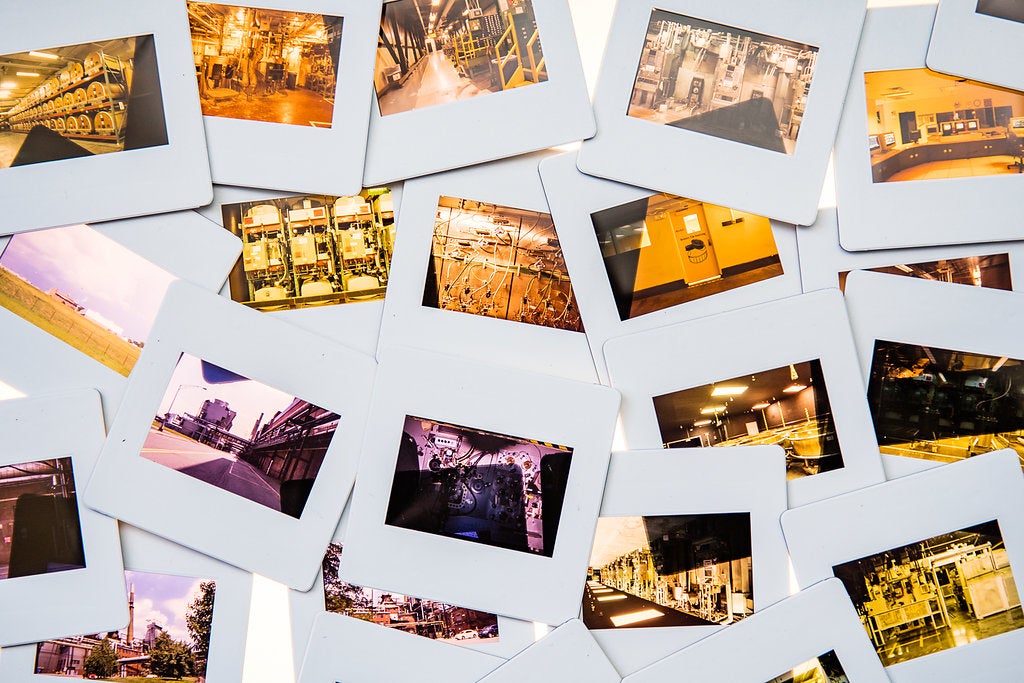 Paul Simon never wrote a song about Kodak Ektachrome, so you’ve probably never heard of it. But you have seen pictures shot on the film: The astronauts brought it to the moon in 1969, and National Geographic photographers have carried it around the globe.Launched in 1946, Ektachrome evolved from a slightly finicky stock prone to issues with fading into a go-to medium valued for its vibrant colors. Hues skew toward the blue end of the spectrum, creating more-realistic images than the warmer Kodachrome of Simon fame. Both are slide films—meaning they produce full-color pictures right on the film rather than white-is-black/black-is-white negatives. But Ektachrome is easier to handle: While Kodachrome gets its color from dyes in the developing process, Ektachrome contains its own pigments, so developing is less labor-intensive.But the film favorite nearly didn’t survive a tumultuous decade. As digital cameras and smartphones axed analog photography’s market by 80 percent, Kodak ended Ektachrome’s run in 2012. The sunset, however, did not last long. Since 2015, a growing enthusiast market and a goose from cinematic heavies such as directors J.J. Abrams and Christopher Nolan have helped 35-millimeter-film sales rebound. The trend spurred Kodak to revive Ektachrome.Over the past three years, the Rochester, New York, company has worked to fine-tune the chemical mix that made the iconic film, which is on sale now in all of the most popular formats. Here’s a look at how thin strips of acetate become tiny blank canvases.

The Eastman Business Park in Rochester spans 1,200 acres and has its own power plant, private railroad, and fire station. This smokestacked building, which Kodak sold in 2013, sits just outside one of the company’s only remaining facilities for analog-film production, where Ektachrome takes form.

The left side of this image is from a modern digital camera (a Canon 5D Mark III); the right side is an Ektachrome exposure. We retouched the Ektachrome frame to better match the stock’s original color (rich blues). Our original shot was on an expired roll from the secondary market and so had a pinkish tint—though you could still see some of the characteristic blue in the shadows.

The elevators in Building 30, where Kodak blends film chemicals, help workers’ eyes get used to the conditions that light-sensitive compounds demand. From street level, they enter cars lit green, a hue that encourages their peepers to adjust to the dim, film-safe red tones upstairs. The crimson light won’t react with the more than 1,200 chemicals Kodak keeps and catalogs here. Staff maintain the building at 75 degrees and 50 percent humidity, conditions that help stabilize setting agents such as gelatin and cut down static electricity, which can expose film.

All film has two main components: a substrate and layers of photosensitive chemicals—the stuff that makes pictures happen. Ektachrome requires 106 components distributed across 15 layers. Workers load raw materials into the industrial mixers seen here to create blends that, among other functions, resist fog and balance the acidity of the film.

Down the hall in the precipitation room, chemists mix the compounds that make the film sensitive to light. Pumps push raw materials such as silver, bromide, dyes, and salts into the kettle (center) in densities measured out to five decimal places. The result is silver halide crystals tuned for different colors; those dyed yellow will grab blue light, magentas capture green, and cyans snag red.

At the bottom of this 475-gallon mixing kettle, a planar emulsion precipitation apparatus (or PEPA), which vaguely resembles a perforated plastic watermelon, spins at up to 5,000 rpm. The speed helps evenly distribute the silver halide crystals in liquefied gelatin to create an emulsion. Learning to work with the fussy animal-derived material is what spurred Kodak founder George Eastman to create the film giant’s research arm in the late 1800s.

Once blended, chemicals travel in barcoded containers across “The Bridge,” a conveyor-belt system that connects Building 30 to a coating facility in Building 38. Once the substances cross this expanse, an automated process takes over, reducing the risk of spills or mix-ups. The light-sensitive emulsions occupy matte black boxes, while other elements await their fate in bottles.

Here in the melting room, machines called dumpers move silver halide emulsions and other chemicals into massive kettles. This row of 26 mixers re-melt gelatin and marry disparate compounds into film coatings. This room is typically blackout dark when mixing is in process.

Coatings get cleaned up in this, the “hot room,” on their way to meet their acetate base. The tubes running across the room’s frame deliver materials to filters (not shown) that catch any undissolved gelatin. Meanwhile, ultrasonic vibrations shake out bubbles that could leave voids on the film. The space stays above 100 degrees to keep everything flowing freely.

The coating process happens in perfect darkness, but it’s controlled from this 1980s masterpiece. Two rooms away, machines paint each of Ektachrome’s 15 layers onto acetate. The 52-inch-wide film rolls pass through a coating waterfall, a cooler, and a dryer. Once they reach the other side, the direction switches, and the film circuits through the whole process again. If laid end to end, the trip would stretch nearly a mile. The facility sits on a steel-reinforced concrete slab that reaches 100 feet below the ground, all the way to bedrock, negating any ambient vibration that could cause coating inconsistencies.

Once the film is finished and the coatings hardened, workers seal it in light-tight wooden containers and truck it down the street. Each case holds a roll of sensitized stock as long as 12,000 feet—Ektachrome runs will be 6,000 feet. Kodak paints the airtight containers flat black on the inside, and seals them with collars to ensure no light can seep in and prematurely expose the film.

This moving-truck-size machine, known as the slitter, slices the 52-inch rolls into 38 individual strips of 35mm Ektachrome. The apparatus is similar to what food packagers would use to trim Doritos bags but with some special Kodak modifications, such as custom blades. Normally, this room is pitch-black; only strips of green glow-in-the-dark tape help workers find their way around the behemoth.

This device, which Kodak calls “the heart,” punches holes in the edges of the film so sprockets inside a camera can crank through exposures. Film travels from the reel at the right through the rotary perforator in the center at a rate of 3,000 feet per minute. The corrugated tubes that extend like arteries (hence the cardiovascular name) on the top and bottom of the machine are vacuum lines that suck away the chads. Each roll of 36 pictures will have roughly 700 holes.

Engineers test sections of film in a developing lab. They spot-check for imperfections including incomplete chemical coating or crinkles from the machinery. During production, Kodak uses night-vision cameras to monitor the film for irregularities such as uneven application or breaks. If the machines sense that something is wrong, they mark that spot on the roll so testers can then cut out that piece and diagnose the mishap.

The final film goes on to the packaging area, where a machine wraps it around plastic spools like these. Each batch of Ektachrome nets out to nearly 3 million feet of film—or more than 600,000 individual rolls. How much of it the company makes will depend on sales; film has a finite shelf life—even if you store it in the fridge.

The machine at left funnels empty metal film cans via conveyor belt toward the last packaging step—inserting rolls into their canisters. The cramming happens in total darkness in a room to the right of this frame. Kodak ran its first reel of Ektachrome at the end of 2017. The company earmarked the entire batch for internal testing, to make certain the film’s light sensitivity and color are just what devotees remember. The familiar 35mm version of the film hit the market in 2018, and now the larger format sheet and roll film will officially debut just before the end of 2019.