Hyperloop Tech CEO Predicts The Hyperloop Could Become Reality by 2020

Even without direct involvement from Elon Musk 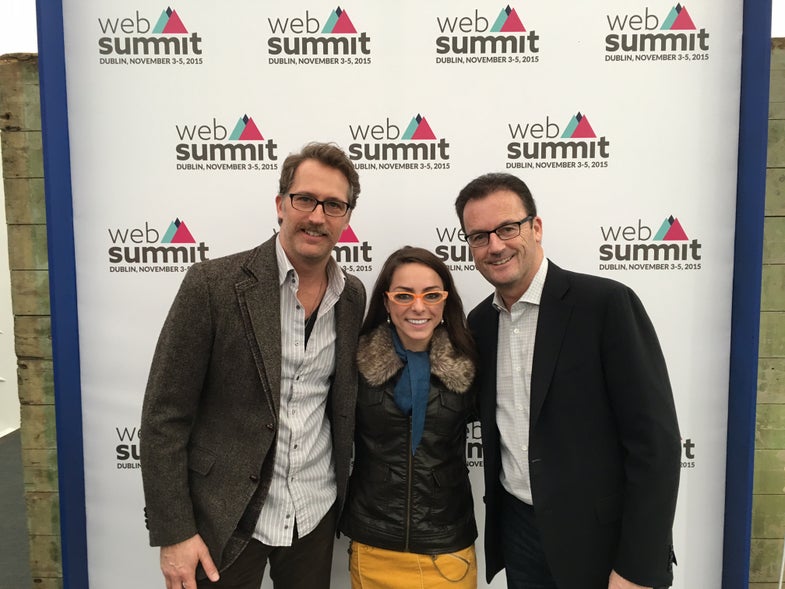 Rob Lloyd is working towards a “Kitty Hawk” moment.

That’s what the CEO of the startup company Hyperloop Tech revealed during a presentation at Web Summit in Dublin last week, referring to the time and place (December 17, 1903, in Kitty Hawk, North Carolina) when the Wright brothers achieved manned flight for a few seconds, forever chaging transportation as we know it.

Now Lloyd and others like him in the tech innovation space are also seeking forever change transportation using the Hyperloop— high speed pods that levitate off tracks, offering an “on-demand” method of transportation. The goal: a system that could send people from Los Angeles to San Francisco in just 30 minutes.

In 2013, Elon Musk, chief executive of Tesla Motors and SpaceX, posed the idea of the Hyperloop. Back then, it sounded like something out of “The Jetsons.” But today, just two years later, transportation innovation companies are racing to make that dream a reality. And Hyperloop Tech is leading the way.

At Web Summit, I sat down with Lloyd, who is the former president of Cisco, to discuss the future of the Hyperloop. When Lloyd joined Hyperloop Tech in September, he became a part of an all-star team, consisting of former SpaceX engineer Brogan BamBrogan and Shervin Pishevar, a venture capitalist, angel investor and strategic advisor and board observer at Uber Technologies, among others.

Lloyd says that the science for Hyperloop transportation exists today. The challenge his company faces, he says, is creating the best architecture to carry it out. He says the goal is to build an environment in a tube at an extremely low pressure, and then create a pod—“think of an airplane without wings,” he says—that can move through that area without wheels at up to 750 mph. With the low pressure, and because there’s no friction such as wind or wheels to slow it down, the pod requires little energy to move at a high rate of speed.

“We’ll be about two to three times the speed of high speed rail,” says Lloyd. He adds that, unlike airplanes, there will be no turbulence, weather delays or interference, and unlike high-speed rail, the system will be able to travel under water in a controlled environment. “That controlled environment allows us to go much faster and in a much safer fashion than any other form of transportation,” he says. 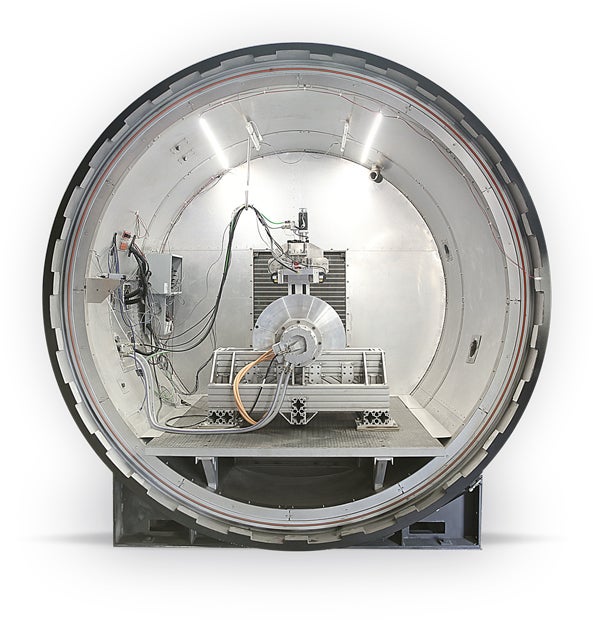 The startup company Hyperloop Tech describes its “Levitation Rig” as a “unique test stand” measuring 18 cubic meters (approximately 635 cubic feet). The company plans to use it to test the magnetic levitation system for its high-speed train cars.

He predicts that Hyperloop will have far reaching impacts. With high-speed travel available, people could live farther away from their jobs, often in more affordable communities. Ports, which take up large amounts of waterfront space, could move inland and transport shipments via Hyperloop, at the same time freeing up the waterfront areas for people to enjoy, while also diminishing the traffic ports inevitably draw.

And then there’s the green aspect. “It’s very efficient in energy, it’s all green, it’s all electric,” says Lloyd. He says the system could hold fiber optics, solar panels and other items. “And the land required to do this is a fraction of what’s required to put in a traditional high speed rail,” says Lloyd.

It’s quickly becoming a reality. Lloyd says his company has ordered steel and construction will begin in January on a two-mile test track in California, as Hyperloop races against other companies to have the first system in place. “We are building an open-air test that will be going 400 miles per hour,” he says. The tests will begin at the end of 2016.

Lloyd says the company is also on the lookout for three sites that will be a good fit for the first Hyperloop systems. “We will go first where governments support us. Where regulators give us the ability to create a right of way. Where capital can be formed and where people want change.”

He predicts that in less than five years, Hyperloop will have its Kitty Hawk moment. “I’m very comfortable by 2020 you and I will be sitting beside each other in a Hyperloop taking the first ride, and it’ll probably be 100 to 150 kilometers,” Lloyd says. “I’m very confident that’s going to happen.”

You can catch the full audio of the conversation with Rob Lloyd on Katie Linendoll’s podcast at http://www.Katie.show/.