Did staring at the eclipse damage my eyes?

If you're wondering, you're (really) not alone. 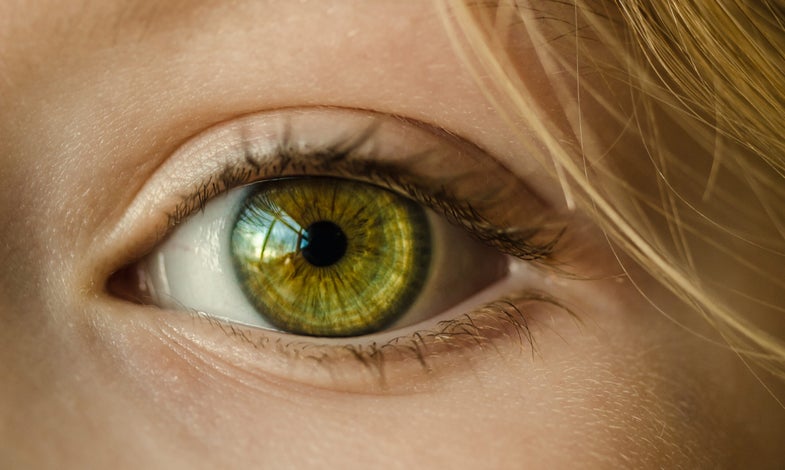 You can't see your own retinal damage — you'll have to go see a doctor. Skitterphoto
SHARE

So you looked. Everyone told you not to, but it seemed so easy to sneak one little peek. Or maybe you just thought it would be okay to watch through a pair of sunglasses. Sure, you wouldn’t stare at the sun through your sunglasses normally. But you were sure it was fine to chance it for such a momentous occasion.

And then came the paranoia. Maybe all those articles were right. Maybe the sun really is that damaging. Is that a pain in your eye? Is this what impending blindness feels like? How will you watch the Game of Thrones finale with no vision!?

At kid's optometrist appointment: the doc's phone keeps on ringing with people asking for emergency consultation for burn retina.

Good news: eye pain doesn’t mean that you’re going blind. If you woke up this morning with a headache, it’s far more likely that you forgot to drink enough water—or that you spent the night so anxious about your retinas that you now have a tension headache.

But if you’re still concerned that you might’ve done some real damage, here’s what you should know:

There are no pain receptors that tell the brain photoreceptors are getting fried. Since the dimmed light during an eclipse is easier to handle, all the reflexes that normally keep you from looking directly at a bright star are dimmed as well. Without pain, that means many eclipse viewers will be able to tolerate the sun for longer than their eyes can actually handle.

But this lack of pain receptors also means that if you were one of the many, many people Googling “my eyes hurt” yesterday, you don’t necessarily have retinal damage. It’s more likely that many of us are overreacting to standard aches and pains in response to all of the warnings we’ve heard about the eclipse.

The real signs of damage show up about 12 hours later

In other words, in the middle of the night. If you woke up this morning with blurry vision or a bright spot in one or both eyes, that’s a good sign you’ve done some damage. There’s not much you can do at this point but go see an optometrist (an ophthalmologist is better, but they’re harder to get in to see). They’ll be able to look through your pupil to your retina and assess the situation. If it’s really serious, they’ll send you along to a specialist for more testing.

Sometimes the damage does heal

But if you’ve really done a number on your photoreceptors, they’re not likely to heal completely. The body is excellent at healing cuts and scrapes because skin regenerates so frequently, but the nervous system isn’t quite so adept at rejuvenating cells. So even if your vision improves, it’ll take a year or so. In many cases, the damage is permanent.

If you just looked for a second, you’re probably okay

Technically speaking, there’s no safe amount of time to look at the sun. That’s why every NASA scientist and ophthalmologist on every network news show kept repeating “DO NOT LOOK AT THE ECLIPSE!” Seriously, you’d be amazed at how quickly your eyes can take an irreversible wallop.

But anyone who snuck the briefest of peeks is probably fine. A couple of photoreceptors are the most likely casualties of such a quick glance, and most people won’t notice they’re gone. Relax, take a deep breath, and remember that it’s easy to convince yourself that you have symptoms that aren’t really there. Very few people actually end up with solar retinopathy, but nearly everyone gets WebMD-itis. If you’re really concerned, go see a doctor. Otherwise, stop Googling and get back to work.