How To Build A Ballistics Box That Measures Fastballs About 300 years ago, English scientist Benjamin Robins decided to measure the speed of a bullet, a task that led him to invent the ballistic pendulum. This device tracks the momentum of a projectile, allowing users to calculate the speed and energy as well. Although the chronograph later replaced that method, the ballistic pendulum has a great advantage: It relies on very simple mathematics.

Basically, the user fires a projectile—in Robins’ day, a cannonball or musket shot—at the pendulum. The faster it’s moving, the farther the pendulum will swing, pulling measuring tape along behind it. Robins determined that the distance the pendulum swings, along with its weight and that of the projectile, can be used to figure out the projectile’s velocity. Bullet speed doesn’t interest me, but a ballistic pendulum can measure the speed of any object—including a baseball. With baseball season in full swing, I set out to build one.

To construct the frame, I used dimensional lumber stiffened with plywood gusset plates. A plastic milk crate lined with crumpled newspaper served as the base of the pendulum. I attached the top of the crate to an aluminum bar, which I then connected to a wooden dowel. The dowel fit through holes at the top of the frame so it could swivel freely like a spit. Finally, I attached measuring tape to the bottom of the crate and ran it through a slot in the middle of the frame. The slot provided just enough friction to keep the tape from sliding                   back after the pendulum hit peak swing, thus recording the measurement. The project took me about half a day and cost less than $50.

105.1: Miles per hour of the fastest pitch recorded, thrown by Aroldis Chapman in 2010

To gauge my fastball, I just pitch the ball into the milk crate. The crate swings up, and the tape registers the distance of the pendulum’s arc. Using Robins’ original equations, I can calculate my pitch speed. It’s tougher than using a chronograph or a radar gun—and way more satisfying.

How To Build A Ballistic Pendulum

A saw, drill, and a few wrenches are the only shop tools you need to build a ballistic pendulum.

First, you must assemble the frame from dimensional lumber and plywood gusset plates. Refer to the materials list and to the illustrations for construction. 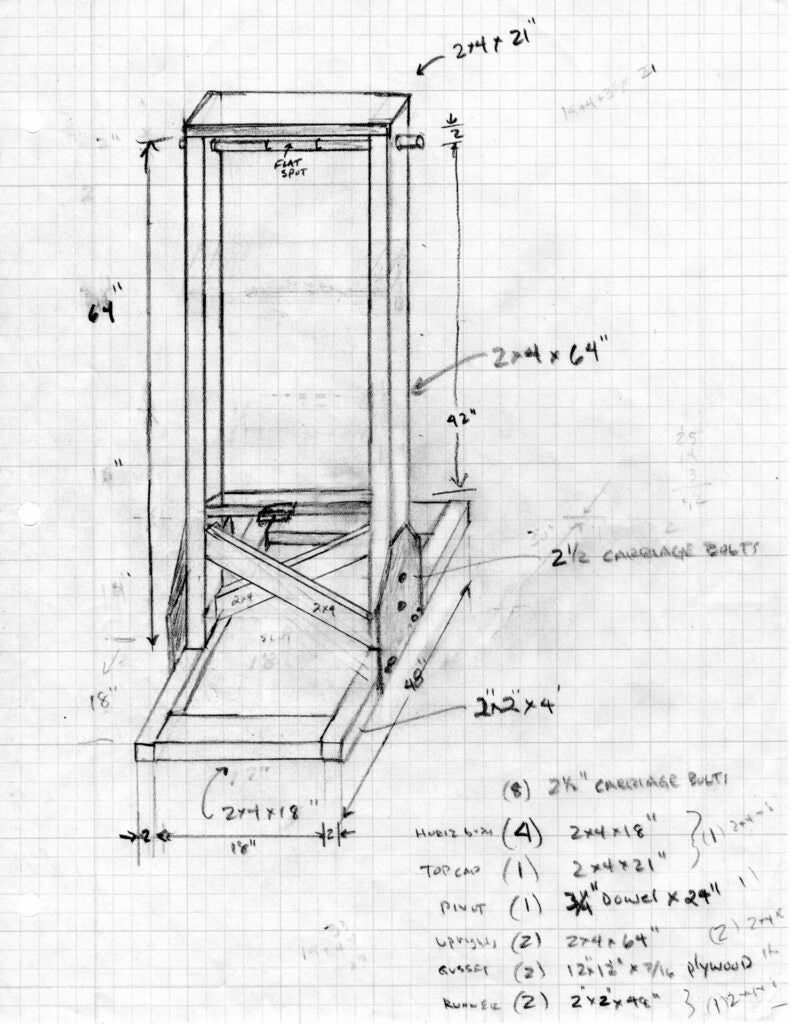 For the pendulum, line a plastic milk crate with cushioning. Then, following the pendulum assembly drawing, attach the milk crate to the aluminum bar, using a wooden block to spread out the connection area. Attach the other end of the bar to a pivoting dowel with a couple of #10 bolts. 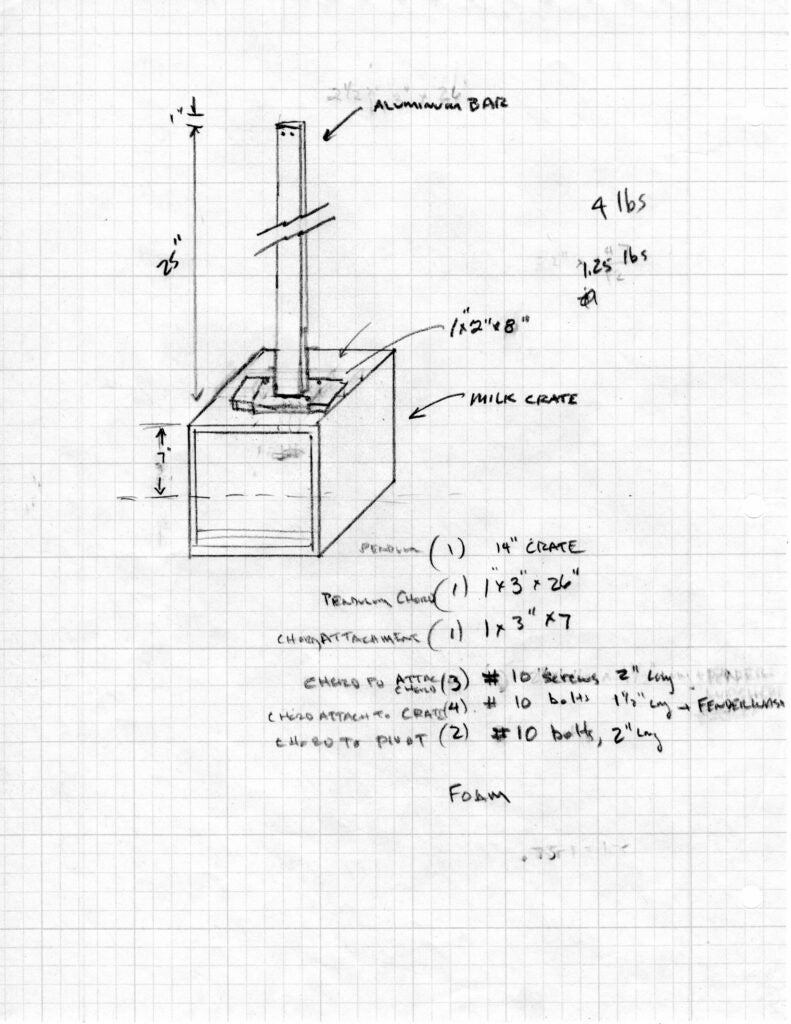 Insert the dowel into the frame, and make sure the pendulum swings through the frame without interference.

When you pitch a baseball into the milk crate (making sure the ball hits the interior cushion), the crate will swing up and the attached measuring tape will register the distance it swings. I used Robins’s original equation to calculate the pitch speed based on this distance. The table assumes you are pitching a 5-ounce baseball into the pendulum described above, which weighs 64 ounces and hangs on a 32-inch arc.

If you want to measure the speed of a different projectile, or use a pendulum of different length or weight, the math and physics get a bit more complicated. To get the gritty details, email info@gurstelle.com.

This article originally appeared in the September 2015 issue of Popular Science.