Back to the present 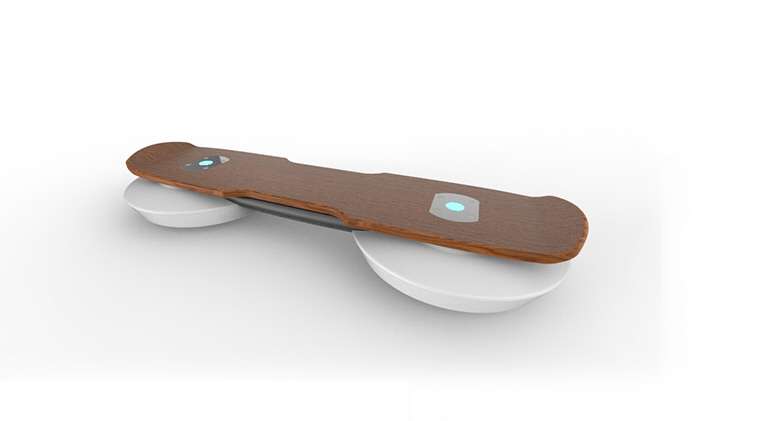 We’re almost at the end of 2015, and the question isn’t if Back To The Future‘s Marty McFly would have a hoverboard to ride, but which one?

If McFly has any sense of branding, perhaps he’ll be swayed by the new Hendo 2.0, a redesigned magnetic levitation board featuring design input from legendary skateboarder Tony Hawk.

But McFly is hardly limited to just one type. On shelves, there’s the hands-free Segway-style hoverboard that is neither a board, nor does it hover. There’s the Lexus-built magnetic levitation hoverboard that works in exactly one specially built skate-park. Earlier this year, an American even flew a homebuilt hoverboard across a record-setting distance over a lake in Canada.

Like the Lexus venture and this student-built project from 2011, the Hendo 2.0 is essentially a magnetic levitation platform. Last year, the first version of the board raised half a million dollars on Kickstarter, and delivered a hovering board, with a couple of caveats. First, the board requires a special conductive surface for its electromagnetic levitation to work, so it can’t hover just anywhere. Second, it’s less an athletic tool and more a clumsy airhockey puck, as Tony Hawk discovered in a test ride last year.

To make the next version better, Hendo turned to Mr. Hawk himself. In concept images released for the new Hendo 2.0 hoverboard, it appears to be a thinner, sleeker model. More of board, less of a awkward hovering slab. We won’t know the final design until October 21st. That date, by no coincidence, is also the date in the future Marty McFly travels to in Back To The Future Part 2.

Back to the Future
Gadgets
hendo
hover boards
hoverboards