Is it OK to drink blood?

A little human blood won't kill ya, but going full-on vampire might. 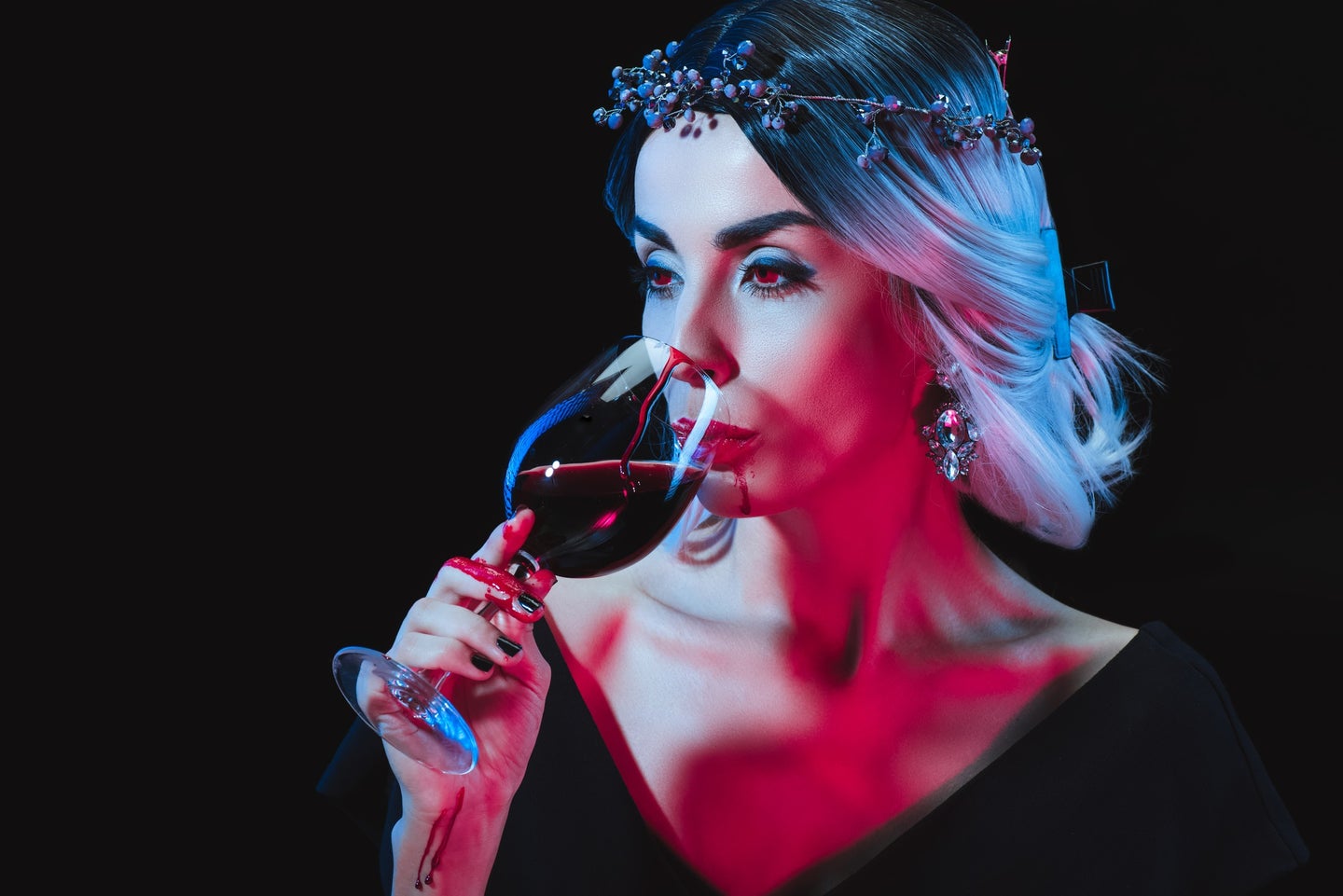 Whether you’re channeling your inner Morbius or Dracula, chugging a goblet of blood is not a gory practice you’d want to reenact in real life. Blood, a necessity for human life, is ironically poisonous to drink. Medical experts warn you can get very sick from drinking it every day and invite a number of infections into your own supply.

One reason blood is dangerous to human health is it carries risky viruses. “Human blood is a biohazard,” says Laura Purdy, a family medicine physician and chief medical officer of telehealth company OpenLoop. “By exposing ourselves to someone else’s blood, you are potentially exposing yourself to infections that live in the bloodstream.” Just a few drops from the impure liquid is enough to transmit infectious blood-borne diseases such as HIV, hepatitis B, or hepatitis C. You can get syphilis too by exposing yourself to another person’s blood, though it is more commonly spread through sexual contact, Purdy says.

Now. having a quick lick of uncontaminated human blood wouldn’t exactly harm your health, says Rosmy Barrios, a regenerative medicine specialist and medical advisor for Health Reporter. Celebrities like Machine Gun Kelly and Megan Fox have admitted to drinking a few drops of each other’s blood for “ritualistic purposes,” and seem to survive just fine. But drinking it daily could build up toxins in your body.

[Related: What is a toxin?]

If you’ve ever had a cut in your mouth or tasted a sprinkle of plasma and hemoglobin, you might have realized the sanguine fluid carries a bitter metallic flavor. The metal you taste comes from the high iron levels in blood—a normal range in adults is 60 to 170 micrograms per deciliter. Unlike vampire bats, which have evolved to stomach large doses of iron, humans carry a gene that prevents absorption of the mineral. Barrios says humans cannot properly digest blood and its rich iron content, along with all the nutrients we get from our usual diet. “An excess [of iron] is toxic to humans, and in some cases, even fatal,” she warns. “An overdose of iron can cause severe vomiting, diarrhea, abdominal pain, dehydration, and even death in children.”

Iron overload, or hemochromatosis, can produce symptoms of fatigue, joint pain in the hands and knees, low sex drive, and darkening skin color—a stark contrast to the glittery white skin Edward Cullen pulls off. What’s more, complications of hemochromatosis can lead to the development of cirrhosis, diabetes, or heart failure.

Both Purdy and Barrios say there is insufficient research to support any benefit of drinking human blood. (It won’t make you younger or give you a better high.) And while blood is a cocktail of different vitamins and minerals, we can find these same nutrients in food. “There is no exclusive benefit drinking human blood would give you that you couldn’t get from another dietary source,” explains Purdy. “If you’re looking for iron, you can eat red meat or spinach.” Besides, blood doesn’t have enough of every nutrient a person needs to survive: The human body cannot produce vitamin C, which is usually obtained from citrus, cruciferous vegetables, and supplements.

[Related on PopSci+: Has the fountain of youth been in our blood all along?]

Another complication to living out any vampire fantasies: mismatching blood types. In normal circumstances, the consumed blood would be processed and eliminated through your GI tract. However, if someone has an ulcer or another open wound in their digestive system, Purdy says there is a chance of the blood getting mixed into your own. If the other person has a blood type that does not match up, you risk an intense immune reaction. “On the off chance incompatible blood types did mix, red blood cells would break down and form antibodies that attack each other,” she explains.

If you still have a morbid curiosity to see what human blood tastes like, both experts suggest trying only a few drops. But before you experiment, consider testing the sample to make sure the blood type is compatible with yours and there are no transmittable diseases. Purdy says that “as with all exchanges of bodily fluids, do so wisely with a well-informed understanding of the other person’s medical condition.” Hopefully, Megan and Machine Gun checked with their doctors first.