Explore Deep Inside Your Body With Google Maps

Software could help researchers understand our bodies on a cellular level 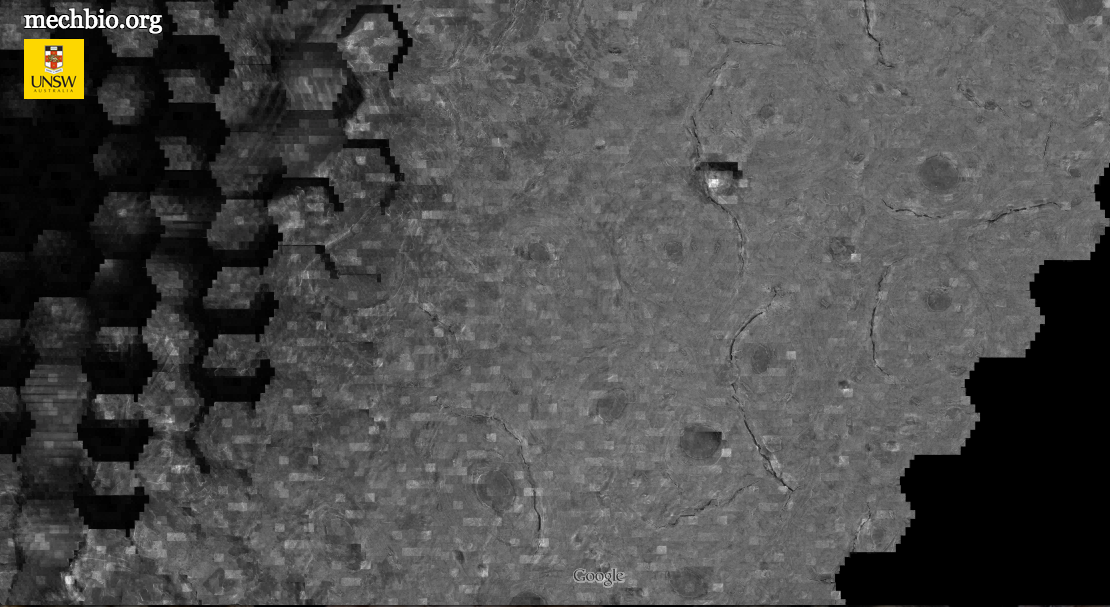 Google Maps has done more than discourage us from asking for directions—it has enabled us to explore our world (and others like never before. Now an international team of researchers has used the same software to peer inside the human body, zooming down to the level of an individual cell. Right now the technology is being used on hip tissue to better understand osteoarthritis and chronic joint pain especially among the elderly, but researchers hope to do the same with other tissues in the near future.

Melissa Knothe Tate, an engineer and biologist at University of New South Wales in Australia who is leading the project, got the idea for the project after previous research into how nutrient transfer among blood, cartilage, and bone tissues affects the onset of osteoarthritis. To better understand this cellular traffic in humans, the researchers took many photos of the hipbone with a scanning electron microscope. The researchers then compiled the terabytes of data and used Google’s algorithms to zoom in and out on the tissues, just as one does in Google Maps. Thanks to this took, the molecular analysis that would have taken the team 25 years to complete now just takes a few weeks, Knothe Tate said in a press release.

“For the first time we have the ability to go from the whole body down to how the cells are getting their nutrition and how this is all connected,” Knothe Tate said. “This could open the door to as yet unknown new therapies and preventions.” While Knothe Tate plans to investigate new treatments for osteoarthritis in the hip, other researchers involved in this project, from Harvard University, plan to apply the same technique to understand the connections within mouse brains.

You can test out the program on the hip tissue here.