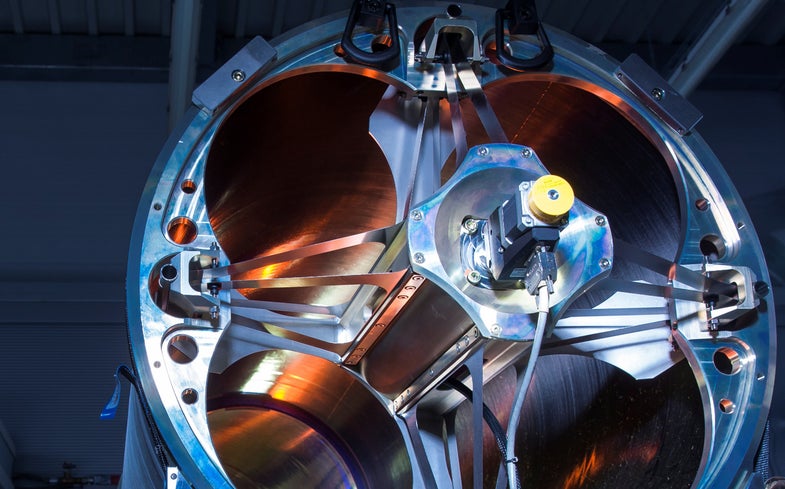 This ain’t a laser light scene, it’s an arms race. Thanks to recent technological advances, wars of the future might see swarms of cheap and deadly drones flying through the sky. And when they do, cheap lasers may finally shoot them down. German defense contractor MBDA just shot down a small moving drone with a laser from 1,640 feet away.

Why lasers? Missiles, which make sense for destroying large expensive planes, aren’t designed for smaller targets. Bullets can hit low-flying drones, but fall short at range. Lasers, while expensive to build, are cheap to fire, and can reliably hit targets at distance. The main problem with lasers is that they have to stay focused on the target until they burn through it. This is great against targets in one fixed place or traveling in a straight line, but drones that maneuvered out of the laser beam could survive.

Or at least, they could until now. The German test, according to the company, destroyed a maneuvering drone within seconds, thanks to a tracking and targeting system that kept the beam on the target. The Navy wants to give the Marine Corps anti-drone lasers on trucks, and they’ll need a system like this to work, as would the Army’s laser-firing HEL MD. While development is still early, and MBDA is keeping details of the test close, expect anti-drone lasers to heat up battlefields laters this century.