It's a complicated question we've yet to really answer. 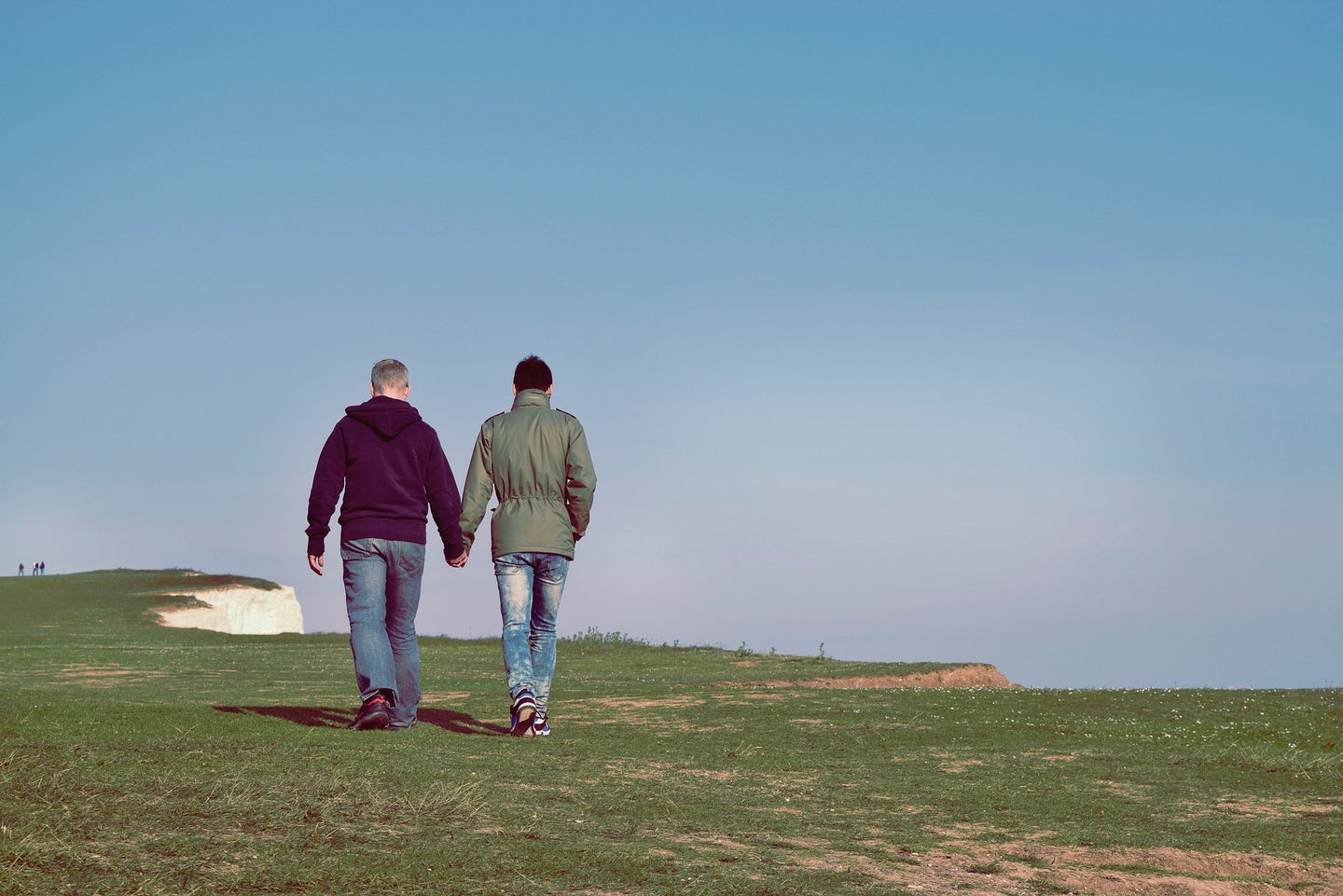 Genetics can’t predict whether a person will engage in same-sex sexual behavior, according to new research published in the journal Science. The study, which tested nearly half a million people, found that while there are some genes that contribute to sexual behavior, they each only play a tiny role—social and environmental factors make up the rest.

“This is is the largest and most thorough investigation into the genetics of same-sex sexual behavior to date,” says study author Ben Neale, geneticist at the Broad Institute and associate professor in the Analytic and Translational Genetics Unit at Massachusetts General Hospital, in a press conference. The study notes the small role genetics plays—but also the complexity of the biological factors involved.

“This study puts to rest the notion that there is a ‘gay gene,’ ” says Darren Whitfield, an assistant professor in the School of Social Work at the University of Pittsburgh studying LGBTQ health, who was not involved in the research.

The authors said that they worked with LGBT advocacy groups to discuss the best way to communicate their work to the public, and that those conversations affected the way they wrote the paper. Whitfield noted that the study avoided some of the problems of past research on sexual behavior and genetics, and was conscientious of the fact that this kind of work does not happen in a vacuum. “It seemed that the scientists were mindful of the message it might send,” Whitfield says. “In the past, researchers working in genetics in this area really did not think about the consequences work like that might have.”

However, Whitfield continues, that doesn’t entirely counteract the risk that this type of work can pose, and there are concerns that this data could be weaponized against the LGBTQ community. “These things do have the potential to reinforce homophobia,” he says. “It can reinforce the idea of any abnormality [connected] to same-sex attraction.”

The study analyzed the genes of nearly 500,000 people who’d contributed DNA in a handful of different ways, including to UK Biobank, which collected data from volunteers in the United Kingdom, and the direct-to-consumer genetics company 23andMe, which asks customers if they want their data to be used in research (and included an additional consent form to participate in this particular study). The dataset only covered people of European ancestry. The team then looked for associations between the genes of the participants and their reports of same-sex behavior—which, for the purposes of this study, was defined as ever having had sex with someone of the same sex. Those behaviors, they noted, are not equivalent to sexual orientation or identity: a person who reported having same-sex sex may be bisexual, gay, pansexual, or any number of other identities, and that was not reflected in the research. The study also did not include people who were transgender, intersex, or otherwise did not identify with the gender they were assigned at birth.

The genes associated with same-sex sexual behavior overlap with those involved in mental health disorders like schizophrenia and depression, which the authors write could be due to discrimination faced by people who have sex with others of the same sex. “For the U.K. Biobank data, for example, the participants came of age at a time and place where same-sex sexual behavior was criminalized,” Neale says. “And other studies have clearly shown the impact on mental health that . . . kind of othering or exclusion or even criminalization of behavior [can have].”

The findings also called into question the Kinsey scale, a common metric that describes a person’s sexual orientation on a measure from zero (entirely homosexual) to six (entirely heterosexual): The study reflected more diversity in individuals’ sexual behaviors than that. “[The Kinsey scale] is really an oversimplification of the diversity of sexual behavior in humans,” Neale says.

As well as contributing data to the project, the 23andMe research team worked actively on the study itself. The company has expressed interest in studying the genetics of sexual behavior and orientation since 2012. “As a company we are committed to representing the full diversity of human populations, and sexual behavior is just one component of that,” says Fah Sathirapongsasuti, senior scientist at 23andMe, during a press conference. “We hope that this new study marks a starting point for additional research on this important aspect of human behavior.” He added that customers have contacted the company asking for them to do this type of research.

“I think we’ve learned some really important things, and I think those things that we’ve learned include the idea that there is more diversity out there in the world,” Neale says.

As the new study went live, the Broad Institute posted a series of essays from other scientists on the social and ethical issues involved in pursuing research of this kind, which could potentially be harmful to LGBT communities and be used in arguments for discrimination against them. “I am not satisfied with the authors’ justification for performing this study; they are ultimately jeopardizing the perception and safety of the LGBTQIA+ community,” wrote Meagan Olive, a research associate at the Broad Institute.

It’s important to critically think about what can be gained from these sorts of studies, Whitfield says. “At the end of the day, we’re still looking for a genetic component for sexual behavior. The question I would have is—why? What is the purpose?”