Your Genes Could Predict When You Lose Your Virginity

They aren’t the only determining factor, though 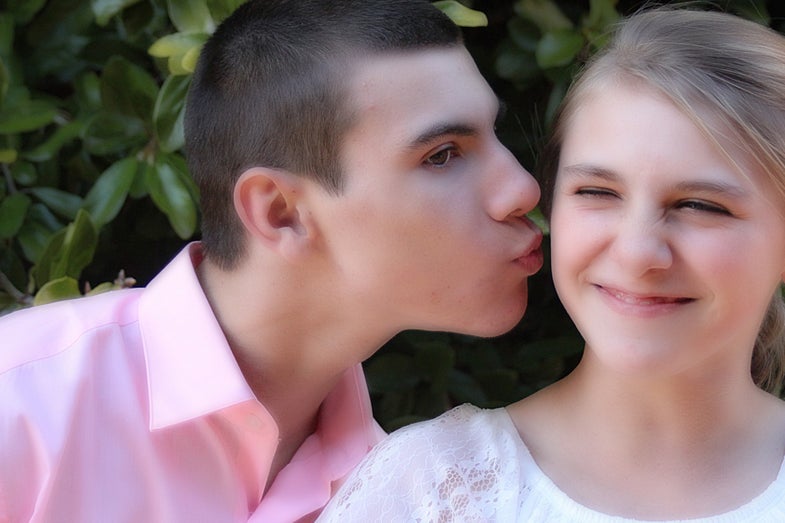 Most parents and health teachers will tell you: Don’t have sex until you’re ready. But according to a new study, that might not all be up to you. After analyzing the genetic data of more than 380,000 people, an international team of researchers has identified 38 genes that may be associated with the age at which people first had sex. The study was published today in Nature Genetics.

The average age at which people lose their virginity has been dropping—today it’s about 16 in most Western countries, according to the New Scientist, down from 17 for boys and 18 for girls in the UK in 1990. Part of the reason, some scientists believe, is that the onset of puberty is earlier than it has been in the past, likely due to better nutrition or possibly people’s exposure to endocrine-disrupting chemicals.

In any case, early sexual activity has been associated with lowered achievement in education, worse physical health and more mental illness, such as depression. The researchers were curious about the relationship between the age at which a person starts puberty and when a person first has sex. Genes, they figured, might provide an answer.

Using the data from 125,000 men and women in the UK Biobank (the same institution that just launched a massive medical imaging study), the researchers identified 38 genetic variations associated with early puberty. They then repeated the analysis with about 240,000 Icelandic men and women, and 20,000 American women.

Their results also indicate that early onset of puberty is associated with an earlier age at which people have sex—one of the variations in women is linked to early estrogen signaling, which kicks the body into puberty. But the relationship isn’t totally clear.

Genes are rarely the sole determinant for our health or behavior, and that’s especially true for sex. Economic and social factors, especially influence from parents, religious leaders, and peers, play a big role in when a person decides to lose his or her virginity, as the researchers themselves note. One researcher told The Guardian that the age at which a person first has sex is about 25 percent genes, 75 percent “nurture.”

One expert suggested to The Verge that future studies could include data from patients in non-Western countries, which have different social attitudes about sex.

The researchers hope that their findings can be used to create more targeted Sex Ed classes.