The failed photo gadgets that were supposed to ‘change everything’

Snap's Pixy selfie drone has officially been cancelled—here are some of our other favorite failures to launch. 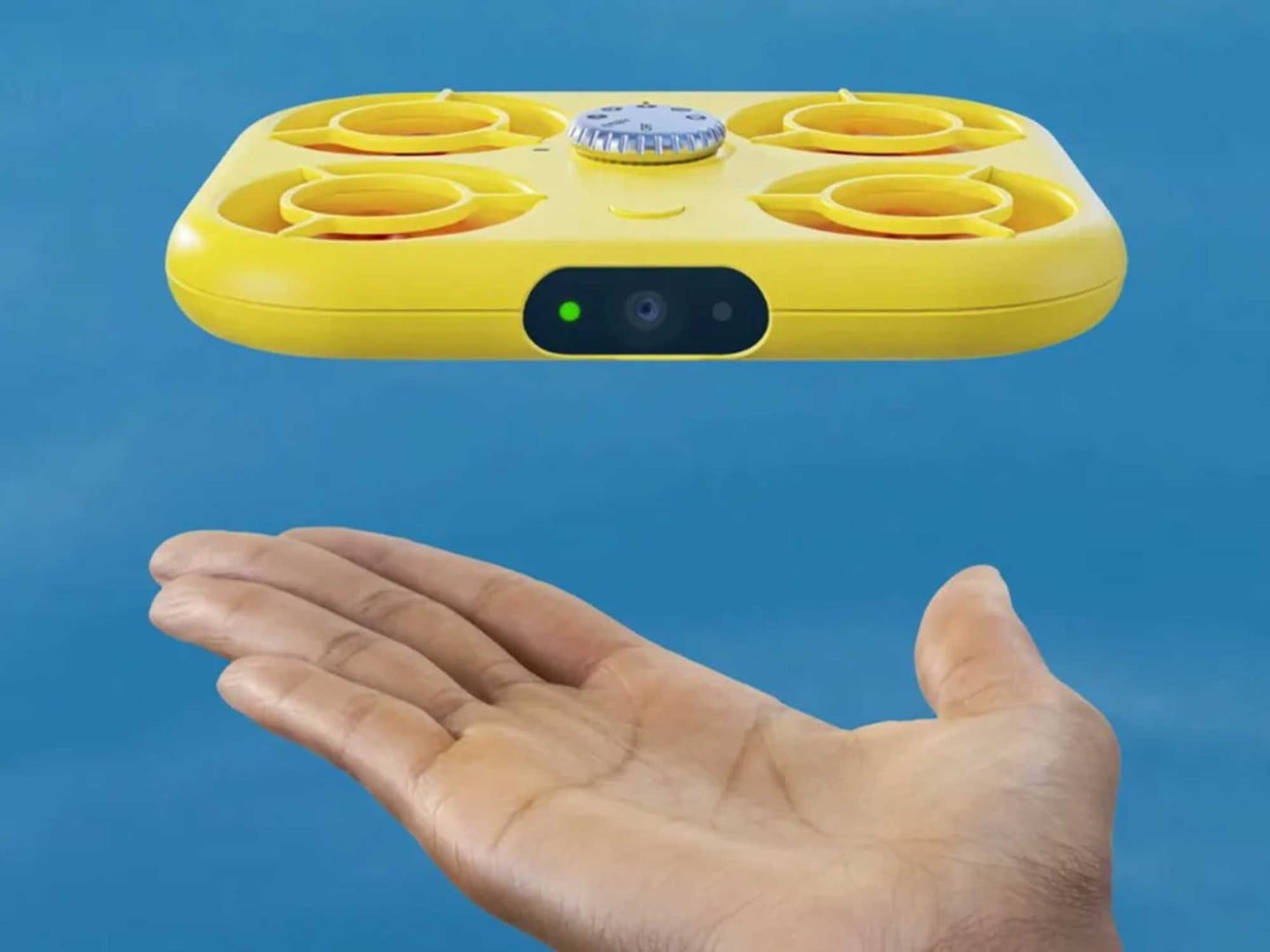 Just four months after launching, Snap (the company formerly known as Snapchat) has grounded its Pixy selfie drone. The diminutive $230 drone got middling reviews and suffered from low presales. Somewhat understandably, given the current economic climate, Snap CEO Evan Spiegel told staff that future development was being halted as “part of broader reprioritization of company resources.”

But the Pixy’s swift crash from grace got us all thinking here at PopPhoto about other products that were announced with great fanfare and then—just didn’t do much. Some are pure vaporware and never even launched, others were just colossal flops. These are some of our favorite defunct photo gadgets.

The Light L16, announced in 2015, crammed 16 different smartphone cameras into one super-sized smartphone-sized package. It could take 52-megapixel images with a full-frame equivalent focal length of between 35mm and 150mm. Because every image was a composite of the 16 cameras, the resulting depth map made it possible to adjust the focus and depth-of-field in post. Light claimed the L16 offered DSLR-like image quality and great low light performance—though the reviews (when it finally launched in 2017) said otherwise, and considered some of the user experience “a chore”.

Instead of working on a follow-up, Light took a huge $121 million funding round from SoftBank and established partnerships with mobile phone companies like Nokia.

That didn’t work out either, and in 2020 the company abandoned consumer imaging to focus on the automotive industry. It was quietly acquired by John Deere earlier this year. Presumably, there is no plan to release a consumer camera.

For action camera company GoPro, the drone market must have seemed like a gimme. Plenty of drones were (and still are) using its Hero line of cameras to capture aerial footage, so why not cut out the middleman and release its own drone?

When the GoPro Karma launched in 2016 the reviews were fine. It wasn’t as feature-filled as DJI’s offerings, but the removable stabilizer grip was considered a clever touch. Then they started falling out of the sky. GoPro had to issue a recall and then re-released it a few months later.

Understandably after that fiasco, consumers weren’t that interested in the Karma, and with sales also poor for the company’s other products, the company was restructured and scrapped its entire drone division in 2018.

Unlike many companies on this list, Lytro managed to launch two products that actually did what they claimed to. Unfortunately, the underlying light-field technology—while undeniably impressive—just didn’t really deliver in the real world.

Lytro’s schtick was that its cameras took photographs at multiple depths. The resulting merged image could have the focus and depth-of-field edited in post. This genuinely worked with both 2012’s Lytro Light Field Camera and 2014’s Lytro Illum—but the user experience left a lot to be desired.

Photographers, it seemed, preferred having a nice-to-use, high-resolution camera, even if it meant handling focusing and aperture themselves.

Lytro pivoted to VR, flailed around a bit, and was then sold to Google in 2018—who promptly shut it down.

In 2018, Kodak announced a brand new Super8 camera. Despite shooting film, it had a few digital touches like an LCD viewfinder and an SD card slot. It was due out later that year and we even got some test footage.

So you can imagine how surprised we were when researching this article to find that, at least according to Kodak’s website, it’s still in development. Sure, it doesn’t look like it’s been updated since 2018, but there is a reservation form where you can sign up to purchase a camera—should they ever materialize.

In 2016, Nikon announced the DL series of 4K compact cameras designed to go head to head with Sony’s RX100 series. There would be three models with different zoom ranges: the DL 18-50, DL 24-85, and the DL 24-500. All were due to cost less than $1,000 and, at least from a spec perspective, looked like they could be a great option for street and travel photography.

But then there were problems. An issue with the integrated image processing circuits caused a delay. And that delay turned into a full-blown cancellation in 2017 without even a single unit sold.

(Nikon’s KeyMission foray into action cameras was equally misguided, but at least the cameras made it to market.)