A bendy, self-cleaning smartphone could arrive in less than a decade 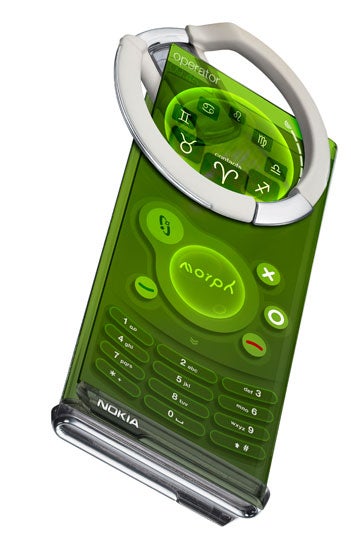 As part of a new design exhibit at the Museum of Modern Art in New York city, Nokia and the University of Cambridge revealed a potential phone of the future, called Morph. Why “Morph”? The gadget’s flexible materials would enable you to twist it into different shapes, you could even wear it as a bracelet.

The concept device is nanotech-inspired, and would serve as a normal phone or mini-computer, complete with keyboard and touchpad. It also boasts a self-cleaning function on the surface that could extend the life of the phone.

Nokia says some of the technology in Morph could start making its way into real mobile devices within seven years. That sounds like a long time to wait for phones that doubles as an accessory. Shouldn’t they be implanted in our ears and jaws by then?