Panasonic’s GF1 Is the Smallest Micro Four Thirds Camera Yet

Panasonic was the first out of the gate with a Micro Four Thirds camera, a system that promises SLR quality...

Panasonic was the first out of the gate with a Micro Four Thirds camera, a system that promises SLR quality in small packages. It was Olympus, however, that hit small-body sweet spot with the EP-1. Today, Panasonic announced their own realization of the Micro Four Thirds promise with the svelte Lumix DMC-GF1.

Their newest attempt is a success: the GF1 is the smallest and lightest camera in its class with an onboard flash; its 10-ounce body measures 4.7 by 2.8 by 1.4 inches (WDH). As Micro Four Thirds dictates, the GF1 stays compact by removing the traditional SLR mirrored viewfinder while still allowing for interchangeable lenses.

The GF1 delivers on features, too. It shoots high-defintion video (1280 by 720) and allows you to adjust depth of field to shift focus while shooting. Its Live MOS sensor shoots 12 megapixel stills. Like most new Panasonics, the GF1 plays a lot with color; it has seven preset My Color modes and nine Film modes. In Film mode, you can tweak sharpness, saturation and contrast, and you can save a custom setting to return to later on.

Also worthy of some fanfare is Panasonic’s newest lens. The LEICA DG MACRO-ELMARIT 45mm/F2.8 ASPH/MEGA O.I.S, is the first Leica lens to adhere to the Micro Four Thirds standard, bringing with it a reputation for superior image quality and the ability to shoot sharp, clear images in macro mode. It will be available in October for $900. 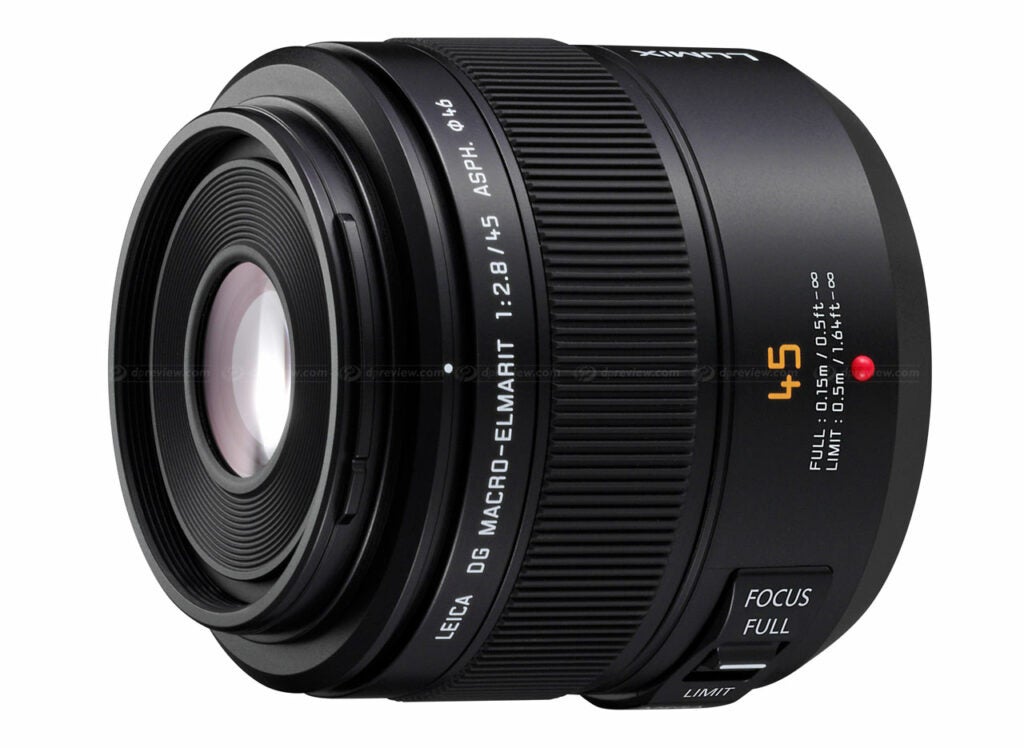