Although Nikon was the first to market with HD capture for its DSLRs, Canon has arguably pushed things further forward...

Although Nikon was the first to market with HD capture for its DSLRs, Canon has arguably pushed things further forward with the full-frame, 1080p-capable 5D Mark II and sub-$1,000 Rebel T1i. The brand new 7D is the next step–enhancing the movie mode with video geeks’ most wanted features, while at the same time integrating features from their top-end 1Ds Mark III family, giving would-be photo pros plenty to covet.

Is this the camera that finally puts the semi-pro digital camcorder firmly in its grave?

We took a prototype for a brief spin, and while it wasn’t enough time for anything approaching a definitive judgment, we were able to get a taste for what this camera is trying to accomplish.

First, the basic specs: The 7D is not a continuation/refresh of the 5D line, it’s an all-new body (with 1Ds-inspired weather sealing and tweaked ergonomics) with an all new sensor (APS-C, 18-megapixels. Not full frame).

Photographically, the 1Ds family was the direct inspiration. The camera’s 19-point autofocus system is a marked increase from the 5D’s 9-point system, and the 7D brings to the table a number of new interface enhancements, allowing almost every button on the camera (including a new multi-purpose function button) to be programmed for specific tasks, such as switching between pre-defined focusing and metering schemes with a single touch. Gone are the obscure custom-function menus, and in their place are a number of new physical buttons (including a one-touch RAW + JPEG capture so you don’t have to dive into the menus to capture a quick RAW shot while in JPEG mode), as well as an intuitive menu system with graphical cues for assigning custom functions to specific buttons. It’s great.

From what we could tell, the new APS-C CMOS sensor appears to be on par with the 5D Mark II’s impressive noise-busting capabilities. Here’s a shot in Midtown’s finest boxing bar, Jimmy’s Corner, showing the boosted 12,800 ISO top end:

The 7D pre-production prototype we shot with still appears to perform well in high-ISO ranges–with the max ISO 12,800 here on the right, and ISO 4000 on the left 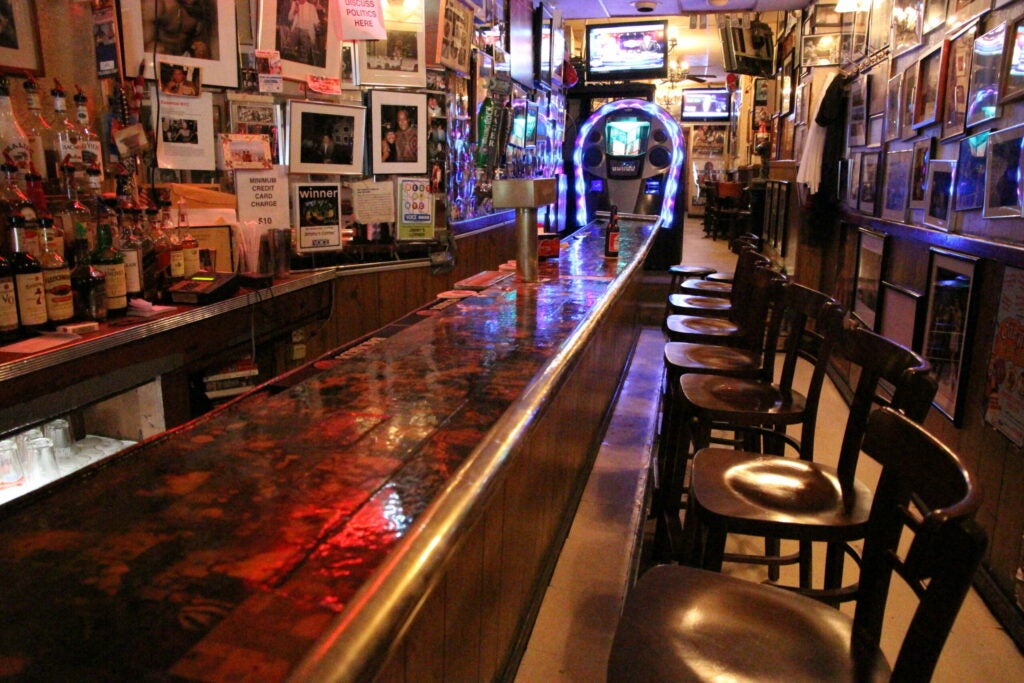 The autofocus system is also tuned to take advantage of Canon’s latest image stabilization scheme, which accounts for subtle forward-and-backward shifts as well as side-to-side to keep macro and long telephoto shots in focus and stable. The shutter is the same one found in the 1Ds for 0.059-second response times (rated at 150,000 cycles), as is the viewfinder and prism, which provide 100% coverage.

In short, many pure-photo features previously found only in the same camera pro photojournalists are taking to Afghanistan have been pulled down to a camera aimed at serious enthusiasts and semi-pros, albeit without the full-frame sensor.

And then there are the filmmakers, who Canon clearly had in mind when they further improved the 5D Mark II’s already-impressive HD capture mode. People are now shooting feature films with the 5D Mark II, and the 7D answers a lot of filmmakers’ wishes: top among them some flexibility in frame rates. The 7D does 1080p at both 29.97 and 23.976 frames per second–the ultra-precise standards used by pro editors (24p and 30p in their parlance). Before, converting to these precise frame rates had to happen separately, but now the camera records those frame rates manually. Drop down to 720p, and you get 59.94 frames per second as well. (European framerates are also covered).

Here is a sample video showing both 24p and 30p at full 1920×1080 resolution (Note, the entire clip has been downsampled and converted to 30fps for the Web. Also, the brief moments of flicker are manual exposure adjustments).

The same manual exposure capability that the 5D Mark II received with a firmware update is back, for tweaking aperture settings during capture. Also the same is the autofocusing options–or lack thereof; autofocusing still requires either a mirror flip-up or a slow hunt summoned by a button press–both of which will have to be edited out of your final product. But manual focus still works fine, and pro focus-puller add-ons for the 5D Mark II are compatible.

All of these video enhancements (and an impressive eight fps burst shooting mode for up to 126 JPEGs at a time) are made possible by having two of Canon’s Digic IV image processors on board–just like your dual-core laptop, doubling the processors means more computing power for crunching all this data.

Again, we only spent about 30 minutes face to face with a prototype, but even that was enough to realize that the 7D will be a strong contender with both videographers (with its increased framerate support) and photographers (with its enhanced auto-focus, rugged body and overhauled menus and custom functions) at a semi- or fully professional level. The only thing missing (and this will be a dealbreaker for many in the pro-leaning market, I imagine) is the full-frame sensor. Nonetheless, a pretty impressive feat for a single camera, especially at this price. 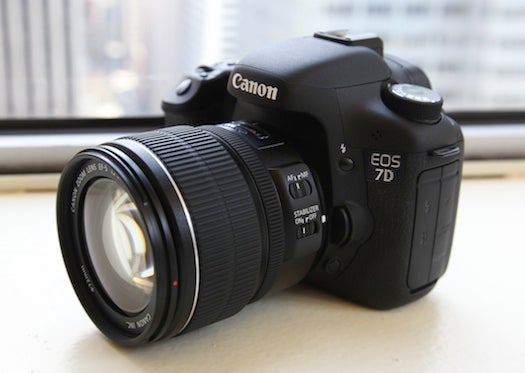