This App Can Make Anyone A Video Game Designer

Draw the design for a level on graph paper, and Pixel Press can translate it into a real, playable game 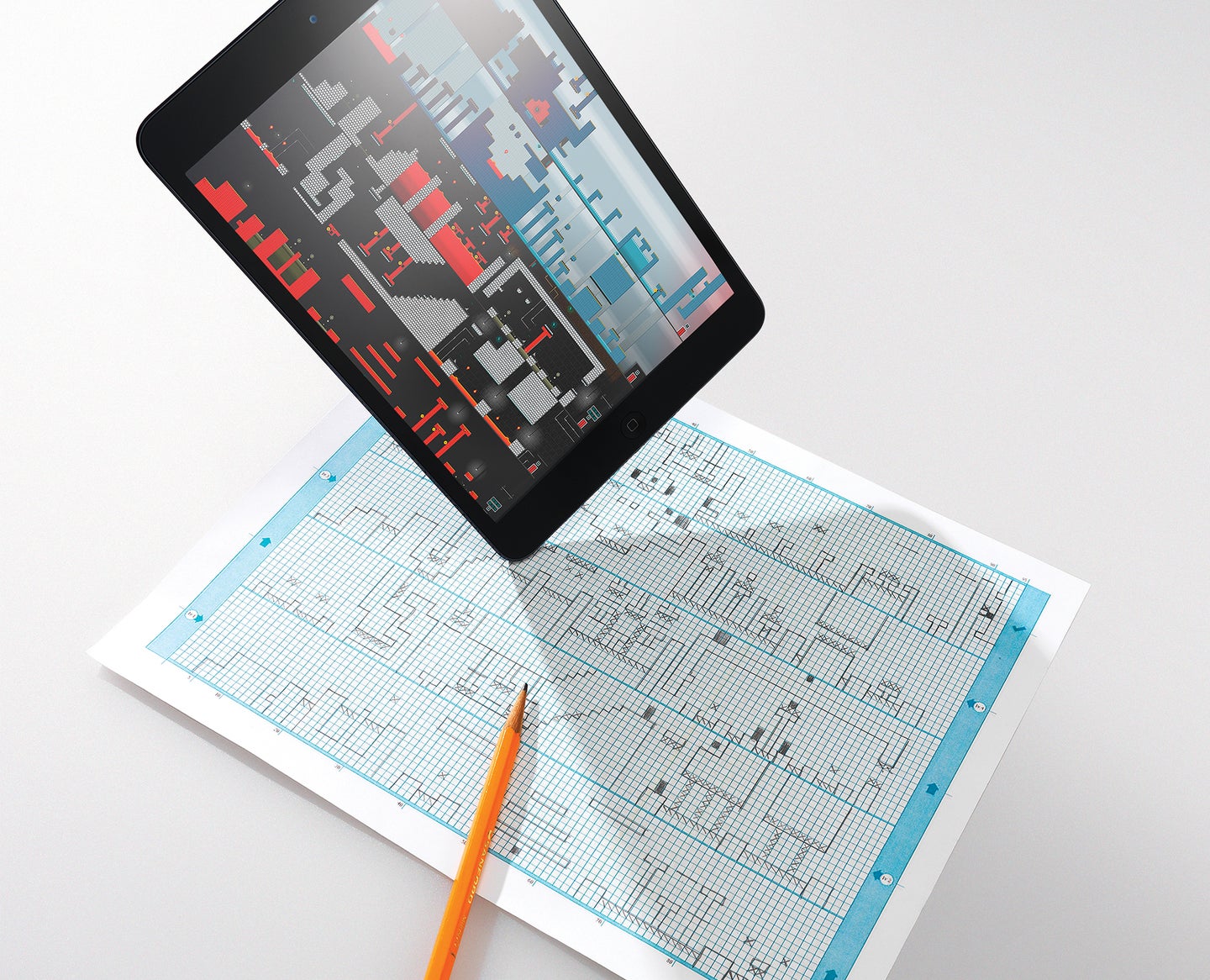 Who hasn’t sat on the couch at the end of a marathon gaming session and wondered what it would be like to make a game rather than just play one? With Pixel Press, anyone can do both—no coding required. The app, which debuts on iOS later this year, converts simple marks on paper into a playable videogame.

The Pixel Press team invented a sketchable language for game design. Armed with custom graph paper and a small glossary of shorthand—lines, Xs, slashes—users draw games, which the app then scans and converts into an actual, playable videogame level. For example, the app reads a blacked-out square as a power-up marker, and Xs on a platform as spikes. It takes less than 30 seconds for the app to convert the marks; once that’s done, players add colors and textures.
At launch, the system will make only Mario-style sideways-scrolling games, but the developers at Pixel Press already have a prototype to create puzzles—and they’re also planning racing and adventure games.