Raise Your Own Edible Bugs With This Decorative Kitchen Pod

In case the only thing keeping you from adopting a sustainable bug diet was a lack of attractive appliances. 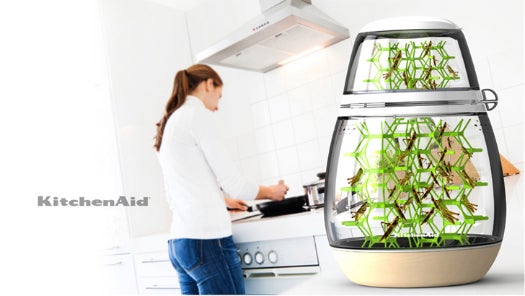 The U.N. recently suggested (not for the first time) that we put a bit more crunchy insect protein into our diets. Eating bugs could provide a sustainable source of snackage–they produce less greenhouse gas than cattle, those four-legged methane-factories, and don’t require as much farmland as animals. In fact, you can raise insects right in your kitchen!

That’s the goal of Lepsis, a prototype countertop grasshopper breeder from designer Mansour Ourasanah in collaboration with KitchenAid.

“As a symbol of change, the product is a constant remember of the importance of food, its infinite diversity and our contribution in the survival of the planet and the fate future generations,” Ourasanah writes in his design summary. 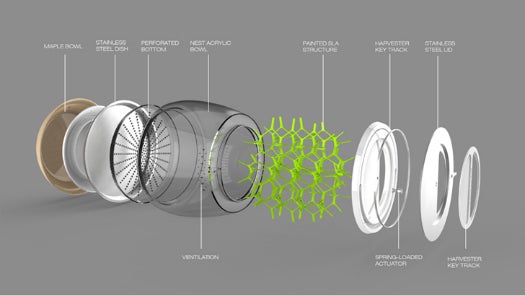 Lepsis comes with four different units–one each for breeding, growing, harvesting and killing your next delicious grasshopper burger. So far, it’s just in the prototype phase, and there aren’t a whole lot of specifics on how exactly the different units work–like whether it will kill your dinner swarm for you–but it’s a cool concept.

“Even though growing and eating insects is pretty repulsive to many people in the developed world, an attractive product like the Lepsis could help people to warm to the idea,” Inhabitat writes. America: where our eating habits can be entirely swayed by pretty new kitchen accessories.