A new design makes for lighter, more easily refilled guns, Nerf says. But is that enough for Super Soaker to remain king of the backyard? 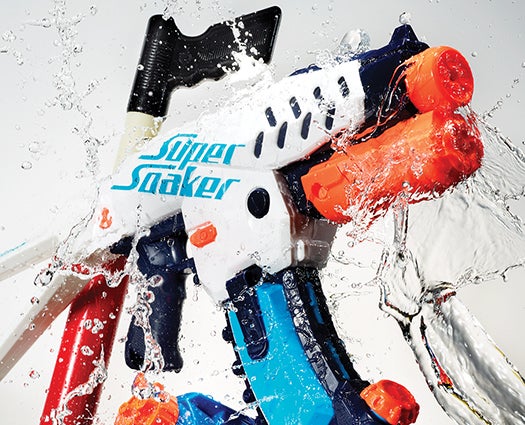 When the original Super Soaker debuted in 1989, it changed backyard water wars forever. With a pressurized reservoir system, it could hold more water and shoot farther and more accurately than its dime-store squirt-gun competition. As the rest of the field played catch-up, Super Soaker tanks grew larger—the biggest topping one gallon—which made for more soaking but also long refill times. With a recent Super Soaker refresh, which includes the Switch Shot, designers worked to speed things up, ditching the tank for water-filled magazines.

The Switch Shot works like a syringe. Users snap a 20-ounce cartridge into the bottom of the gun and pull back the handle. This creates a vacuum that draws water from the cartridge. Pushing the handle forward closes a valve over the cartridge and sends water out the nozzle. The design makes for lighter, more easily refilled guns, the Nerf designers say. Is that enough for Super Soaker to remain king of the backyard? The results are mixed.

We pitted the Super Soaker against two powerful competitors: the Water Warriors Python 2 ($15), which uses a reservoir, and the Stream Machine TL-750 ($18), which uses a piston to draw water from a bucket or pool and fire it. To assess range, we fired each over concrete and noted the furthest drop. To test output, we shot into a bucket for three seconds. To determine accuracy, we counted how many tries it took to shoot a cup from 20 feet away. 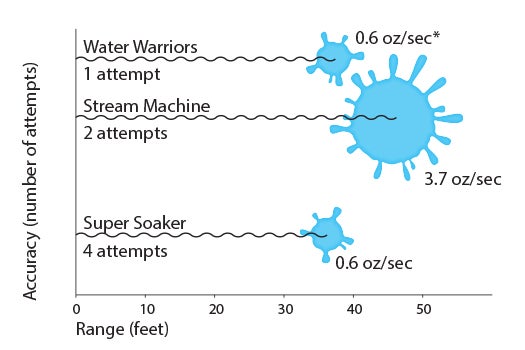