Including a vibrating sauna, an all-in-one credit card, a van that converts into a sports car and more 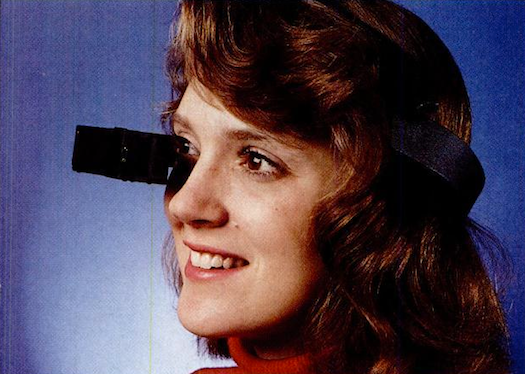 "The Private Eye, from Reflection Technology, is a video monitor that contains a servo-driven LED array. Result: The tiny one-inch screen produces an image comparable with that of a conventional 12-inch display," we wrote in December, 1989. We've been promised this technology for decades but the head-mounted display has yet to find its place among the mainstream array of personal electronic accessories. Numerous attempts have been made. Forgettable ones include the virtual reality mask worn by Pierce Brosnan's character in the 1992 motion picture "The Lawnmower Man" and Nintendo's ill-fated "Virtual Boy" gaming console in 1995. Back then, many users complained the headset made them nauseous and it wasn't worth the expense. Though more recently, Google is looking into the head-mounted display business, dubbing their attempt "Project Glass." Resembling a pair of reading glasses with lenses replaced by a heads-up display, "Google Glasses" are expected to become available by early 2014 for the cost of a smart phone.
SHARE

But what we do have in abundance are those quirky little inventions that make life just that tiny bit easier: affordable cell phones, GPS systems, high-speed internet, debit cards, frost-free freezers, budget airlines and longer-lasting batteries to name a few.

And then there are the inventions that never really took off.

The difficulty of predicting the future is that those predictions are often based on present technology. When Jules Verne wrote the novel “Paris in the Twentieth Century” in 1863, he envisioned the Paris of 1960 filled with glass sky-scrapers, high-speed trains, petrol-fuelled cars and even a worldwide “telegraphic” communications network. However, the main character still writes with a feathered quill pen.

You can look at a lot of inventions from the 1980s that way: futuristic solutions to problems we just don’t have today (and maybe never did). Herewith are 10 ’80s technological innovations that never became as integral to our daily lives as their inventors surely would’ve liked, lifted from the pages of Popular Science.

David M. Green is a comedian, writer and game show host from Melbourne, Australia. His TV quiz show “31 Questions” airs on stations around Australia and New Zealand and is available on YouTube. Season 2 is currently in pre-production for debut in mid 2013. Follow him on Twitter. 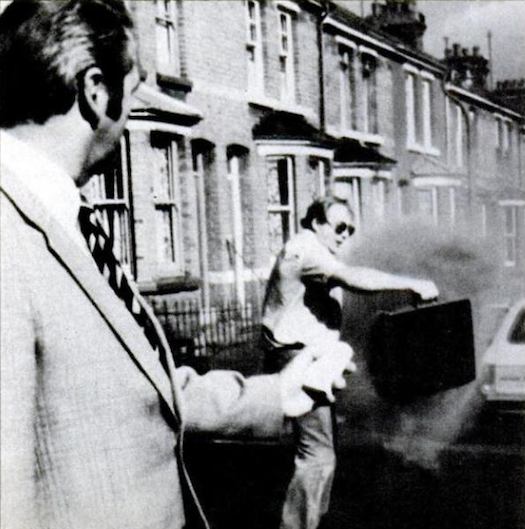 “Don’t resist – let the mugger grab your briefcase. As he escapes, punch a code on your transmitter. Vision-clouding red smoke billows forth as ear-piercing shrieks sound.” So we wrote in June, 1983. Crime was a bigger problem in the ’80s compared with today and evidently, a lot of business types were worried about having their briefcases stolen right out of their hands. Though these security devices do actually exist today, they are far from in common use. These days, if someone were running down the street with pink smoke billowing from a bag, the whole thing would likely be mistaken for a publicity stunt or student art project. 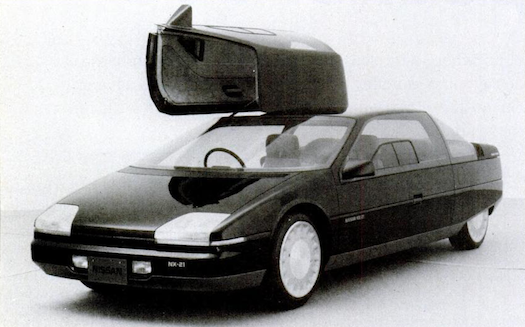 “Is this how Japan’s 21ST Century cars will look? Nissan says its experimental NX-21, with 0.25 drag coefficient and gull-wing doors, could be ready in the 1990s,” we wrote in March 1984. Still waiting, Nissan! Mind you, virtually every “car of the future” has gull-wing doors. (The term “gull-wing” comes from the doors’ resemblance to a seagull’s outstretched wings.) The first such car doors were pioneered by Mercedes-Benz in the 1950s and were the stand-out feature of their 1952 300SL. They also reappeared on the most recent Mercedes-Benz SLS AMG. Most famously, the doors were seen on the De Lorean DMC-12, which was immortalized as the time machine in the Back to the Future Trilogy. However, motorists today open their car doors outwards and not upwards because basically, there are more gull-wing door cons than pros. Gull-wing doors make it impossible to strap bulky objects to the roof for transportation. (Alas, people still have to move mattresses in the future.) There’s also the risk of becoming trapped inside the car in the event of a roll-over. Though contrary to popular belief, an upward swinging car door actually makes it easier to exit the car in a tight parking space. 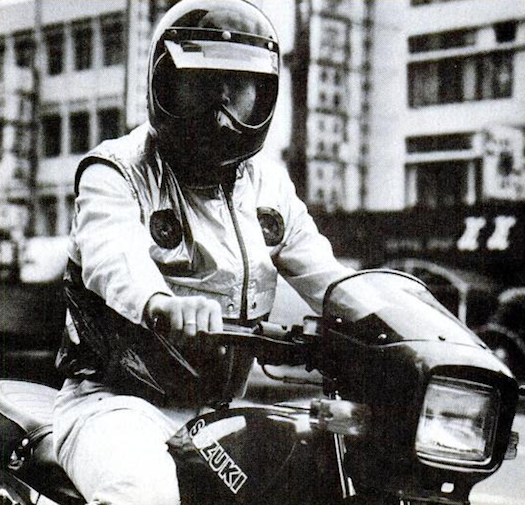 “You shouldn’t wear headphones while on a bike, so plug your portable stereo into the Stereo Sound Vest,” we wrote in December 1985. There have been many advancements in electronic clothing since then. But more practical to motorcyclists are heated jackets and gloves, which work like electric blankets running off the vehicle’s battery. 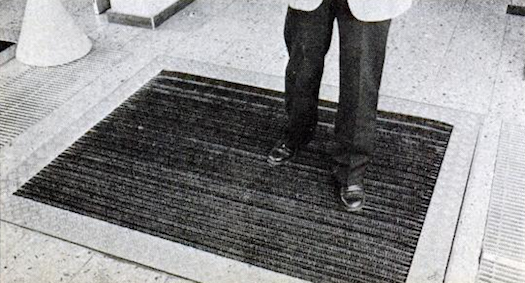 This German invention wins the prize for the most elaborate and expensive alternative to the simple act of wiping your feet on a doormat. “Stride across this mat and moving belts of bristles brush dirt off your shoes — without tripping you,” we wrote in April 1981. The key to the electric doormat’s anti-tripping technology were belts looped over separate pulleys, alternatively mounted on counter rotating drums on each side of the mat. As we know now, the low-tech version was good enough. 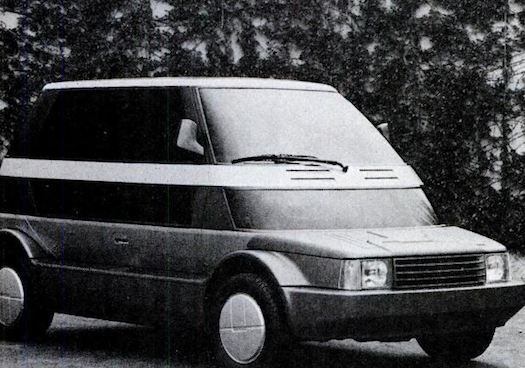 Ital Design envisioned a world where a car manufacturer could focus construction efforts on one model of car, which is in fact several models. Likewise, a business which may require both a van for transporting bulky objects and a sports car to woo clients could just buy one vehicle for both tasks. It’s essentially Inspector Gadget’s car. Though the idea never took off on a large scale, cars with interchangeable components can be seen on the road today. Many large four wheel drives have a removable rear section, allowing it to function as a utility vehicle. 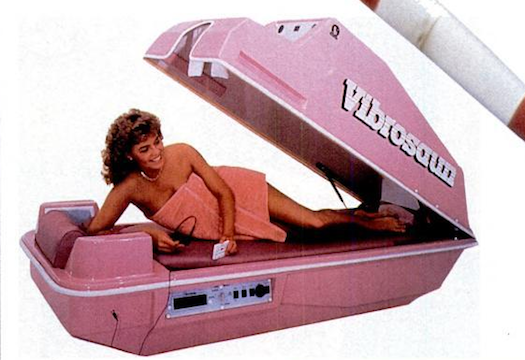 Many inventions from the 1980s were combinations of several other inventions. This device from “Vibrosaun International” combines a home entertainment system with an air conditioner and massaging chair, all housed within a personal sauna pod. “Keep a cool head while the rest of your body basks in dry heat of up to 170 degrees F,” we wrote in May, 1988. “The $5,995 Vibrosaun Body Conditioner has a face fan, built-in stereo system, and adjustable vibrator.” The creators probably envisioned a future in which everyone has one of these vibrating saunas in their living room. But if you want to try one out you’ll have to go to a specialist health or rehabilitation center. 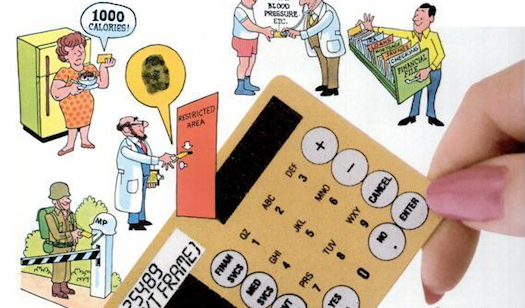 Resembling a slightly thicker credit card, this prototype from Smartcard International featured a battery powered two-line LCD screen with a 10-key alphanumeric keypad. It was designed to fulfill the functions of a bank card and security access card, and to be used with payphones and parking meters. It could even be used to store fingerprints, medical records and keep track of your calorie intake. “This is the Ulticard, a rigid piece of plastic that could be the first in a new generation of supersmart cards that help you in a variety of ways–from losing weight to saving your life,” we wrote in 1986. One card to rule them all. Open your wallet or purse today, and you’ll probably see a couple of bank cards, a driver’s license, a library card, a membership card for the juice bar down the street and a plethora of others. Most would agree a card that combines all of these cards into one single piece of plastic is a fantastic idea. Fast is, though, more and more of these functions are being performed by our smart phones. 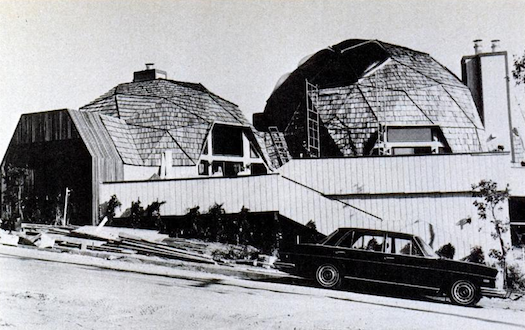 “When completed, Monterey One will be the world’s most energy-efficient home, claims Monterey Domes, Riverside, California,” we wrote in April, 1981. “The double-dome house has advanced passive and active solar heating systems. Rigid foam insulation gives walls an R-value of 30.” Less building materials are required to construct a dome, meaning less surface area and in turn a more efficient surface-area-to-volume-ratio. This means less exposure to heat during summer and less exposure to cold during winter and ultimately less reliance on electricity for climate control. It also means a more even heat distribution around the dome’s interior. In 2012, the suburbs of the United States are noticeably devoid of domes. For all its advantages, the humble dome home never seemed to overcome the hurdle of its strange appearance–or its incompatibility with straight-edged furniture. 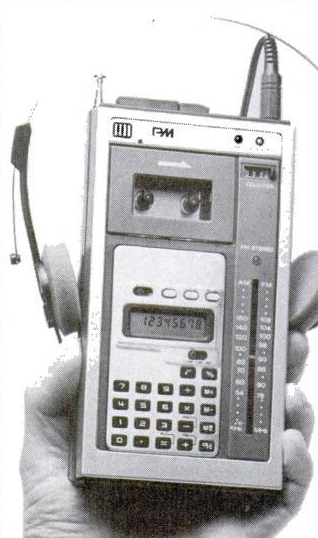 “AM-FM stereo, microcassette recorder-player, calculator, digital clock with wake-up alarm–it’s all-in-one, and it all fits in your hand,” we wrote in June, 1983. At the time this “Do-all system” was created, microcassette tapes were in common use in Dictaphones. Today they are completely obsolete. AM-FM radio will also soon cease, as it is replaced by digital transmission. Suddenly, the device that did everything in 1983 is today just a digital clock with a calculator strapped to it. But today, most of us do have a true “Do-all system” in our pocket. A smart phone can perform all these functions, plus a myriad of other functions that early ’80s inventors never dreamed of.

“The Private Eye, from Reflection Technology, is a video monitor that contains a servo-driven LED array. Result: The tiny one-inch screen produces an image comparable with that of a conventional 12-inch display,” we wrote in December, 1989. We’ve been promised this technology for decades but the head-mounted display has yet to find its place among the mainstream array of personal electronic accessories. Numerous attempts have been made. Forgettable ones include the virtual reality mask worn by Pierce Brosnan’s character in the 1992 motion picture “The Lawnmower Man” and Nintendo’s ill-fated “Virtual Boy” gaming console in 1995. Back then, many users complained the headset made them nauseous and it wasn’t worth the expense. Though more recently, Google is looking into the head-mounted display business, dubbing their attempt “Project Glass.” Resembling a pair of reading glasses with lenses replaced by a heads-up display, “Google Glasses” are expected to become available by early 2014 for the cost of a smart phone.
archives
Back to the Future
forensic science
Gadgets
Popsci Archive