A new analysis of telescope data has reduced the odds of a potentially catastrophic asteroid impact to less than one in a million, NASA says, effectively ruling it out. 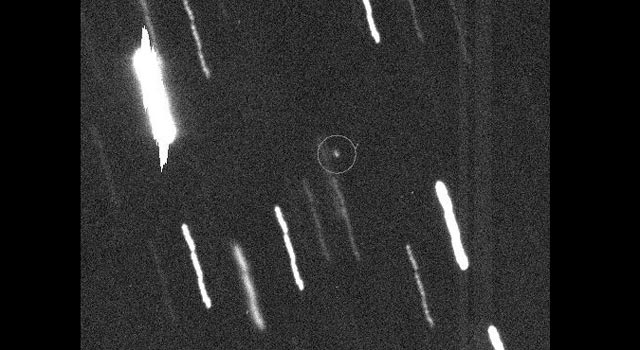 Good news from NASA: The asteroid Apophis, long thought to be on a potential collision course with Earth, isn’t going to hit us when it goes screaming past in 2036. NASA scientists have effectively ruled out the possibility of an impact by Apophis based on an analysis of data collected over the past two years by a variety of ground- and space-based telescopes. The world can breathe a collective sigh of relief.

Apophis has been high on the list of potential planet-threatening near-earth objects since its discovery in 2004, when initial projections indicated the three-and-a-half-football-fields-long space rock had a 2.7 percent possibility of impacting Earth during a flyby in 2029. The likelihood of that 2029 impact quickly dwindled to zero as more telescope data was collected, but that same data then suggested that Apophis retained a small chance of impacting Earth just a few years later when it returned for another close pass in 2036.

Those 2036 impact odds now stand at less than one in a million after the latest analysis, so we can all rest a bit easier. Sort of. In 2036, Apophis will still be the largest asteroid of its size on record to come so close to the home planet when it passes by at no closer than 19,400 miles above Earth’s surface. But just next month a much smaller asteroid known as 2012 DA14 (indicating that we only recently discovered it) will pass even closer at roughly 17,200 miles away.

The more and better telescopes we field, the more near-earth objects we find out there–and the more perilous our position in the solar system seems. Then again, these things have been harmlessly whizzing past us for the entirety of human history. Hopefully between NASA’s recent surging interest in asteroids and the private space industry’s commitment to tracking, studying, and eventually mining them we’ll have plenty of time to prepare (or pray) should a planet-killer set a course for us.