Iran’s President Ahmadinejad Is Ready To Go Into Space

After an Iranian monkey's (supposedly) successful flight, president says he is willing to go himself. 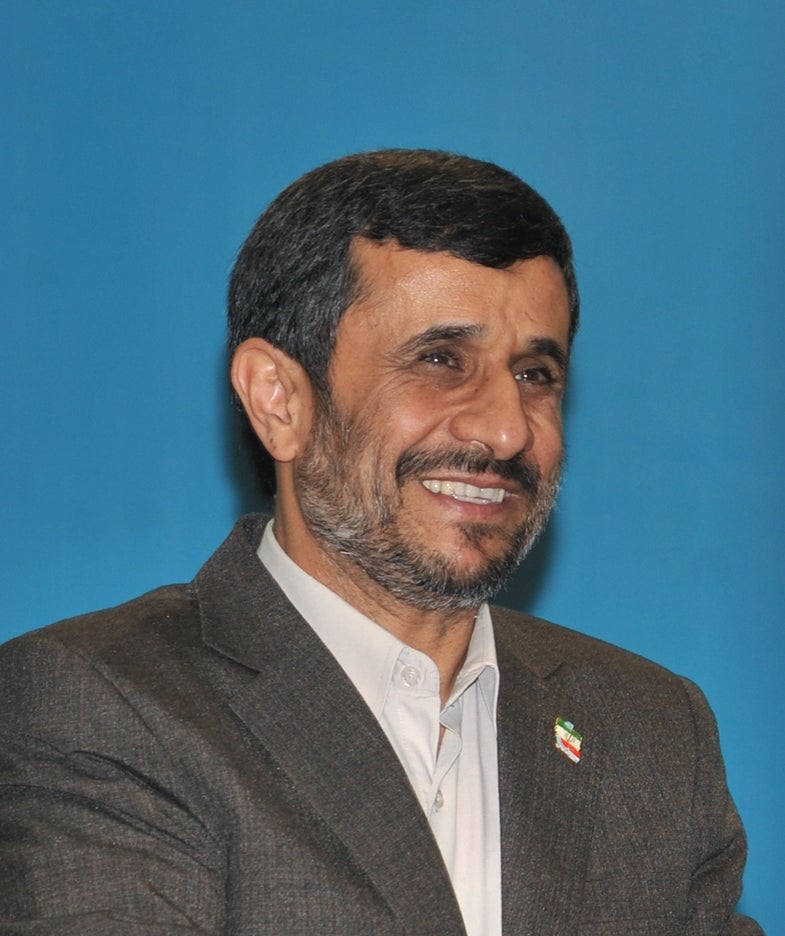 Mahmoud Ahmadinejad declared earlier today that he’s ready to launch into space, helping Iran’s fledgling space program by risking his own life as he nears the end of his final term as president.

The announcement came at an event marking the anniversary of the 1979 Islamic revolution, and a few days after Iran claimed to have successfully sent a monkey into space. That achievement was met with skepticism from many (including us), especially after Israeli nonprofit Space Israel pointed out that the supposed space monkey may have been a hoax. Pre-launch pictures looked different from the tuxedoed primate paraded before camera crews, they said.

The Guardian notes that within a few moments of Ahmadinejad’s announcement, a Facebook group sprung up called “In Support of Sending Ahmadinejad Into Space.” It’s in Persian, but you can like it here. One commenter already said “we’ll accompany him to the platform, we will even pay for the shuttle’s fuel costs.”

Ahmadinejad tries to promote Iran’s prominence in future technologies, appearing on stage with Iran’s weird dancing humanoid robot and bragging about the RQ-170 stealth drone it supposedly shot down. But these displays are often utterly ridiculous–like, for instance, the Iranian Flying Saucer of 2011.

Still, this is a pretty bold raising of the stakes. In the space monkey aftermath, Space Israel and other international observers have said they believe the monkey either never launched at all, or died in space. So this is a big risk for Iran’s president.

But Ahmadinejad’s second and final term ends in June, and as the Guardian further notes, he’s fallen out of favor with both parliament and the supreme leader, Ayatollah Ali Khamenei. So maybe he figures he’s got nothing to lose. When there are pictures of Ahmadinejad wearing a space suit, we will definitely share them.