3M’s New Streaming Projector Has The Brains Of A Roku 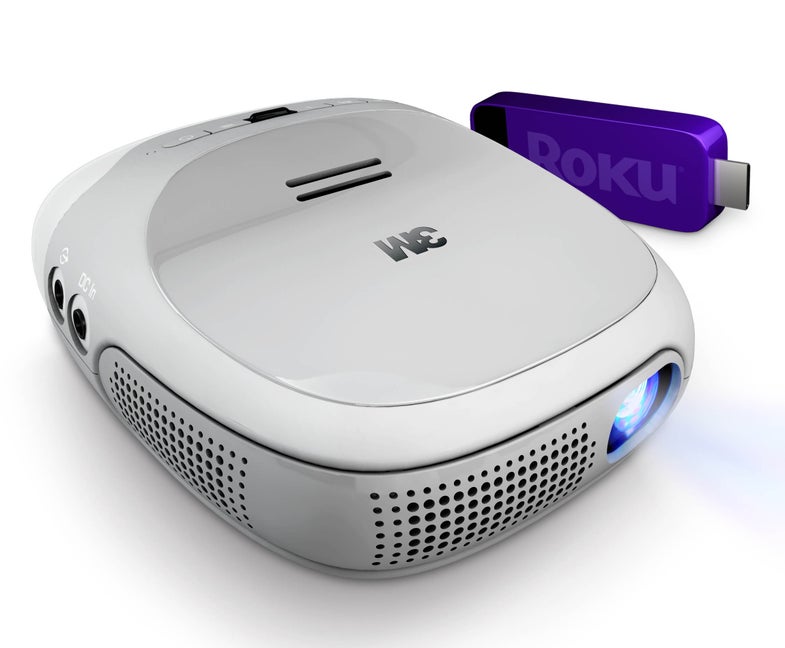 Today, 3M became the first company to do something real with the new MHL (mobile high-definition link) connection standard. MHL is a standard that can theoretically be used on any kind of port, though currently the MHL group is focusing on the HDMI port on your TV or projector. (This is a hardware change, to be clear–you’ll need to buy a new TV to get the advantages.) The new Roku’s Streaming Stick is one of the first accessories to use the tech, and 3M’s new Streaming Projector is one of the first displays to do so. The projector is bundled with a Streaming Stick, which they say is superior to a built-in system because it allows you to move your streaming capabilities from device-to-device with only one plug, and to upgrade the connected brains of the projector without having to buy an entirely new one.

Roku started show off the Streaming Stick earlier this year at CES. The 2-inch dongle contains all the hardware necessary to run any of Roku’s video apps (which they call channels); that includes a processor and Wi-Fi radio. The MHL standard is what allowed Roku to cram all that smarts into such a small package; the standard allows the Stick to draw power through an MHL port, which is the same size as an HDMI port, so they save all the real estate a power-supply would take up. (There are about 15 other MHL-ready TVs available from companies including Samsung and LG.)

On its own, 3M’s Streaming Projector is a completely serviceable, mobile home-theater device. The one-pound DLP projector produces 60 lumens and screens up to 120 inches across. A rechargeable lithium-ion battery provides about 2 hours and 45 minutes of battery life. It’ll be available through Amazon.com for $299, which includes the Streaming Stick and a remote. (The Stick on its own is $100).