The First Watch That Automatically Can Set Itself Anywhere

Even when you're out of range of the atomic master clocks 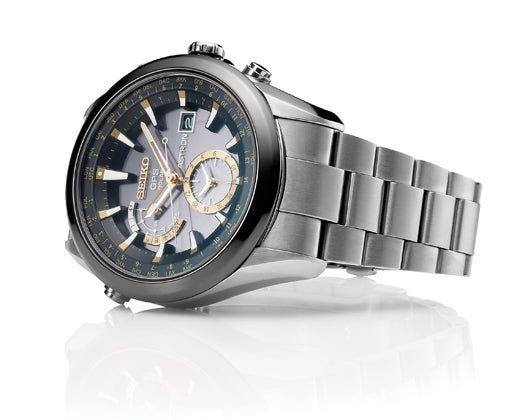 Even watches that sync with an atomic clock aren’t accurate everywhere. They contain a radio that picks up a signal from a long-range tower connected to atomic clocks around the world. But the towers have a range of only about 1,500 miles, leaving large regions, including South America and Canada, uncovered. The Seiko Astron is the first watch that uses GPS, so it can automatically set the time anywhere.

Seiko engineers connected the Astron’s quartz movement to a custom circuit board that contains a processor and GPS radio. The team programmed the processor with a world map broken into one million square quadrants, each associated with one of 39 time zones. Once a day, the GPS radio turns on and connects with four or more satellites orbiting the globe to pinpoint its location; the processor then determines which time zone it’s in and sets the date and time accordingly. (Users can also force the watch to reset by pressing a button on the side.) The Astron takes 30 seconds to sync, whereas atomic watches can take up to two minutes. And, because the lithium-ion-powered watch’s 1.5-inch face is made from a matrix of seven solar cells, travelers will never be caught with either the incorrect time or a stopped watch.