IBM Is Bringing Its Mega-Intelligence Watson to Your Smartphone

Siri is helpful when you want to schedule a reminder or look at the forecast, but wouldn’t it be better... 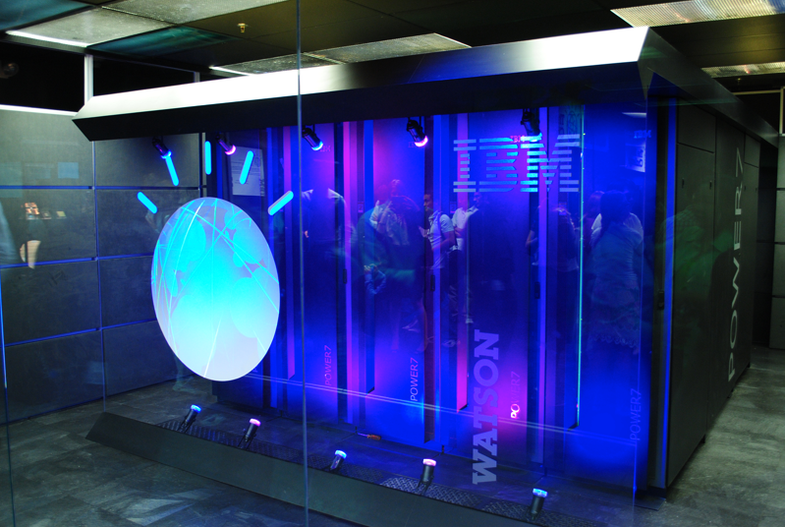 Siri is helpful when you want to schedule a reminder or look at the forecast, but wouldn’t it be better to have a bona fide Jeopardy! champ in your pocket? IBM is trying to figure out how to bring the power of its superbrainy Watson to smartphones, helping people answer far more complex questions.

Maybe a farmer would stand in his field and ask Watson where to plant his corn — the phone would chirp an instant reply based on Watson analysis of precipitation data, scientific studies and location trends, Bloomberg reports. Or maybe you can ask a couple questions and Watson can diagnose your illness, sending a a report to your doctor, offering advice on prescriptions and telling you where you can pick them up.

Siri can figure out what you’re asking (most of the time) even when you’re being conversational — ask, “Do I need an umbrella tomorrow?” and Siri understands that what you really want is a weather forecast. But Watson is far wiser, searching hundreds of sources instantly and interpreting even the most complicated request. It was able to figure out the tricky backward questions on TV’s finest trivia show, as you may recall.

A Watson app would theoretically connect to the real Watson, in IBM’s Yorktown Heights, N.Y., research center, where the 10 racks of Power750 servers would find your answer.

The challenge for now is power — a Watson app is still prohibitively power- and processing-hungry to be practical, and Watson itself needs tons of power to operate, Bloomberg says. And it can’t yet respond to spoken questions or images, though IBM is reportedly working on that: “A guy could say into his phone, ‘Here’s where I am and here’s what I see,’ lifting it up to take in images of the environment,” Katharine Frase, vice president of industry research at IBM, told Bloomberg.

Watson 2.0, which IBM is currently developing, will be more energy-efficient and even smarter, possibly making Watson apps a practical solution.