Almost every day, we see so-called “upgrades” to technologies that really don’t need the extra attention. Plenty of everyday gadgets... 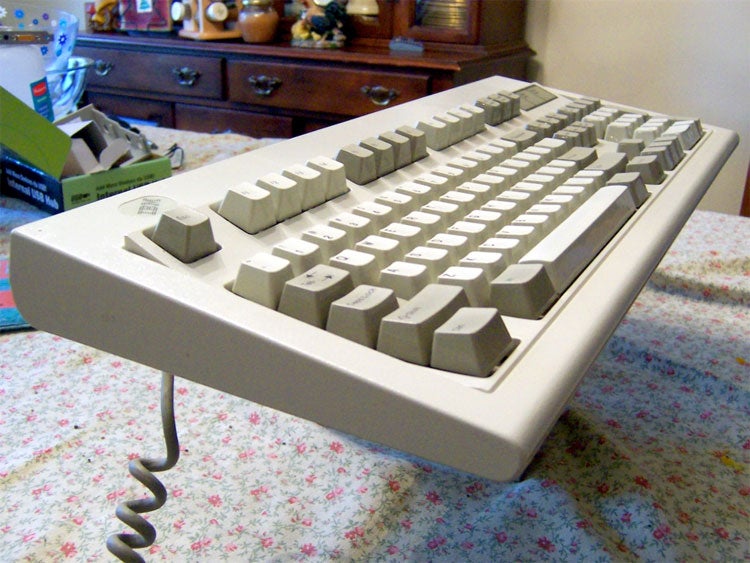 Almost every day, we see so-called “upgrades” to technologies that really don’t need the extra attention. Plenty of everyday gadgets haven’t changed much since they were introduced or invented, because, well, they work just fine the way they are. And trying to improve on something that’s already at the top of the food chain is a) a waste of time and b) likely to just make it worse for the wear. Companies need to face facts: there are technologies (like these five) that are practically perfect just as they are.

The most recent example (also the one that got us cranking to begin with), Microsoft’s pressure-sensitive keyboard, will perform different tasks based on how hard you press the keys, an interesting idea, but its necessity is surely debatable. Isn’t the computer keyboard already at the top of its game? It, and the rest of this bunch, sure seem that way to us. 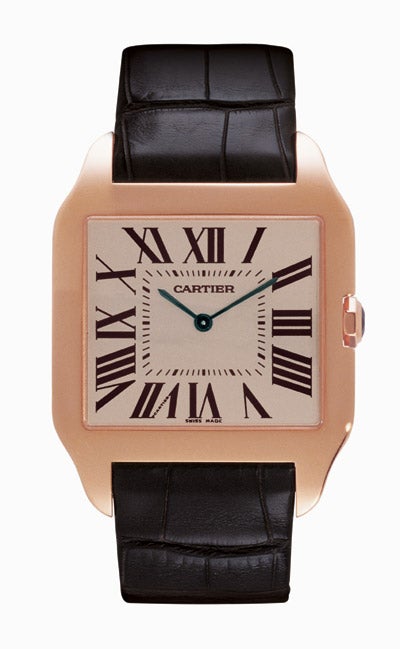 How it got here: People have been getting away with “Oooh my, would you look at the time…” since 1900 (1600, if you count the pocket watch), when time-keeping gears got small enough to strap onto your wrist. The first electric watches came out in the ’50s, and even digital watches have been around since 1970, when a Hamilton Watch Company prototype was developed a based off the digital clock in 2001: A Space Odyssey.

Reinventing the Wheel: The process of making a wristwatch hasn’t changed in decades, but some manufacturers are trying to make the watch more than just a timepiece by jamming in components that let you watch TV, listen to music, and make phone calls. Luxury watches, of course, have their place in the market, but “gadget-y” upgrades (with the possible exception of the calculator watch) struggle to catch on. 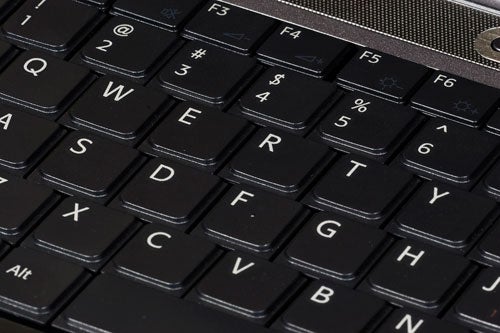 How it got here: Since typewriter inventor Christopher Sholes solidified the QWERTY keyboard in 1874, the design has undergone only the changes required to make it more functional, comfortable, and compact. Every computer system’s primary interface has been a keyboard since their onset.

Reinventing the Wheel: We’ll admit, some keyboard tweaks (like curved ergonomics, USB hubs and media keys) have been useful. Others, like Microsoft’s pressure-sensitive keyboard, make us plead for the madness to stop. Even enthusiasts can’t be convinced to buy keyboards like the famous Optimus Maximus, a keyboard with individual OLEDs under each key that can be customized to display whatever the user chooses. (The $1,600 price point surely didn’t help, either.) Even virtual keyboards have a slim chance of edging out physical keys, since they’re a nightmare for touch typists. 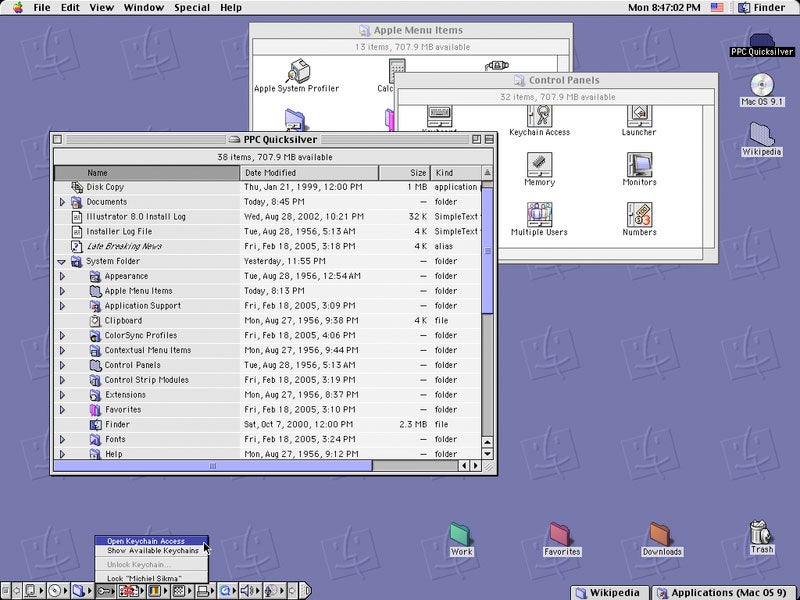 How it got here: It’s no coincidence that the desktop-style operating system user interface came about once PCs were able to locally store applications and documents for quick access (ahem, shortcuts), instead of having to load floppy discs every time you need to access data or run a different app. The Mac OS desktop “Finder” debuted in 1984 (yes, like the commercial), and Windows 1.0 first shipped in late 1985.

Reinventing the Wheel: Experimental operating systems where the user interface is based on motion capture or brain waves appear all the time, but that’s just the input device; they know better than to muck with the actual visual interface. Smart move. New Web-based operating systems and cloud computing could change the way we interact with our desktop, however: as more of our important data is kept in datacenters and away from our local computers, computer interfaces will also change to meet that demand. 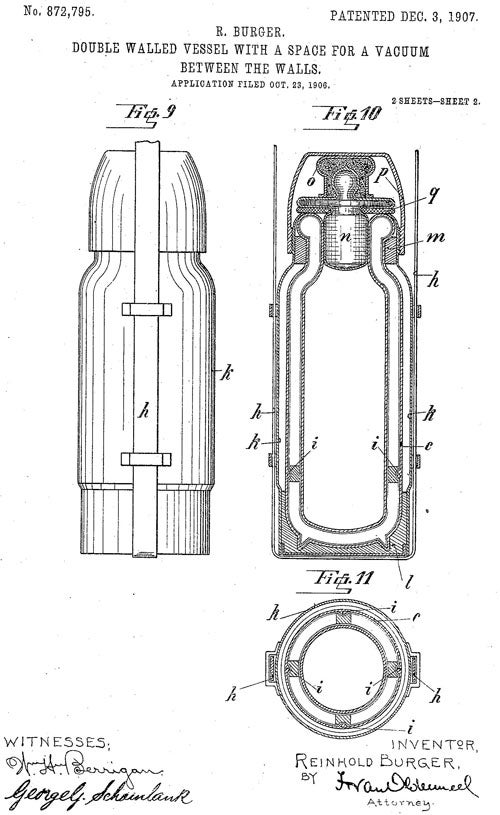 The Vacuum Flask (aka, The Thermos)

How it got here: Scottish chemist and physicist Sir James Dewar invented the vacuum flask Iin 1892 as a way to keep liquid nitrogen from warming up and turning into gas in his lab. He created a double-walled bottle, sucked the air out from in between the walls, and gave it a reflective coating to keep hot things hot and cool things cool to stop the outside temperature from affecting the contents — which came in handy when storing liquid nitrogen in his lab. In 1904, A German company called Thermos GmbH started producing vacuum flasks commercially and marketing them to the public as a way to keep soup, water, and coffee drinks hot for hours.

Reinventing the wheel: Instead of trying to improve a near-perfect product, manufacturers have wisely focused on playing with metals and alloys that help the vacuum flask keep its internal temperature longer and improved seals that keep liquid inside even under rough conditions. 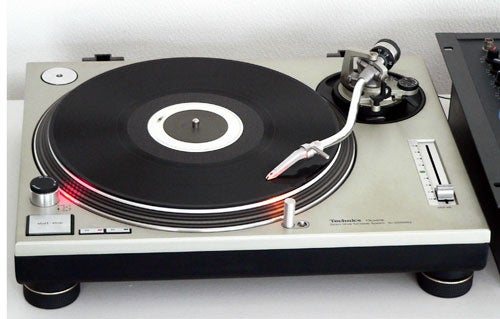 How it got here: Discs ousted cylinder-style sound recordings in the early 20th century, but it wasn’t until the proliferation of the direct-drive turntable that anyone nailed vinyl playback, Technics released the first direct-drive turntable, the SP-10, in 1969. Even though Technics followed up with similar models like the SL-1200 and SL-1200 MK2 (the most commonly used ‘table to this day), the guts remained the same: a motor underneath the playing surface directly spins the table.

Reinventing the Wheel: Many (Panasonic, Stanton and Numark to name a few) have tried, but the MK2 (first intro’ed in 1978) is still the go-to for DJs. In fact, it’s still in production more than 30 years later. Audiophiles, on the other hand, stick to belt-driven models which produce less vibration when spinning and maintain higher audio quality — they’ve also been around as long as direct-drive models. 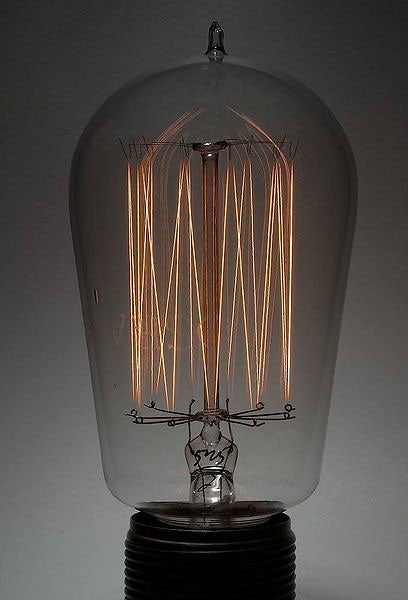 How it got here: No matter who you credit with inventing the original incandescent bulb (patents exist for Moleyns in 1841, Woodward and Evans in 1874, and Edison in 1879), it’s had quite a run. From its first commercial development in the late 1870s, on through some slight tweaks to size and shape, the bulb has been a glass-and-filament mainstay for more than 130 years.

Reinventing the wheel: Everyone’s teaming up against the incandescent bulb these days, whether its power-saving LEDs, or compact fluorescents, or a $10 million contest sponsored by the Energy Department to build a better bulb. The two main strikes against it: its not energy efficient and has a relatively short lifespan. Many countries around the world, including Cuba, Venezuela, Switzerland, and Ireland, have already banned the use of incandescent lights. At the same time, a number of scientists around the world are working on new, more energy efficient incandescent bulbs that retain the warmth and color of their older, less efficient cousins, so we could see a next-generation incandescent on the market in coming years. The day of reckoning for the incandescent light may be rapidly approaching, but you have to hand it to the thing for sticking around so long.